When duty conflicts with allegiance

Employees who work closely with the senior management are privy to such tricks. 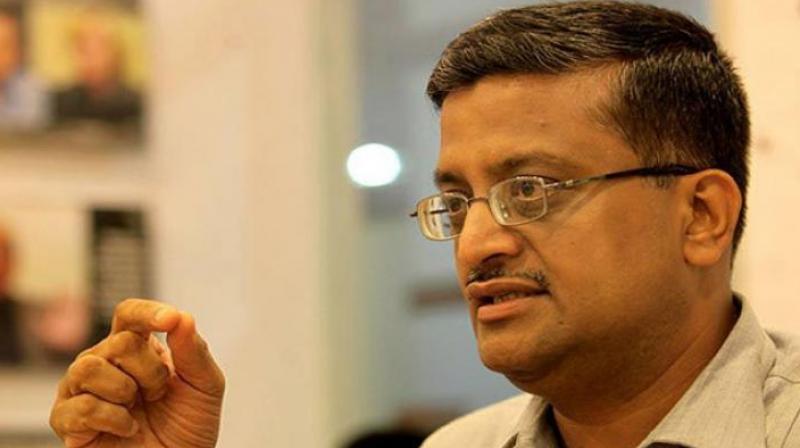 A common thread runs across three apparently different stories that were in the news recently. One of the stories is about the IAS officer Ashok Khemka, who has been transferred yet again (this is his 53rd in a span of 28 years!), writing to Haryana CM saying that pliable officers flourish. The second story relates to a call by IAS officers, former and serving, for a rethink on service rules that stop IAS officers from voicing their views in public. The third story is about the vice-president of Janata Dal (United) Prashant Kishor — a political strategist —publicly criticising his party’s support to the new citizen law and offering to resign.

So, what is a common thread in these stories other than the fact that they are all from the realm of politics/bureaucracy? The common thread is about the tension that exists between individuals and organisations in which they work or are affiliated to. One of the key reasons for this tension is a divergence between professional integrity of an employee and her/his organisation’s conduct or practice. In such cases, maintaining one’s professional integrity comes in direct conflict with toeing the organisational line. This puts most professionals in a dilemma whether to stay loyal to their profession or to be loyal to their organisation that give them their monthly pay cheques. And this is true not just in politics or bureaucracy. This kind of tension exists in most private organisations, too.

The reality is that most organisations do resort to various tricks such as partial disclosure of information instead of full disclosure, misrepresentation of facts, biased interpretation of results, incorrect risk assessments, window dressing or creative accounting and so forth. Employees who work closely with the senior management are privy to such tricks.

Faced with such situations, many people take a relaxed view. Some get co-opted into the system, and some adjust to the reality thinking that they are just a small fish in a big pond, why bother. But there are others who get agitated and voice their concern. If their higher-ups aren’t sensitive enough, the agitated employees either quit or get fired or get sidelined within an organisation for being outspoken.

Any organisation run by a good management will generally not indulge in unethical practices and will be sensitive to professional views of their employees. Still, a few points from the employee’s perspective are worth noting.

Young employees need to stay focused. Young employees have a steep learning curve as they move from the classroom to the corporate world, from principles to practice. They shouldn’t get perturbed when they see a huge divergence between the two different worlds. They have to get seasoned before they can figure out what is serious and what is not. Certainly, they shouldn’t be the ones taking on the senior management. Further, young employees need to watch out, lest they are used as tools by their seniors to stir up things. They need to stay focussed.

Don’t shy away from raising red flags. Professional’s dilemma is felt less by technical experts and more by those in managerial roles. Those who face it are the ones who are well-informed and better positioned to raise red-flags internally if they notice egregious violations. They shouldn’t shy away from doing so and be prepared for the consequences which can go either way. If the consequences are negative, they will at least have a higher self-respect.

Employees do have to give up on certain freedoms. When a person becomes an employee, s/he signs to give up certain part of her or his individuality and commit herself/himself to larger organisational goals. Working or speaking publicly against your organisation while you are still it’s employee will not reflect you in good light either. So, accept it.

Now, a couple of points from organisation’s perspective too.

When internal discussions are frank and open, employees are able to appreciate management’s decisions and able to defend those publicly.

Staff loyalty is to be earned and not bought. Organisations can buy staff time but they can’t buy staff loyalty. Staff loyalty is to be earned through good policies and practices such as respectful work environment, aligning work allocations with staff interests, rewarding merit and so forth. Generally, good organisations not only have staff-friendly human resource policies but those are also implemented in earnest.

Searching for the right people is not just the prerogative of organisations. People too must search for the right organisations. Unfortunately, not many people experiment with organisations and jobs or with being employed or self-employed. For some people, experimenting with jobs can be a luxury when too many qualified people are chasing too few jobs. But for most others for whom it’s not a luxury, even they get comfortable with their management’s conduct. Only a few of them turn out like Ashok Khemka. And you don’t see too many of them these days!