The announcement of the surge in new cases happened as the Hubei provincial and Wuhan municipal party secretaries were shown the door. 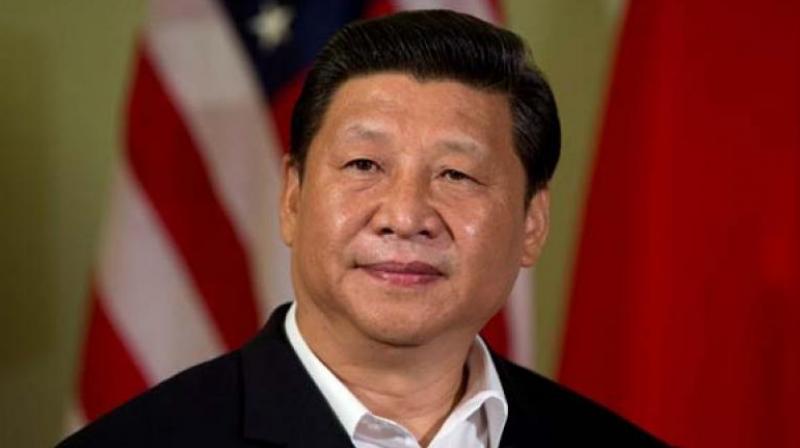 When scholars will write the history of modern China, one landmark will certainly be the day Mao Zedong founded the People’s Republic of China from the rostrum on Tiananmen Square in October 1949; another milestone will be when the students’ revolution was brutally interrupted on the same Square on June 4,1989.

The appearance of the CoViD-19 virus in Hubei in December 2019 seems destined to be another turning point in the life of the Communist Dynasty.

As I write this, more than 2,700 casualties have already been officially declared and 80,000 patients would have been infected; these figures are, no doubt, on the lower side of the reality.

Soon after the arrival in Wuhan of Chen Yixin, a Xi Jinping protégé, as new deputy chief of the Central Guiding Group on the virus, the National Health Commission decided to “readjust” the number of infected cases by reclassifying them; in one day, there was an increase of 14,840 new cases in Hebei province alone.

Bill Bishop, the author of the well-informed Sinocism Newsletter, commented: “The situation remains very grim in Hubei and more cities in the province are going into quarantine lockdown. Do not be surprised for significantly higher case numbers to come.”

The announcement of the surge in new cases happened as the Hubei provincial and Wuhan municipal party secretaries were shown the door. Ying Yong, the mayor of Shanghai replaced Jiang Chaoliang as Hebei’s party secretary, while Wang Zhonglin from Jinan province took Ma Guoqiang’s seat as Wuhan party secretary. Incidentally, on the same day, Xia Baolong was appointed to replace Zhang Xiaoming as head of the Hong Kong and Macau Affairs Office.

All this shows that the Middle Kingdom is in turmoil, a word frequently synonymous of great disasters such as famine, floods, earthquakes …or epidemic. Often in the past, the emperor lost the mandate of heaven to rule when this occurred.

It is during these days that President Xi Jinping chose to disappear for several days from TV screens and the Chinese media (two of his colleagues of the politburo’s standing committee, Wang Yang and Zhao Leji have not been publically seen since January 25).

On February 10, a masked Xi finally reappeared in a hospital in Beijing, where he talked to workers of three hospitals in Wuhan via videoconference: “Wuhan is a heroic city, and people of Hubei and Wuhan are heroic people who have never been crushed by any difficulty and danger in history.”

On the occasion of his well-orchestrated return, Xi was pompously named “commander of the People’s War against the epidemic”.

Despite many laudible efforts such as building a 1,000-bed hospital in one week, the people of China are angry.

Dr Li Wenliang, one of the first doctors who sounded the alarm in December, was, in the  first place, severely reprimanded by the local authorities. When he passed away, the Wuhan Central Hospital chose to deny his death, triggering a deeper anger among the Chinese public. The regime’s hesitations to announce Dr Li’s death show the dilemma of the Communist Party.

But there are others collaterals with perhaps far more serious implications for China’s future.

Following the death of Dr Li Wenliang, a letter signed by hundreds of intellectuals asserted that he was a victim of speech suppression: “For thirty years the Chinese have been made to surrender their freedom in exchange for safety, and now they fall prey to a public health crisis and are less safe than ever. A humanitarian disaster is upon us.”

The signatories have five demands; first, February 6, the day Dr Li died, should be declared “National Freedom of Speech Day”; second, the National People’s Congress should implement the right to freedom of speech guaranteed by Article 35 of the Chinese Constitution; third, the State must immediately cease censoring social media and deleting or blocking accounts. The intellectuals also asked that all citizens across the country should be treated equally and receive timely, proper, and effective medical care and finally “beginning from today, [the State should] implement the [Chinese] Constitution”!

That is not all: Xu Zhangrun, a law professor at Tsinghua University in Beijing, who has been under suspension, blamed Communist Party leaders for putting politics ahead of the people in a strongly worded piece published on overseas Chinese-language websites: “The political system has collapsed under the tyranny, and a governance system [made up] of bureaucrats, which has taken [the party] more than 30 years to build has floundered,” he said.

Xu also affirmed: “The level of popular fury is volcanic and a people thus enraged may, in the end, also cast aside their fear. Herein I offer my understanding of these developments in the broader context of the global system. Being mindful also of the cyclical nature of the political zeitgeist, and with a steady eye on what has been happening here in China since 2018 [when Xu published his famous critic of the regime, accusing Xi Jinping to have granted to himself an unlimited tenure].”

At the same time, some Chinese websites quoted Wen Jiabao, the former Chinese premier, saying: “Without the success in reforms of the political system, a historical tragedy such as the Cultural Revolution may be reborn.”

Wen elaborated: “Now that the reform has reached a certain stage, without the introduction of political reforms, it is impossible to carry out the economic reform to their end, and the achievements already made may be lost. …With the development of the economy, problems such as unfair distribution, lack of integrity, corruption, etc. have arisen. …we must not only reform the economic system, but also reform the political system.”

To make things worse, it appears that there is some unhappiness within the People’s Liberation Army (PLA). On February 10, the Central Military Commission (CMC) issued stricter regulations for the relationship between the PLA and the civil regional governments; this was directly linked with the PLA’s role in the fight against the virus. The political work department, the logistics support department and the discipline inspection commission jointly issued a “notice” which listed 13 “strictly forbidden” items, for example, “[barring] PLA units to accept visits and donations from local civil units, enterprises, and individuals, in the form of money, marketable securities, and other payment vouchers”.

On the Chinese social media, commentaries said that the CMC did this to prevent the military units and local governments from colluding.

At the same time, the State has increased its monitoring of the common man; many netizens recently received a notice from Douban, the popular Chinese social network, “the news you posted has been removed as it contains radical political or ideological content”. It referred to the lyrics of the Chinese national anthem that starts with: “Arise, ye who refuse to be slaves!”