360 degree: The legitimacy of Capital punishment

Law Commission felt time has come for India to move towards abolition of the death penalty. 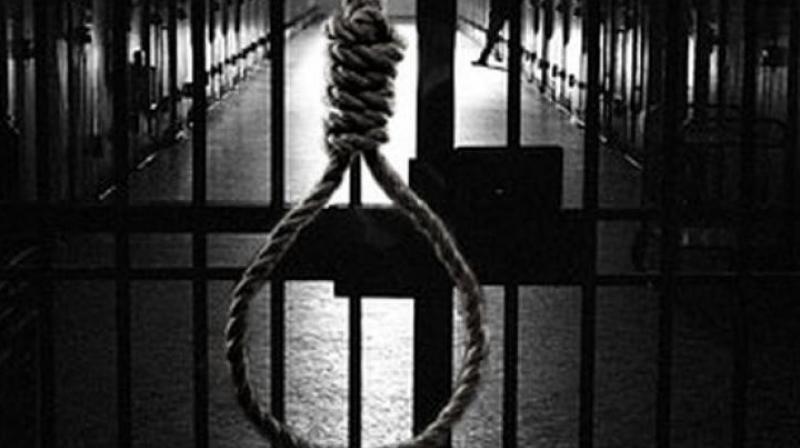 Law Commission felt time has come for India to move towards abolition of the death penalty. It hoped the movement towards absolute abolition will be swift. But it is difficult to agree with the Commission’s majority opinion.

To be or not to be, is the question. To live, or to extinguish life? William Shakespeare’s question posed in Hamlet in 1602 haunts policymakers across the world still: whether or not to award capital punishment.

The terms “capital” is derived from the Latin capitalis, “of the head”, referring to execution by beheading. Beheading is barbaric. Although most nations (more than 100) have abolished capital punishment, many countries have retained it. Over sixty per cent of world’s population live in countries where execution takes place, such as in India, the United States, China, Indonesia etc.

Historically, execution of criminals and political opponents has been used by nearly all societies both to punish crime and to suppress political dissent. Normally capital punishment is reserved for murder, terrorism, war crimes, reason, espionage etc. In some countries rape, adultery, incest carry death penalty. In many countries drug trafficking is also a capital offence. In China, human trafficking and serious cases of corruption are punished by death penalty still.

In India, recent terrifying rape-and-murders gave rise to calls for death to rapist-murderer.  So, will Law Panel’s recommendation of death for terrorists give a leeway for a demand for the inclusion of rapists-murderers? Where do the demands stop? And are these demands justified?

Although several members of the Constituent Assembly were opposed to death penalty, yet founding fathers of India’s Constitution retained capital punishment. Parliament, through law, prescribed death penalty in many situations such as murder, mutiny by a member of armed forces, waging a war against the government etc. First fetter was imposed in 1973 when Section 354 (3) of the Code of Civil Procedure, 1973 impelled the judiciary to give special reasons for capital punishment.

Then, on May 9, 1980, came the landmark verdict of a Constitution Bench of the Supreme Court in Bachan Singh vs State of Punjab [1980 (2) SCC 684], in which the constitutional validity of death penalty for murder provided in Section 302 of the Indian Penal Code (IPC), and the sentencing procedure stipulated in Section 354 (3) was impugned. The Supreme Court by a split verdict of 3 to 2 rejected the challenge to the constitutionality of Section 302 of the IPC and Section 354 (3) of the CrPC (Justices Chandrachud, Gupta and Untwalia). The minority view (Justices Bhagwati and Sarkaria) struck down Section 302 of IPC as unconstitutional and void in so far as it provides for imposition of death penalty as an alternative to imprisonment for life.

The Bachan Singh judgement propounded “rarest of rare” doctrine. It is now well settled that life sentence is the rule and death sentence an exception. This is also buttressed from the fact that in several important judgments involving serious crimes, the Supreme Court declined to award death penalty to convicts. Judgements pertaining to Graham Staines, Jessica Lall, Priyadarshini Mattoo etc., bear testimony to this jurisprudential trend.

But then Bachan Singh case also opened up a challenge to the judiciary: What constitutes  “rarest of rare”? There is no statutory definition. It is entirely in the realm of judicial discretion without any legislative yardstick. Of course, who else, but only a Judge, can award a death sentence. An element of discretion/conscience is always ingrained in every judicial function. And, as American Chief Justice Earl Warren [1891-1974] said, in civilised life, the law floats in a sea of ethics.

Law Commission of India took note of above situation and, in its 262nd report recommended that death penalty be abolished for all crimes other than terrorist related offences and waging war against the Government of India. The Commission felt that time has come for India to move towards abolition of the death penalty. The Commission further hoped that the movement towards absolute abolition will be swift and irreversible. With respect, it is difficult to agree with Law Commission’s majority opinion. The line of demarcation between terrorist related offences and other heinous offences is blurred. Criminals must face punishment. Greater the ferocity of offence, higher should be the penalty. India is a vast country with multi-faceted strife in every field. It is premature to abolish death penalty now or swiftly in future. Time is not ripe yet. Existence of death penalty acts as a deterrence, and awarding death sentence must continue to remain in the realm of judicial discretion/wisdom. Also, under Articles 72 and 161 of the Constitution, the President and Governors, respectively are powered to grant pardons, reprieves, respites or remissions of punishment or to suspend, remit or commute the sentence of any person convicted of any offence.

Although death sentence may be retained, but procedure to execute must improve. Beheading or hanging till death is barbaric, uncivilised and epitomises state cruelty. Penalty of death sentence can surely be executed in a more civilised manner; for example, extinguishing life by injecting painless medicine. Article 21 of India’s Constitution sanctifies extinguishing (depriving) life by “procedure established law”. Extant established procedure of hanging till death is most cruel. Indian civilisation in 21st century cannot afford to remain so insensitive. The State must invent a better procedure to extinguish life. Cruelties committed by criminals can, by no means, justify contra procedural cruelty committed by the State. Death penalty may thus be retained in rarest of rare cases, but the State may extinguish life in a civilised and less cruel manner.

The writer is Senior Advocate,Supreme Court of India and former Additional Solicitor General of India