Sebi too kept its eyes shut all these years despite losses mounting alarmingly. 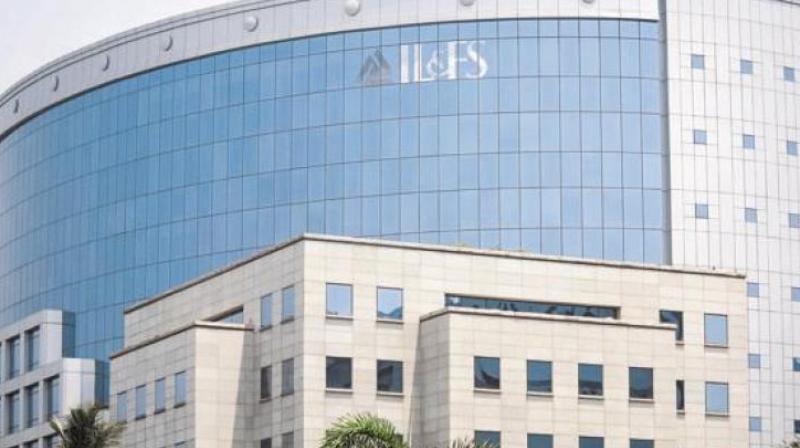 IL&FS’ downgrade to junk has put Rs 10,000 crores worth of investments by insurers and pension funds at risk, shaking the foundations of India’s financial sector.

When you hear the sound of hooves, you normally think of horses, not zebras. The architecture of the Infrastructure Leasing & Financial Services Ltd (IL&FS) Group is very much like a zebra, part of the African equids or horse family, but each distinctive with their black and white striped coats. Over its 30-odd-year history, ruled by a closed user group of individuals IL&FS, which is the holding company, has created a maze of companies and while all are mentioned in the annual report, the construct is like a secret society — over a dozen companies, 23 direct subsidiaries, 141 indirect subsidiaries, six joint ventures and four associate companies. On a consolidated basis, the company closed the financial year 2017-18 with a revenue of Rs 18,798.78 crores and a loss of Rs 1,886.85 crores. The group’s consolidated debt increased by Rs 11,211 crores in financial year 2017-18 to Rs 91,091.30 crores as of March 2018, according to its filings with the Registrar of Companies. Nearly 82 per cent, or Rs 74,591 crores of it, is contributed by its subsidiaries.

IL&FS’ downgrade to junk has put Rs 10,000 crores worth of investments by insurers and pension funds at risk, shaking the foundations of India’s financial sector. Of the company’s standalone outstanding borrowing of more than Rs 16,500 crores as of May 2018, about 60 per cent is through non-convertible debentures, according to filings with the Registrar of Companies. Nearly all these instruments, documents show, are subscribed by insurance companies, and provident and pension funds, including Life Insurance Corporation of India, General Insurance Corporation Ltd and the National Pension System Trust. Practically, every corner of India’s financial spectrum is touched by this malfeasance. Three of the principal shareholders — LIC 25.34 per cent, Central Bank of India 7.67 per cent and State Bank of India 6.42 per cent — are government-owned institutions, totalling almost 40 per cent of the company’s shareholding, and still the government and its regulating agencies did not see how deep the rot had set in due to continuing financial jugglery.

Of the 141 indirect subsidiaries, there are as many as 50 which are designated foreign companies — from Spain (11) to Singapore (11) to the UAE (6) to Mexico (3) to Brazil (2) to Colombia (2) to Albania (1) to Portugal (2) to Mauritius (3) to the United States (1) to Hong Kong, Indonesia (2), the UK, the Philippines (2), Nigeria, and even Seychelles, subsidiaries sprouted up all over the world, making it a true blue transnational company. The trail that starts from Marina Bay Financial Centre and leads to San Pablo, Mexico, and leads all the way to Cyber City, Mauritius, and winds its way to San Severo Madrid, criss-crosses the globe but is nothing but a labyrinth of losses.

Global credit rating agency Moody’s has pointed out that the troubles faced by the IL&FS Group would also impact banks. Banks’ exposure to IL&FS’ weak road projects may not have been recognised as non-performing loans so far on account of an expectation of parental support, the rating agency said. It added that the group’s complex corporate structure could result in a high variation of ultimate losses across banks depending on where the banks’ specific exposures lie. IL&FS has a complicated structure, with the holding company at the top owning stakes in its financial services arm as well as in multiple subsidiary companies that operate its infrastructure assets. Concerned, the RBI has also started a special audit on the infrastructure financer after it defaulted on about Rs 250 crores worth of inter-corporate deposits to Small Industries Development Bank of India (SIDBI). The company further defaulted on inter-corporate deposits worth Rs 150 crores to SIDBI, therefore taking its total default on inter-corporate deposits stands at Rs 450 crores, setting off reverberations across financial markets. HDFC, which has a 9.02 per cent stake in the drowning entity, tanked on Monday, down Rs 120 to close at Rs 1,718.

Ravi Parthasarathy, an alumnus of IIM Ahmedabad and co-founder of finance firm 20th Century Finance, joined IL&FS in 1987 as president and chief executive officer and was appointed as managing director in 1989. For 30 years, he operated as the uncrowned king of this corporate, the design of which is an enigma. Known in the corporate world for his deal-making skills, he was later designated executive chairman of the company. The dominoes started falling when the 66-year-old credited for having built the group resigned as its chairman after spending nearly half of his life with IL&FS. While health issues reportedly made him hang up his boots, a professional in infrastructure financing said it was “too long and too opaque” a tenure. Opacity became the norm at this monolith.

Remarkably, how Indian regulators failed to change the well-entrenched incumbent management at IL&FS for years remains a modern conundrum. Finally, once talk of LIC trying to bail out the embattled IL&FS emerged in the media, action has been taken and people have been removed, not just at Yes Bank, Axis Bank and ICICI, but the IL&FS groupies were finally sent packing. Sebi too kept its eyes shut all these years despite losses mounting alarmingly. More importantly, the same management for years managed to blindside the regulators who in any case were deep in the arms of Morpheus.