Prophet himself was an epitome of modesty and humbleness, as several hadith narrators, like Ibn Umar, have reported. 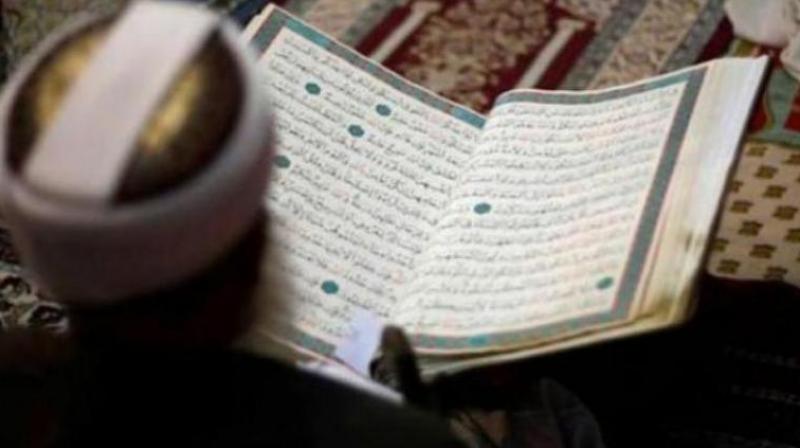 In fact, it is this supremacist attitude that is strongly discouraged in this ethical Qur’anic trajectory. (Representational Image)

The Arabic word Haya’a (humility), which etymologically comes from the root letters of Hayat, meaning life or vitality, is highly significant in Sufi discourses. Most Sufi mystics have stressed the need for Haya’a for all spiritually inclined people. They particularly quote the hadiths — sayings and traditions of Prophet Muhammad (pbuh) — in relation to this spiritual conduct.

Prophet Muhammad is reported to have said: “Haya’a (humility) is part and parcel of Imaan (faith)”, and that it does not “bring anything except good.” Prophet himself was an epitome of modesty and humbleness, as several hadith narrators, like Ibn Umar, have reported. He was so humble that he never fixed his eyesight on anyone due to his exceeding modesty, neither did he look at a person in the eye while meeting him face to face.

In reality, this degree of Haya’a or humility is antidote to the egoistic behaviour of Takabbur (arrogance and haughtiness) and all other forms of supremacism. It is enunciated in the Qur’an that supremacism and egotism (istikbar) was the reason why Iblis (the chief Satan) was expelled from heaven. When God created Adam and asked Iblis to bow down to him, he said in utter arrogance: “I am better than he; You created me from fire and Adam from Clay.” (Holy Qur’an 7:12)

In fact, it is this supremacist attitude that is strongly discouraged in this ethical Qur’anic trajectory. Thus, it imbibes the spiritual value of haya’a (humility) and tawaz’u (modesty) as an antidote to supremacism (istikbar), arrogance (takabbur) and self-centeredness (anayiyat). Therefore, majority of Sufi mystics have dwelt on the crucial significance of haya’a in their oral transmissions and teachings and have embodied it through their saintly practices.

Shaikh Abdul Qadir Gilani, head of the Sufi saints, popularly known as Ghaus-ul-A’azam, has clearly stated it in his spiritual discourse, Gunyah al-Talibin: “The humane moral conduct should not be affected by the rudeness of creatures, once s/he has been acquainted by the truth.”

Renowned Sufi philosopher, Imam Ghazali has enumerated several prophetic anecdotes on the virtues of haya’a in his book, Ihya-ul-Uloom (Revival of Knowledge). For instance, he quotes the Prophet as saying: “Two things — haya (modesty) and iman (faith) — go hand in hand. If one is lifted, the other is also lifted. Every faith tradition has an innate character. The character of Islamic faith is modesty.”

In another spiritual discourse, namely Bidaya-tul-Hidayah (The Beginning of Guidance), Ghazali explains the root causes that lead to the loss of haya’a in one’s character. Those causes are takabbur (arrogance), riya’a (pretentiousness) and shurah (desire for fame). He goes on to explain, “These inclinations come from one’s ruinous pursuit which destroys most people, for nothing destroys people except people themselves.”

An early Egyptian Sufi saint, Hazrat Zun Noon Misri, has described haya’a as being ever-conscious of the divine presence in one’s heart and feeling remorse about his or her earlier transgressions against the divine will. Similarly, Persian mystic Imam Qushairi writes in his famous Sufi treatise — Risalah Qushayriah — that haya’a implies the constant God-consciousness in all words and actions.