Beijing and New Delhi are two capitals of two of the most populated nations of the world. 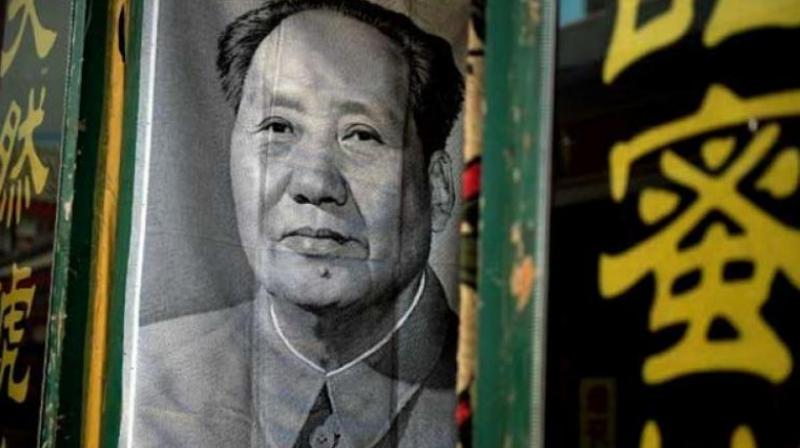 China’s legendary revolutionary leader Mao Zedong, standing in front of Beijing’s Tiananmen Square in the 1950s, talked about Tibet and the Himalayas: “Xizang (Tibet) is China’s right hand’s palm, which is detached from its five fingers — of Ladakh, Nepal, Sikkim, Bhutan and Arunachal (formerly NEFA). As all of these five are either occupied by, or under the influence of India, it is China’s responsibility to ‘liberate’ the five to be rejoined with Xizang (Tibet).”

Beijing and New Delhi are two capitals of two of the most populated nations of the world, with the Himalayas forming the most formidable barrier to an extensive interaction between them. The Himalayas, however, have much more to do with Hindu history, culture and the traditions of South Asia than that of China owing to its remote distance from China. Beijing owes its glorious rice culture more to the Hwang Ho and Yangtze rivers than to the Himalayan rivers of the Sindhu, Ganga and Brahmaputra.

Just like Jerusalem is the cradle of both Christianity and Judaism, and Mecca and Medina the centre of Islam, the Himalayas and its waters have played a seminal role in the rise, growth and development of Hinduism, Buddhism, Jainism and Sikhism. The Chinese owe the origin and development of their glorious civilisation more to the twin non-Himalayan river valleys of the Hwang Ho and Yangtze than to the remote Himalayas, the abode of snow. The name originates from the combination of two Sanskrit words “him (snow)” and “alay (abode)”.

Indeed, the “five fingers” of Beijing are rather too far when compared to the distance thereof from Delhi. Nevertheless, let us see things from Beijing’s point of view as well, in the light of its BRI/CPEC and SCO objectives. Several of its “economic” projects have been given different names to keep the non-Chinese guessing. That is the Chinese way, which could be to look different without being different. Why? Because the goal is always fixed. It’s the way to the acquisition of land and money, in the old Chinese tradition of kowtowing by rivals. Even when things do not exist, there is a need to make them “exist”. Almost like that of Voltaire’s logic: “Even if God did not exist, it would be necessary to invent him”. The belief has to prevail. If not today, in the long term and in the long run. The Chinese can go on hammering. The wall is bound to crack and crumble inevitably one day.

Ladakh is still with India, forced Chinese part-occupation notwithstanding. Nepal is independent and pursues its policy with great élan, despite its abolition of the monarchy and the tag of being a Hindu state. Sikkim joined India on its own volition in 1975, and there doesn’t seem to be any sign of a reverse gear. Bhutan too can’t be penetrated, as it is too steadfast in its approach. The proposed Chinese embassy in Thimphu is still a long way off. Arunachal Pradesh is one of the 29 states of India, and there is little to suggest that it can be anything other than that.

Therefore, the direct approach to “liberate” the “five fingers” of Xizang needs to change to an indirect one. How? By the application of “economics”. Development, investment, people-to-people contacts, profit, infrastructure, connectivity and corridor are alluring words. The Chinese aim to entice them, cajole them, as they are all landlocked terrain. All are “helpless” at the mercy of others. They need “liberation” by or under someone. Dissatisfaction and resentment is the key to their changing sides.

To begin with, a country has to have proximity to sea outlets. Five landlocked fingers cannot operate from Gwadar Port on the Arabian Sea. It is remote and turbulent. It has to be the Bay of Bengal, with its six ports of Kolkata, Haldia, Khulna, Chalna, Cox’s Bazar and Chittagong. Nathu-La to Kolkata is 727 km, Dhaka 640 km, Chittagong 900 km.

No wonder China is anxious to open its embassy in Bhutan to balance New Delhi’s influence and to breach Siliguri’s “Chicken’s Neck” of less than 80 km to reach the shoreline of the Bay of Bengal. It does not matter what it takes to achieve the so-called economic goal. It matters little whether or not turbulence is created to breach the established polity of India and reach the beaches of West Bengal and Bangladesh. It is simply “economics”!

One of the priorities is the Sino-Bhutan border “issue”. The year 2017 has seen hectic Chinese activity in Bhutan — with very little effect though. They are trying hard in the Chumbi Valley tri-junction of Bhutan, Sikkim and Tibet. The Yadong railway will also reach Kathmandu via Gyirong (Tibet). The Chinese want a railway line through Bhutan, West Bengal and Bangladesh as well. Not too soon, it appears, as tension and turbulence go on increasing in the highly vulnerable Chicken’s Neck area of India, that in turn may well contaminate all four nations in the neighbourhood — Bangladesh, Bhutan, India and Nepal. Paradoxically, however, the adverse effect on these four nations is likely to be advantageous to China.

The Chinese hopes still revolve around Mao Zedong’s unfulfilled dreams. Hence, the renewed Chinese keenness to go to the east as well as the Northeast in Indian territory. India is the gateway to all the five (landlocked) fingers. The gate must be prised open — the sooner the better. It is the all-embracing “Chinese economics”: which Beijing sees as the only way to “liberate the “five fingers”.