What killed Sridevi before she died

C P Surendran
The writer is a poet, novelist and journalist based in New Delhi, and his latest collection of poems is Available Light.

The fact remains that all of us live in a world that worships looks and youth. 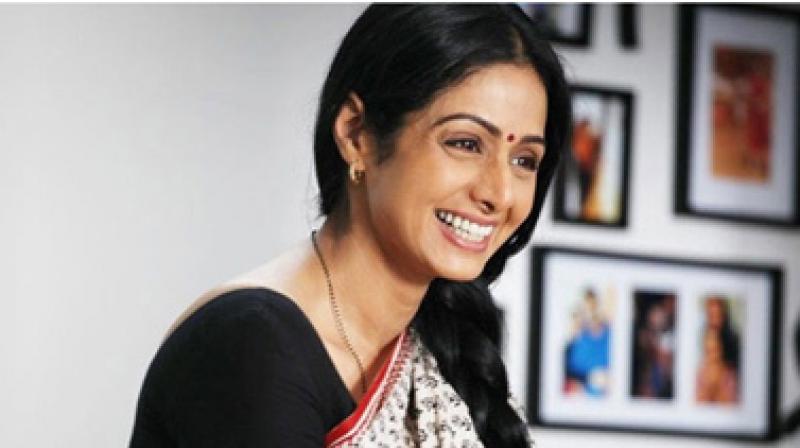 Sridevi shouldn’t have died. Not at 54. Her second coming (English Vinglish) was better than the first. When creative people die, they leave legacies whose completion we can only guess at. But this note is not so much about the death of a star; it is about what it means to be looked at all the time. The gaze; one that has no gender. To be seen each moment, each day, each year in a particular way, as an artifact perhaps, is a bit of a slow-motion horror.

Age. A United Nations Population Fund and Helpage report estimates that by 2026, those over 60 years old in India will number 172 million. Sridevi was some five years short of being what they call “elderly”. For someone in showbiz, where an added ounce of weight spells the end of many things, and the beginning of many other things — such as depression, anxiety and substance dependence — the world is ageist and lookist in every sense of the term: anyone over 40 might as well be dead.

A few years ago, a friend of mine and a sharp TV personality who comments on movies and stars, wrote without mentioning Sridevi by name that the actor was hooked reportedly on a cocktail of drugs and alcohol. A lethal combination, he called it. Pressure does it. How to be in front of a camera and not look like a fairy? How to walk the red carpet rubbing shoulders with, say, Deepika Padukone — the Deepika Padukone of today? That’s why you will see ageing stars, say, Rekha, retire into the shadows where they wrestle with the reality of what they had built their life on — the gaze, and its utter absence.

Following Sridevi’s death, one of the social media messages said Sridevi had had several plastic surgeries because a “patriarchal” world demanded it. The post said Sridevi’s husband, Boney Kapoor, should have “intervened” and that he probably cared more for her appearance than anything else. This is one of those typical thoughtless but right-sounding things to say. To take away from Sridevi her agency so completely is to say that she had no personality or will of her own. The star’s resilient and surprising career flies in the face of such an assumption. It’s not patriarchy so much as the shallowness of Bollywood that’s responsible for a finding relevance and draw only to young, cardboard characters.

Yet, the fact remains that all of us live in a world that worships looks and youth. In most fields, from employment to promotion to better prospects depend entirely on how young you are. Youth means malleability and lower costs. Age is expensive. Youth also means of course a fair skin, a zero waist, and good looks.

At no point in history as now have humans cared so little for age, expertise and experience. It’s like we are ashamed of anyone over 40; we seriously doubt if the elderly could be of any use at all, though the truth is that the entire economy and political and social infrastructure on which the world of the young depends are built by the old. If patriarchy is to be blamed for anything, it is this preference for the young: the cult of the youth.

For someone like Sridevi, revered once for her looks — and her Venus-like quality perpetuated by callow directors like Ram Gopal Varma, whose unseemly and adolescent venting on social media mourning her and mythifying her to the point that, had she been alive, she would have found it really hard to break the commodification process. And as the years go by, the rift between what people — Varma, for instance — expect of her, and what was happening to her biologically, would have caused an insane amount of anxiety and grief.

Sridevi is one of the more popular actresses of yesteryears. Almost all the male superstars of India, Shah Rukh Khan, Salman Khan and Aamir Khan, are all looking into their sixth decade, and there is only so much that dieting and steroids and botox can do. The gaze of the worshipping public could shift anytime to a young newcomer. One man who has weathered the storm of the years is Amitabh Bachchan. But it has come at a cost — his career traces his fall from being a great actor to a salesman — of anything.

Bollywood is an eye-candy industry. What happens in other sectors by way of discrimination based on age and sex and looks is a hundred times magnified before and behind a camera. All the more reason why that industry should have the character and strength to evolve into meaningful cinema that finds a place for talent irrespective of their age. So long as Bollywood’s staple is a nauseating mix of dance and songs and skin, its ageing artistes will be choosing forever between cocaine, alcohol and suicide. Or all the three.