In Mideast, chasing an elusive peace

Syria is in its seventh year of civil war, with protagonists on various sides near exhaustion. 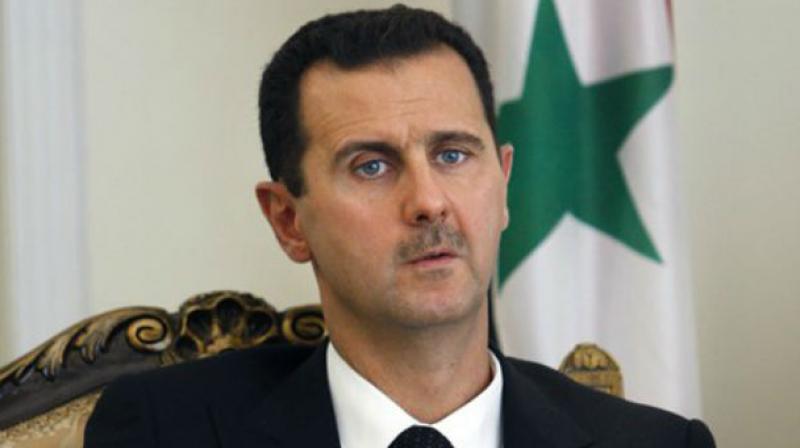 As Iraqi forces, with Ameican air cover, mop up the last strategic foothold of the so-called Islamic State in Tel Afar, the tragedy of the witches’ brew the Middle East has become comes into bold relief. There are two threads that define the present state of affairs: the role of outside intervention and the heightening of the Sunni-Shia schism.

To understand the dimensions of the various conflicts, one must segregate them. In recent times, the original sin was committed by the division of the Middle East into British and French areas of influence in 1916 to crown the end of the Ottoman Empire. Subsequently, inconvenient rulers were replaced by outside powers in Iran or elsewhere.

In more recent times, the United States, the main outside power that had replaced an exhausted Britain after World War II, invaded Iraq under the false pretence of Saddam Hussein seeking nuclear weapons. And in governing a defeated Iraq, the American viceroy took the foolish decision of dismissing Sunni Army officers, most of them in high positions, to provide fodder for Al Qaeda and later the Islamic State. Saudi Arabia had rescued the Sunni rulers of Bahrain from the revolt of the majority Shia population in 2011.

Syria is in its seventh year of civil war, with protagonists on various sides near exhaustion. The new development was Russia’s late intervention on President Bashar al-Assad’s side giving him much-needed relief and securing Moscow’s credentials after the demise of the Soviet Union and in safeguarding its assets in the Mediterranean. That the US and Russia agreed to set up ceasefire zones in Syria denotes Moscow’s new role.

Iran, as the pre-eminent Shia power in the region, won some easy victories. It had a natural advantage with Iraq after the Shia majority asserted itself. It has been supporting President Assad, who belongs to a Shia-allied Alawite sect. It is in concert with the Hezbollah militia of Lebanon, which helps Iranian foreign policy goals in the region.

Iran came in from the cold, thanks to former US President Barack Obama’s success in closing a deal, assented to by other major powers, to cap its nuclear programme in exchange for removing sanctions. And it has fully exploited the changes that have come about in giving Shias their due, much to the discomfort of Saudi Arabia.

Another area of conflict was opened up by Saudi Arabia in Yemen to counter the success of Houthi rebels in capturing large slices of the country, including its capital. It led a military intervention in league with the United Arab Emirates to defeat Houthis, loosely a Shia tribe supported by Iran. There are appalling losses of civilian lives in a country that is largely starving.

Add to this impressive list of conflicts, the latest is the decision by Saudi Arabia, UAE, Egypt and Bahrain to boycott and cordon off gas-rich Qatar for its alleged support of Islamic extremists. Resentments between the Saudis and Qatar have been simmering for long because the latter followed its own foreign policy and refused to genuflect to big brother Saudi Arabia.

The most recent crisis was triggered by US President Donald Trump’s visit to Riyadh, the first to any country after assuming office. He was treated as an honoured guest, plied with lucrative military contracts and was sufficiently effusive about Saudi Arabia to encourage Riyadh to act against Qatar. The Saudis made impossible demands on Qatar, including the closing down of the popular Al Jazeera television channel, with US officials seeking to limit the damage to safeguard the largest American regional base in Qatar. It is no secret that the main provider of money and men to promote extreme Wahabbi Islam around the world is Saudi Arabia.

What of the future? There was a brief moment when the Arab Spring inspired hope in the Arab world that the pattern of dictatorships of the military or other varieties would end. Tunisia showed the way and Egypt, in some ways the most consequential country in the region, toppled its dictator. Saudi Arabia threw money around to ensure that its citizens did not catch the democracy fever.

Egypt even held a rare free election that brought the Muslim Brotherhood to power. But it did not measure up to the occasion and was more interested in promoting its beliefs than in giving the country good governance. Thanks to public disillusionment, the civilian government lasted barely a year because the Army re-entered the picture by staging a coup.

It is, indeed, ironical that in the entire Arab world Tunisia remains the only country that is still struggling to keep to its democratic experiment. In the region as a whole, Turkey is ruling itself out by the ambitions of its leader Recep Tayyip Erdogan to cement his absolute power. Iran remains the only country, apart from Tunisia, that has a limited measure of democracy, despite it being clothed in religious garb.

Unlike past US Presidents, Mr Trump believes in transactional relationships. Arabs must find the inspiration and strength to get out of the cycle of one autocratic ruler succeeding another, with the armed forces enjoying profits from lucrative business ventures even as they rule their peoples. The pioneers of the Arab Spring are either in prison or obliterated.

The success of the Tunisian experiment lies in the realisation of all parties, including the Islamists, that in democracy one has to compromise on one’s maximum goals. Compromise does not come naturally to revolutionaries and it is easy to defeat them by military force.

A solution of the Syrian civil war will come through sheer exhaustion. Ultimately, the Saudis will have to reconcile with a maverick Qatar. And the sheer scale of human tragedy will force Riyadh to resort to end its military assaults in Yemen through diplomatic means.

Turkey’s regional role will be determined by the scale of Mr Erdogan’s ambitions. No one is holding his breath for peace to break out in the Middle East.