Opinion   Oped  28 Aug 2019  Decade’s two major conflicts will end in step back to the past
Opinion, Oped

The larger message of these conflicts and the condition in which they will leave the populations in Syria and Afghanistan is a grim one. 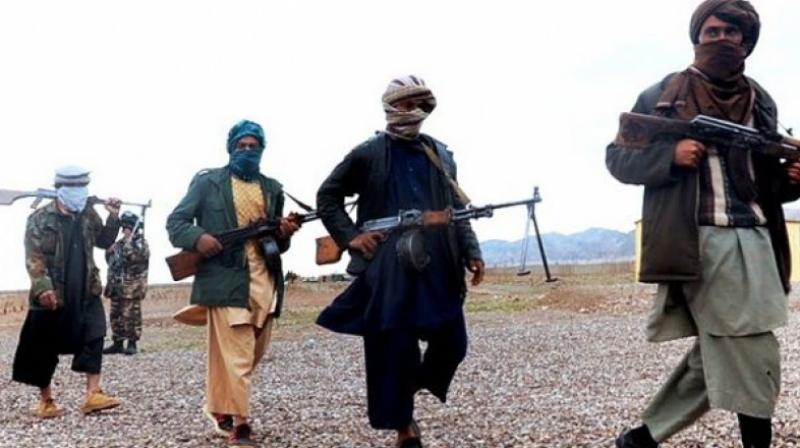 It is no longer a question of whether the Taliban will be eliminated, but which portions of the country they will control and which sort of government they will tolerate at the centre. (Photo: AFP / File)

I never thought I’d work, but it’s better than having to go ask people for money,” one woman told reporters from The New York Times in the eastern city of Aleppo. She was one of the many conservative women who have been forced into the workforce because the men have either died or disappeared. Syrian society looks nothing like what it did when the war began almost a decade ago. Most of the middle-class has fled and a large percentage of the population now lives in poverty. Areas like Damascus, which were always controlled and supported by the regime, have access to electricity and running water; others like Douma and Aleppo are ruins, bombed-out hulks of buildings a looming and ghostly presence over the empty streets. According to the NYT and other newspaper reports, the Assad regime is going to be back in control over the majority of the country by this week. Regardless of the city and who controls it and who will control it, all of Syria stands transformed.

So it is with Afghanistan, our country next door. The war there has been longer, a terrible two decades interspersed with varying amounts of commitment by the United States and the rest of the world. A war that began with rousing promises for the elimination of the Taliban — a group that has been bombed and ‘droned’ and driven from power — is at a point where peace talks cannot happen without them. It is no longer a question of whether the Taliban will be eliminated, but which portions of the country they will control and which sort of government they will tolerate at the centre.

There is incredible and discordant irony in the fact that after years of war, the country will be left in the hands of the very people the United States came all the way to South Asia to fight. At the end of 2019, following the probable retaking of most of Syria by the Assad regime and the retaking of parts of Afghanistan by the Taliban, the people of both countries are once again going to face the problems that they attempted to fight. In Syria, the regime is likely to exact revenge from those it knows were disloyal, in Afghanistan the Taliban are likely to impose the same draconian edicts that were considered terrible enough to start a nearly 20-year war.

The outcome of two of the world’s major conflicts then is regression, a move back to the past and to the very terrors that populations hoped they could escape. Even worse than this is the fact that the two war-ravaged societies, who now face some flavour of ‘peace’, now exist in a world where institutional structures that backed human rights regimes are weaker than ever. The United Nations, whose Security Council is now the playing ground of repressive regimes, has shown its complete inability to hold anyone at all accountable. The United States, which once led a global coalition that could convince others to follow suit, has been part of the problem; it’s impossible to imagine that it will be part of the solution.

The larger message of these conflicts and the condition in which they will leave the populations in Syria and Afghanistan is a grim one. It is one that Pakistanis themselves are feeling acutely as they watch India trample upon the lives and rights of Kashmiris. There is no ‘world community’ left to answer the call of suffering people in any kind of way. From here on until the foreseeable future, only piecemeal efforts by individual states will represent any sort of action for the sake of human rights.

Pakistan needs to consider its own position in this new world order. Beyond international relations, the looming threat of the Taliban will constantly loom in the border towns with their populations open to harassment and influence by the Taliban next door. Even far from these towns, the emergence of an Islamist regime so close to the country threatens to destabilise Pakistan every time the Taliban have some qualm with the government of Pakistan. Similarly, Pakistan’s alignment with China, who has never made any overtures in relation to human rights, alienates it from the Western world where it could glean support of one or two or three of the Western European nations that could have been coaxed into caring for the situation in Kashmir or Afghanistan or Xinjiang.

The generations that are alive today have all lived in a world where there has been some small guarantee of a world order that would stand up against the resurgence of barbarism and cruelty. The tragedy of this is that the certainty of international coalitions against the whims of this or that dictator or extremist group has left them unable to consider any options to the contrary. Repressed populations, in Kashmir, in Syria and in Afghanistan, seem unable to find any means to protect themselves beyond their pleas to a world community that does not know how to act for change beyond the feeble mechanisms afforded by social media. This truth, in turn, energises repressive governments within countries that border these regions, who can now vow that abridgement of civil liberties within countries that are not at war are necessary for security.

The generation that is now graduating from school and college is coming of age in a world largely without rights (if rights are construed per the old definitions in the Universal Declaration of Human Rights). In this sense, the generations that have gone before, the institutions that were trusted before, are all guilty of leaving them a world that is far bleaker than the one they were born into themselves. Syria and Afghanistan may seem far away, but the reverberations of their hollowed-out realities, their unheard pleas, will echo throughout the world.