An extremely modest Sufi, Akhi Siraj spent all his short-lived life in the wider dissemination of spiritual intellect in the vast land of Bengal. 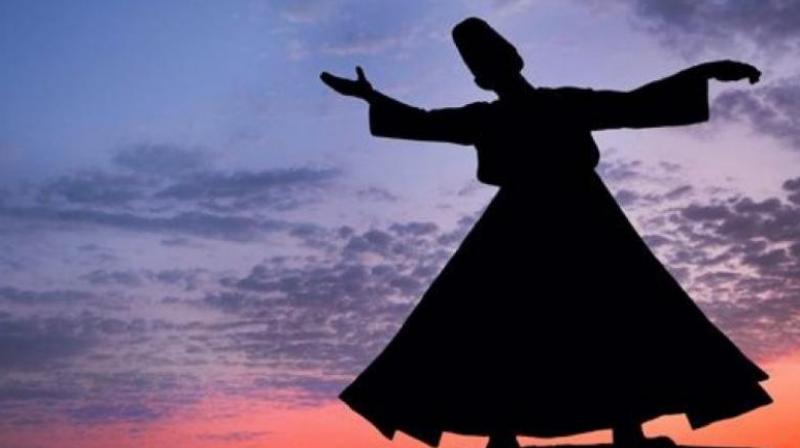 He founded the Chishti mystic tradition in Bengal where his dargah in Gaur, West Bengal attracts great visitations. In fact, the first Sufi hospice (khanqah) in Bengal was established by Akhi Siraj. In Bengal, he had prominent disciples and successors like Hazrat Ala-ul-Haq of Pandua and Hazrat Amir Khurd. It is mentioned in Siyar-ul-Auliya, a Persian biography of India’s Chishti Sufi saints that Akhi Siraj “illumined the whole region with his spiritual radiance”. The local Bengali people had so much love and veneration for him that they called him “Piran-e-Pir” (the saint of saints), an epithet generally attributed to Baghdad’s greatest Sufi saint, Abdul Qadir Jilani.

An extremely modest Sufi, Akhi Siraj spent all his short-lived life in the wider dissemination of spiritual intellect in the vast land of Bengal. His teachings left an everlasting impact on the syncretic culture and belief of Muslims in Bengal. As a result, most Bengali Muslims adhere to the spiritual strain of Islam even today. As the true “mirror of India”, his spiritual light radiated from his discourses on divine knowledge and illuminated the whole region.

Prominent saints of Bengal quenched their thirst from the spiritual fountain of Aaina-e-Hind. Some of his disciples belonged to the aristocratic families with close relations to the government of Sultan Shamsuddin Ilyas Shah. But he taught them living the modest life of a Sufi. He sought to change the elitist ways of his upper-class murids (disciples). For instance, Ala-ul-Haq whose father was the treasurer of the provincial government in Bengal was enjoined to humble himself by walking with a hot cauldron on his head. In his devotion to his master, Ala-ul-Haq would carry a cauldron of hot food on his head even though it would burn his hair.

It is mentioned in Akhbar-ul-Akhyar, a famous Persian treatise on Sufism: Once a dervish from Suharwardi Sufi order came to spend time with Akhi Siraj. He noticed that after the night prayer (isha), Akhi Siraj went to bed, while he himself was busy praying and supplicating all night. But in the morning, he was doing namaz (fajr) without ablution (wuzu). Seeing this, the dervish said, “I am surprised that you were asleep all night and now you pray without ablution!” Siraj replied in a remarkable Persian couplet:

Agar ashiq beh masjid dar nayamad
Dil-e-ashiqhamesha dar namaz ast
(The heart of a true lover — ashiq — is always in worship, even if he doesn’t attend a mosque for a prayer.Ghulam Rasool Dehlvi is an alim (classical Islamic scholar) and a Delhi-based writer. He can be contacted at: grdehlavi@gmail.com