Regulating the Internet: A darogha is a total misfit

Section 144 of the Indian Criminal Procedure Code is one such instrument used to lock down a potentially troublesome situation. 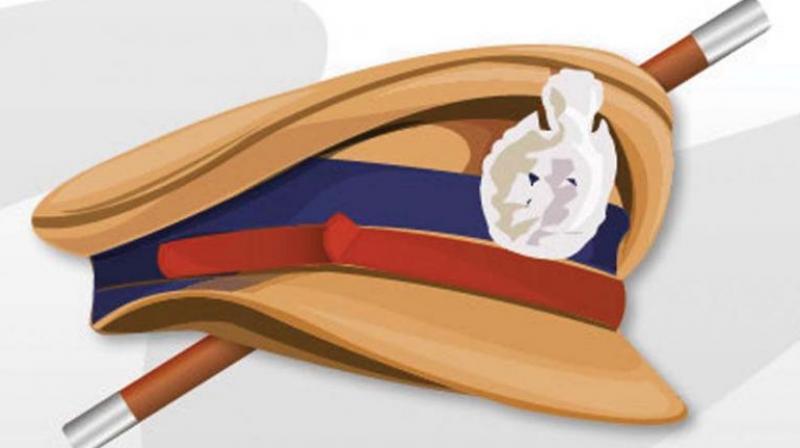 Shutting down the Internet seems to have become standard operating procedure. Not different in essence from the lockdown enforced by the darogha’s fearful bamboo cane and shouting the orders: “Bandh karo”.

The darogha is an anomaly, a disrupter with a bamboo cane quite unsuited to regulate today’s information lifelines. The darogha in British times was the head of the police station or chief constable. He was responsible for managing crime in his jurisdiction, collecting intelligence and maintaining law and order. He had enormous powers, often unchecked by the usually busy district police chief, the superintendent. He was often corrupt but generally always effective. The British Raj had given him great responsibility and great power, including one that allowed him to shut down all activities during times of trouble.

Section 144 of the Indian Criminal Procedure Code is one such instrument used to lock down a potentially troublesome situation. Such crude but effective laws have never been repealed and continue to be used with great frequency in our times. Similar powers have been extended to telecommunications and the Internet. In recent times, as during the anti-citizenship amendment law protests, state administrations routinely used it with impunity, bringing online economic and social activity to a crashing halt in many areas.

Shutting down the Internet seems to have become standard operating procedure. Not different in essence from the lockdown enforced by the darogha’s fearful bamboo cane and shouting the orders: “Bandh karo”.

Information and its spread have always been considered dangerous. In the past, rumourmongers were often locked up along with rioters. In the days of the British Raj, newspapers, pamphlets and books written and published by native Indians were routinely scrutinised for anti-government views and publications were often proscribed or shut down.

Today, the advent of the Internet and the social media has become a nightmare for the darogha. The speed with which information, along with misinformation and potentially inflammatory material, can be circulated widely is beyond the constabulary’s ability to cope.

The response in India, dictated by ways harking to British times, is to break the system if it cannot be beaten. Hi-tech is beyond the darogha’s intellectual horizon and his capabilities to manage it absolutely nil. Therefore, down with it.

That such an approach is destructive, harmful and completely out of tune with modern realities is not a concern of the law enforcers and their political superiors. It reflects a mindset that continues to be bogged down in the bad old ways of the British Raj while the rest of the world has moved on and modern governments have devised very different ways to deal with the challenges presented by today’s digital communication networks.

It has been well known for several decades now that the Internet and other digital telecommunications systems, while a boon to mankind, also contain in them vast potential for criminals, terrorists and political opponents.

The dangers inherent to the Internet became well known following the 9/11 terrorist attacks in the United States. Mohammed Atta, the commander of the 9/11 hijackers, had used the Internet as an effective tool for planning and executing the attacks.

Atta and his co-conspirators used the Internet to collect information about flight timings, their operations and vulnerabilities, hotel bookings and much more. They bought their airline tickets online, booked hotels, obtained fake driver’s licences and US social security numbers. The Al Qaeda continued to use the Internet to send encrypted messages and collect intelligence even after 9/11.

Yet, at no time did the US or European authorities decide to shut down the Internet because it was being used by terrorists or outlaw online bookings of hotels, airlines and so on. More recently, the Islamic State (ISIS) openly used the Internet to lure, recruit agents, send messages and plan terrorist attacks in Europe and the United States and much more. Again, this did not result in the closure of the Internet.

However, in a number of Asian and African countries, forced Internet shutdowns by government authorities is on the increase. It is reported to be by far the worst in India, the world’s largest democracy. According to the “Keep it On” coalition, there were 196 documented Internet shutdowns across 25 countries during 2018, primarily in Asia and Africa. Of these 134 took place in India — even authoritarian China fares better! In 2019, shutdowns in India went through the roof.

The economic impact of these shutdowns cost the global economy more than $8 billion in 2019, says a report by Internet research firm Top10VPN. Iraq was the worst hit, followed by strife-torn Sudan and the third, India. The research firm estimated a total loss of $1.3 billion for India as a result of Internet shutdowns, but said the actual figure could be even higher.

The darogha of course would not care less as long as the aim of restoring law and order is achieved. It is quite another matter that most civilised countries use far more subtle methods to watch, regulate and influence the Internet and the social media.

The Western powers, as well as China and Russia, have developed super computers and a vast sophisticated online multinational surveillance system, such as Project Echelon, which was disclosed by whistleblower Edward Snowden. The US, UK, Australia, New Zealand and Canada operate a joint surveillance program that is believed to be the largest and most sophisticated in the world.

Various surveillance systems, many running on artificial intelligence, have been developed to search the vast deluge of Internet information daily to identify suspicious messages from terrorists and criminals. There are systems such as “Total Information Awareness”, various kinds of sniffers, bots and the like trawling the highways of the information oceans. At another level, policymakers are using counter-content and counter-narrative strategies to take on their enemies and rivals.

In the old days, surveillance was conducted by spies and informers, eyes that lurked around corners and behind the veil. Regulations were enforced by guards and constables. Today, it has got a lot more sophisticated with artificial intelligence (AI), supercomputers and powerful algorithms ruling the game. This is the age of the geek.

In India, on the other hand, surveillance and regulation even today is largely conducted through the office of the darogha and his minions. We continue to be haunted by the dreadful anachronism of a pot-bellied official clad in khaki half pants and armed with a bamboo baton. It is time we admitted the darogha is an anomaly, a disrupter quite unsuited to regulate today’s information lifelines.