Raising Italy’s sovereign rating was first such increase by S&P in the last 30 years. 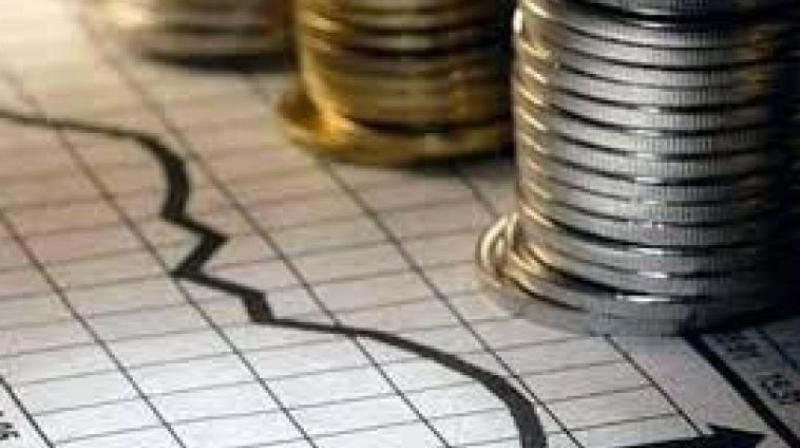 Men of conscience don’t take stands that are suspect. The decisions then need to stand the test of a microscopic examination to check the presence of any virus, and anti-bodies, if needed, have to be taken with great circumspection and utmost comprehension. You don’t use a blunt knife for surgery; to cut with precision you need a scalpel! In late October, the US financial services company S&P uncharacteristically and most unexpectedly upgraded Italy’s rating one notch, citing the country’s firming economic recovery on the back of rising private-sector investment and employment. The premier ratings agency stated that it was raising Italy’s sovereign credit rating from BBB- to BBB, with a stable outlook. Factors supporting the upgrade included improving economic prospects, expansionary monetary policy, reduced risks from its banking sector and expectations that the government would be able to make progress in reducing its “very high” government debt-to-GDP ratio. The S&P analysts noted: “The stable outlook balances the potential for more robust economic growth and further improvements in the monetary transmission mechanism over the next two years, against persistent political uncertainties and their potentially adverse implications for economic and budgetary credit measures.”

Raising Italy’s sovereign rating was first such increase by S&P in the last 30 years. Italy’s GDP forecast for next year is 0.8 per cent; it is expected to record 1 per cent growth this year. In its statement, S&P said: “In this context, the upgrade also reflects subsiding risks in the banking sector for the economic outlook, and expected further budgetary consolidation over our forecast horizon.” In what is eerily reminiscent of India, Italy’s banks have been ravaged by a prolonged economic downturn, leaving the sector groaning under hundreds of billions of euros of bad loans. The government had to intervene to save a number of lenders, while other banks looked to shift risky assets off their balance sheets. Smacking of déjà vu.

Fade to black
While the S&P raised Italy’s ratings despite its ballooning debt, it refused to improve India’s rating to BBB over “worries” about India’s debt. At 131.6 per cent, Italy’s debt to GDP is almost twice as much India’s (69 per cent). Further, Italy has a much smaller economy and extremely poor demographics, including a declining population and 40 per cent youth unemployment. What’s more: Italy’s five year credit default swaps (CDS) is 117 vs 200 four years ago, though it hit 200 again earlier this year while the figure for India is 72.5 vs 250 four years ago.

Theatre of the absurd
For the uninitiated, CDS allow sellers to take on, or buyers to reduce, the default risk on a bond. At its most basic, the pricing of CDS measures how much a buyer needs to pay to purchase, and how much a seller demands to sell, protection against default of an issuer’s debt. The CDS spreads, therefore, is one way in which the market rates creditworthiness. Widening spreads suggest increasing risk. S&P has relentlessly downgraded the euro zone’s third largest economy since 1988, when the credit rating stood at AA+. The BBB- rating, just one notch above junk status, had been in place since December 5, 2014. Both Moody’s and Fitch upgraded Italy’s rating in 2002, only to lower it later. Moody’s confirmed its Baa2 rating for Italy earlier this year, while Fitch cut the country’s rating to BBB from BBB+ in April.

Logic then says that what’s sauce for the goose is sauce for the gander. If S&P upgraded Italy despite these risks, then it should have done the same for India. After all, Italy is the world’s ninth biggest economy. Its economic structure relies mainly on services and manufacturing. Italy suffers from acute political instability, economic stagnation and lack of structural reforms. Prior to the 2008 financial crisis, the country was already idling in low gear. In fact, Italy grew at an average of 1.2 per cent between 2001 and 2007. The global crisis had a deteriorating effect on the already fragile Italian economy. In 2009, the economy suffered a hefty 5.5 per cent contraction — the strongest GDP drop in decades. Since then, Italy has shown no clear trend of recovery. In fact, in 2012 and 2013, the economy recorded contractions of 2.4 per cent and 1.8 per cent respectively.

Considered part of the derogatory PIGS (Portugal, Italy, Iceland, Greece and Spain), Italy is an errant bad boy of Europe, known for poor public finances. The unemployment rate has increased constantly in the last seven years. In 2013, it was 12.5 per cent, the highest on record. The stubbornly high unemployment rate highlights the weaknesses of the Italian labour market and growing global competition. Another challenge is presented by the difficult status of the country’s public finances. In 2013, Italy was the second biggest debtor in the euro zone and the fifth largest worldwide.

Last week, at an interface with editors convened by finance minister Arun Jaitley who brought along three of his principal troubleshooters — finance secretary Hasmukh Adhia, department of economic affairs secretary Subhash Garg and chief economic adviser Arvind Subramanian — Mr Garg volubly argued the point that the rating agencies practice a peculiar insularity with a deep sense of bias against developing countries. Moody’s during its recent upgrade highlighted the fact that vulnerabilities were reduced since foreign ownership of Indian debt was just 4 per cent. Tough and systemic bias against developing nations like India stood out as the comment of the day for me, and the recent S&P announcement mirrors this theme. The reasons given for status quo — rating agency S&P, reaffirmed (unlike Moody’s) India’s rating at BBB-, with a stable outlook due to concerns on: a) significantly high fiscal deficit and government debt levels and b) low per capita income; overpowering the a) implementation of strong reforms and b) relatively high GDP growth.

How does Italy do on these parameters? I rest my case.

In any case, it was a cosmic happenstance that both Moody’s and S&P came to review India’s sovereign rating within days of one another. I have empirically proved that this bias that finance ministry mandarins have spoken about is right on the money.

Mr Subramanian has been constantly rallying against the lack of recognition for India’s structural reforms’ efforts, particularly those in the immediate past, but to no avail. In May this year, he averred strongly during a lecture in Bengaluru: “In recent years, the rating agencies have maintained India’s BBB- rating, notwithstanding clear improvements in our economic fundamentals (such as inflation, growth and current account performance). At the same time, China’s rating has actually been upgraded to AA-, even though its fundamentals have deteriorated.”

Mr Subramanian, a former economist at the International Monetary Fund, had also said the ratings firms’ methodology is “one of the most egregious examples of compromised analysis”.

There is no consistency in ratings though there is a pattern in the prejudice. In September, for instance, the S&P Global Ratings cut China’s long-term sovereign credit ratings by one notch to A+ from AA- saying its prolonged period of strong credit growth has increased its economic and financial risks. Partisanship is visible in the latest S&P ratings for India where a much-warranted upgrade was not given. India has survived brutal catechism in recent times and while Prime Minister Narendra Modi may not have undertaken deep-seated reforms till say six months back, the one thing he has provided is stability and change in mindsets. From untangling the knots left behind by the decadal loss of UPA to finally moving with alacrity to fix economic pain points, India is once again gathering consumption momentum after the twin setbacks of demonetisation and the Goods and Services Tax in rapid succession. India found itself deep in the middle of an alphabet soup. This too needs to be appreciated by these agencies. Actually, last November itself, S&P shut the door in our face when it failed to give the upgrade, ruling out an upgrade for India over the next two years even as it affirmed the stable outlook on the country’s BBB- long-term and A-3 short-term sovereign credit ratings. “The outlook indicates that we do not expect to change our rating on India this year or next, based on our current set of forecasts,” S&P said in a statement, laying down the conditions for a ratings upgrade. Clearly, there is a disconnect between what the investors are saying and what the ratings are saying.