Of the Magi, high priests, kings... and how India got its ‘boxwallas’ 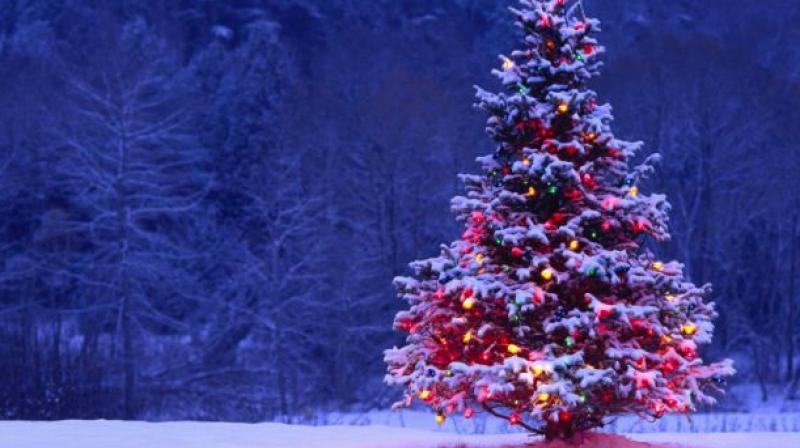 The lyrics are about the three dudes who came to anoint Christ as the messiah.

“You’ll be bitten by mosquitoes
Despite yourmachhardani
Your appearance is still crumpled
Though your clothes are from Armani
However young you think you are
You look as old as your poornani
But no sweat
No regret
Let’s raise animbu-pani
Here’s to being Hindustani!”
From Rustom and Sowhat by Bachchoo

This Christmas brought a few minor revelations which I propose, gentle reader, to regale you with (or possibly bore?-Ed. Mmm, yes, there is that, but let’s take the risk -fd.)

A famous choir on the radio sang the carol:

“We three kings of Orient are
Bearing gifts we traverse afar
Field and fountain, moor and mountain
Following yonder star…”

The lyrics are about the three dudes who came to anoint Christ as the messiah. In the New Testament only Matthew, one of the four authors of the gospels, mentions them. He doesn’t say that there were three of them but he does say they brought the newborn Christ gifts of gold, frankincense and myrrh. As a consequence, throughout the ages the assumption that the three gifts were borne by three “kings” has prevailed.

Matthew doesn’t call them “kings”. He calls them wise men. Now Matthew, though he spoke Aramaic, wrote his gospel in demotic Greek and it then was translated into Hebrew and subsequently English. I don’t know what Plato’s word for his “philosopher-king” was or whether it could be translated as “wise men”. The word that was probably used in the original and then mistranslated in folklore was the “Magi”.

As any fool knows, this is the word for a Zoroastrian high priest. In the year zero AD (or BC) there were no Zoroastrian kings of Persia. The vandal Alexander-the-damned had assassinated the last Achaemenid emperor some 280 years before and left the Persian empire to the mercy of marauding tribes from the north.

St. Matthew, a Jew, knew all about the interaction of the Zoroastrian faith with his own. The Books of Nehemiah and Ezra from the Old Testament tell us how the Parsi kings Cyrus and Darius assisted the exiled Jewish population to return to Jerusalem and that Cyrus sent his armies to rebuild the temple of the younger monotheistic faith.

Matthew thought he needed the imprimatur of Zoroastrianism to give authority to the assertion that Jesus was the son of God. What the Magi do is turn up in Jerusalem and when King Herod asks them who they are and why they are there, they tell him about their mission to anoint the child who will be born King of Israel. Herod asks them to tell him where this birth will take place and, assuring him that they will, they push off following the star that they are following.

Herod is not well pleased. He doesn’t want to be replaced by some child of prophecy. He orders all the children aged two and under in Bethlehem and the coasts beyond to be slaughtered. The first Jewish holocaust, unfortunately occasioned by loose talk from Parsi priests.

The ambiguity in St. Matthew’s account resides in two phrases. “For we have seen this star in the east…..” and again “lo the star which they saw in the east….” Now this could mean that the Magi were hanging around in the east when they saw the star or it reads to me as though they saw a star in the east. If they had followed this star, they wouldn’t have ended up in Bethlehem but more likely in or around Islamabad. Would they then have anointed a child called Imran or something?

But enough of kings and blundering Magi. In Britain, the day after Christmas is called “Boxing Day”. I have read several accounts of why it is so named. One of these says its when “Christmas Boxes”, hampers of food, were handed over to the serving staff. A plausible origin. But then most Indians who have heard or read stories or accounts of the attitudes of the Raj will have heard the contemptuous term “boxwalla”. (No, gentle reader, this was not the surname of some Parsi who sold boxes). The term was used for British men or families who were not in the armed forces or in the civil service of the Raj but were tradespeople cutting deals on merchandise.

I’ve somewhere picked up the explanation that tradespeople carried boxes for their lunch and were thus looked down upon. This is, as I have now discovered, not the real explanation. So to the truth.

It is the tradition on Boxing Day for the hunting fraternity of Britain to gather and set off on horseback behind their packs of hounds to chase foxes and have their dogs tear the poor, exhausted creatures to bits. It’s the way some Brits get their kicks. It’s revered as a centuries-old British blood-sport though there is now a considerable body of opinion in favour of banning it altogether.

In years gone by Londoners and other city dwellers would travel to the country and rent a “box”, a house, a room in a hostelry or hotel, to stay in for the duration of the hunting season.

It being an accepted practice and there being, in the spirit of the sport, no snobbery between the dwellers in country estates and the Londoners who rented “boxes”, these city-sojourner-blood-sport-wallas were not referred to in any derogatory way. Hunting circles probably weren’t familiar with the suffix “walla”.

The term “box” for rented rooms was, I contend, transferred to the “City of Palaces”, Calcutta, where those who served the Raj in the army or civil service had permanent residences and looked down on the men of business who had temporary accommodation in the town.

I am straining my etymological skills now to wonder where the term “to box and cox” comes from… gentle reader, don’t hold your breath.