Another BJP appointee has gone a step further and even postulated that ancient India had nuclear weapons. 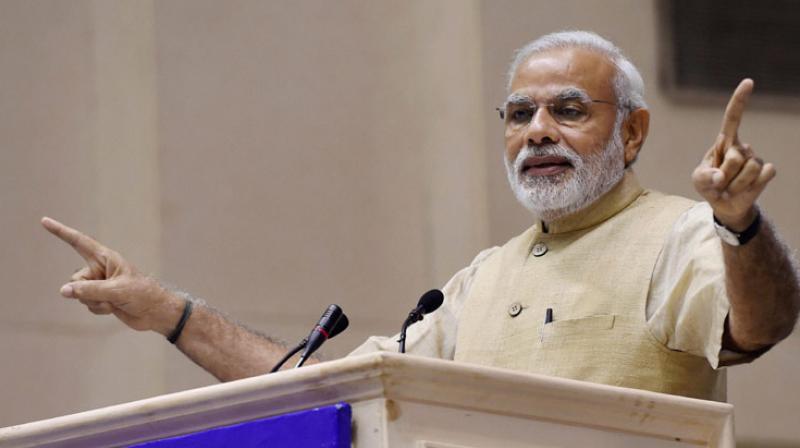 If it weren’t for the identity of the person making the statement, it would appear like a monstrous joke. When a sitting Central minister decl-that  Darwin’s theory of evolution was “scientifically wrong” because no one had seen “an ape turned into a man”, it wasn’t just a ridiculous statement  by a junior minister in the human resources development ministry of but a dangerous one — as it further confirmed that the current BJP government led by its RSS colleagues was once again trying to replace science and history with myth.

In the over 150 years since Darwin’s masterwork was published, it first faced an infuriated clergy but has since become an accepted theory, the only refinement being on the exact nature of evolution. But from the time that this government was elected to office in 2014, a number of unsubstantiated and farcical claims have been made by senior leaders of the party, including the Prime Minister. Mr Narendra Modi had claimed in 2014 in Mumbai that ancient Indian surgeons had perfected the technique of sowing an elephant’s head on to a boy’s body, as shown in the Ganesh myth.

There have been several other ways in which BJP and RSS ideologues have tried to foist Indian myths as representing scientific achievement. The science and technology ministry has set up a committee to conduct research on the medicinal qualities of a beverage made by blending, among other things, bovine faeces and urine. A BJP minister has even gone as far as to claim that cow dung can absorb radioactivity.

A mythical flying chariot mentioned in the Ramayan is again given reality and a BJP minister proposed that Indian engineering students study this fantastic myth. Another BJP appointee to the Indian Council of Historical Research has claimed that there were atomic weapons in ancient India that were mentioned in the Mahabharat.

Another BJP appointee has gone a step further and even postulated that ancient India had nuclear weapons. Y. Sudershan Rao, the head of the Indian Council of Historical Research, proposed a literal reading of the Hindu epic Mahabharat and inferred that the weapons described in them were the result of atomic fission and/or fusion. He also claimed that advanced stem cell research was being done in Iron Age India.

In 2016, a BJP MP from Uttar Pradesh had claimed in the Lok Sabha that contrary to common sense, a ritual burning of ghee and foodstuff in havans would bring better rains, as burning of “ghee produces oxygen, and havan of agricultural produce produces hydrogen”. The RSS has tried for a long time to change history to suit its ideology, notably by saying that the Aryans did not come from Central Asia but lived here from before the Indus Valley Civilisation, or by demonising Muslim rulers.

The distortion of historical events has been crucial to their project of winning support for their ideology.

Science has to be challenged because it is a modern system of knowledge with well-defined rules for accepting or rejecting a claim and has been a fertile and powerful knowledge system. Though its beginnings were in China and India, the radical transformation in worldview based on science took place in Europe, and from its European home “the universally applicable methods and theories of modern science spread around the world, often riding on the coattails of the colonial powers”.

Relying on the Vedic system for their worldview, the Hindutva mind could not conceive the rigour of the scientific method nor the different cosmology it led to. Meera Nanda, a historian of science, says: “We want the science of the materialist upstarts from the West but cannot let go of our sense of spiritual superiority, which makes us think that we are entitled to the status of jagatguru.  This lethal mixture of desire, envy and a sense of innate ‘Aryan’ superiority has characterised India’s encounter with modern science and technology from the very start.”

The early thinkers in modern India were not only of a Hindutva mind but encompassed a variety of people. They largely lost their influence during Jawaharlal Nehru’s project of spreading the scientific spirit by the building of national laboratories and institutes of higher learning. While most people accepted the new mindset, a longing for the old beliefs persisted.

The RSS, followed by the BJP, has tried to stoke people’s feelings toward ancient beliefs, however much they contradict modern scientific research.  It’s not a coincidence that people of a Hindu persuasion are blasted with stories taken from mythology about flying chariots, or advanced plastic  surgery and genetic research, or atomic bombs or the healing power of cow excrement fed to them by the RSS spin doctors.

It’s another way to build sectarian feelings of past superiority. That is why communal people resort to a distortion of science — it comforts the caste Hindu sense of past achievement by seeing and comparing mythological stories with modern science.

It’s not as if past achievements in mathematics and medicine were not impressive enough. But they were situated in their place and time and were comparable to what was done being elsewhere.

In ancient times there was communication between civilisations, though not as rapid and pervasive as happens now. Ideas and discoveries did flow from one place to another. Even the discovery of the zero, the so-called wonder of Hindu mathematics, may have originated elsewhere.

Meera Nanda argues that the concept of the zero came to India from Southeast Asia, where it may have come from China.