THE ASIAN AGE. | B YERRAM RAJU 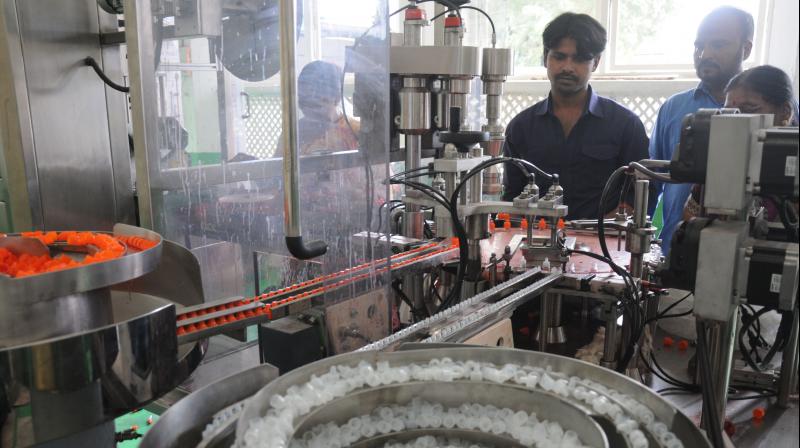 Telangana needs to regain its tax-earning capacities in the post-lockdown period. (DC Photo)

In dealing with the COVID-19 pandemic too, governments initially had no choice but to save lives, setting aside the economy’s interests. But as things unfold, there is a broad realization that rescuing the economy from recession and moving to a V curve should also not brook any delay.

While extending the lockdown to May 3, as suggested by many chief ministers, prime minister Narendra Modi did allow relaxations, mainly for the working populations. Welders, mechanics, electricians and construction workers were all allowed to go back to work but were required to wear a mask, maintain social distance and frequently wash hands with soap. Those who open workshops were asked to strictly ensure the full sanitization of the area frequently and keep the rest of the work space tidy. It is expected that the discipline of a 25-day lockdown will hold them in good stead.

Compared to several states, Telangana is in an advantageous position to emerge from this pandemic relatively better off than many other states. For once thing, the state has had the singular advantage of moving on a consistently high growth trajectory till April 2019. Much ahead of others, the state took care of agriculture and allied activities like dairy and aqua even though the industrial sector had to bear the burnt.

The second reason for a possible smoother landing in a post-Covid scenario is the confident manner in which the state has been tackling the pandemic. A dedicated war room to monitor cases mandal-wise has been set up right under the eye of the chief minister. Ahead of every other state, agriculture and allied activities in Telangana were identified for relaxation of lockdown norms. Even guidelines on procurement of paddy and other products are receiving active attention. The state has won the appreciation of the Union government in handling Covid-19 in an exemplary manner.

As revealed by the chief minister, four districts in Telangana are free of Covid-19 cases. The intensity of the attack has been more localized in the Hyderabad municipal area. Greater Hyderabad has already been divided into red and green zones with intense policing and strict adherence of lockdown discipline in the former. Even some of the hotspot districts are gradually returning to near normal, with a more slower doubling rate (10 days) and lower death rate (2.44% compared to 3.22%) than the national average. Its recovery rate of 22% and test rate of 354 per million ranks favourably.

Against such a backdrop, therefore, it took everyone by surprise when Telangana extended the lockdown up to May 7, four days beyond the national embargo, and foregoing the relaxations offered by the PM.

In the context of the need to restart the economy, it would be appropriate if the state reviewed its decision and relaxed the lockdown in stages in the districts and in the GHMC area during the first week of May 2020.

In and around Hyderabad, pharma and medical equipment manufacturing facilities were any way being allowed to function at around 50 per cent capacity. MSMEs are the lifeline of our economy and allowing them to return to work in two stages, will allow the state to regain its tax earnings.

With its ability to leverage its strengths and create a huge health infrastructure, Telangana is in a position to create new supply chains and new value chains in the post-lockdown period. For instance it has a unique place in vaccine production with entities like the CCMB actively working on a new vaccine.

The writer is an economist and risk management specialist and author of The Story of Indian MSMEs. The views are personal.