The finance ministry is staring at a whopping 30,000 vacancies across all levels. 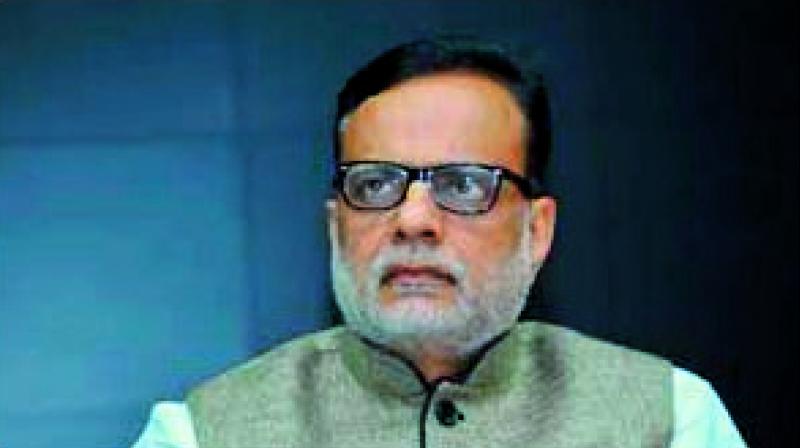 While the PDP-BJP government was in power in J&K, the Centre had sat on repeated requests from the state government to repatriate some IAS officers on deputation in Dilli to ease the babu crunch in the state. But things have changed after President’s Rule was imposed on J&K, and now even governor N.N. Vohra has been replaced by Satya Pal Malik.

But a new governor does not change the scenario much. According to sources, Mr Vohra had reportedly written to the Centre to repatriate a few senior IAS officers, namely Arun Kumar Mehta, Atal Dulloo and Manoj Kumar Dwivedi serves as additional secretary in the ministry of environment, forests and climate change; Mr Dulloo is joint secretary in department of rural development while Mr Dwivedi serves as joint secretary, department of commerce. Mr Malik is likely to persist with the request made by his predecessor.

As of now, the fixed strength of IAS officials in the state is 137 against the availability of 84 officers. Out of in position 84 officers, 11, including the three mentioned above, are serving in key departments of the Narendra Modi sarkar.

Short-handed at finance ministry
The finance ministry is staring at a whopping 30,000 vacancies across all levels. Oddly, the ministry is not showing any sign of urgency to fill these posts. The most vacancies are in the Central Board of Indirect Taxes and Customs (CBIC), which is responsible for the effective implementation of GST, with a staggering 20,000 vacancies. Despite repeated reminders from the department and CBIC workers’ union, the Centre has displayed no enthusiasm in filling them up.

Even at the policy level, right from the chief economic adviser to chief statistician, their key posts are lying vacant. Meanwhile, the grapevine has it that finance secretary Hasmukh Adhia may be named the next Comptroller and Auditor-General of India (CAG). Mr Adhia, a 1981-batch officer, is considered very close to Prime Minister Narendra Modi and is set to retire this November.

An IPS retired for ‘non-performance’
Four years after he came under the scanner for having disproportionate income, IPS officer Mayank Jain has been forced to retire prematurely by the Centre. Interestingly, the premature retirement is for non-performance.

Sources say that the 1995-batch officer was retired on the recommendation of the Madhya Pradesh government after due processes. The state government concluded that based on Mr Jain’s performance he was not fit to be retained in service. It also clarified that the early retirement was independent of the Lokayukta raids on the officer’s properties. The decision to retire Mr Jain is related to the officer’s “non-performance”. Apparently, the state government had recommended the action against Mr Jain in March itself. The Centre considered the case and finally accepted the recommendation.

Mr Jain was IG (community policing) and posted at police headquarters in Bhopal when the Lokayukta police teams raided houses and properties in Bhopal, Ujjain, Indore and Rewa. The anti-corruption body said it had received a slew of complaints against the senior police officer.