Looking back at 2018: What made the earth move

If a revolution ever happens in India, the hungry, jobless, low-skilled, rural labour will be at the forefront. 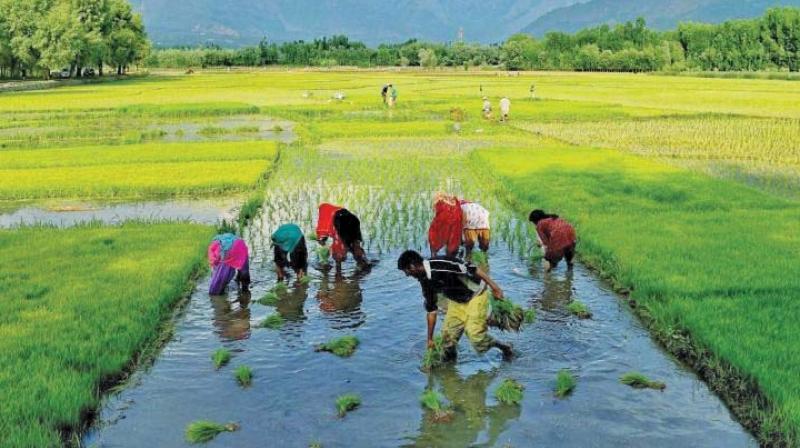 Farmers had a bad year, buffeted by either drought or crashing prices from bumper crops.

New Delhi’s denizens, fed up with grey mornings and sooty afternoon, moved in conspicuous droves to balmier climes for the New Year while tracking what interests them the most — property prices and politics. Imagine heatedly debating the relative merits of Gurgaon versus Noida while lazing on the sunny beaches of Goa!

Mumbai and Delhi have a common passion — splashy weddings. Prince Harry, the younger son of Prince Charles and the late Diana, Princess of Wales, married Meghan Markle, a sparky American actress, in May. The event captured the eyeballs of the 70-plus crowd in elite circles in the former colony, where traces of nostalgia for the days of the Raj linger.

Bollywood superstar Deepika Padukone wed Ranveer Singh. One wonders why … and that too in Italy! Closer home, another star Priyanka Chopra wed Nick Jones in Rajasthan. One knows why. Quiet Nick makes a great backdrop for Priyanka’s glitter and pizazz.

Isha Ambani and Anand Piramal tied the knot in Mumbai. Politicians from near and far, including America’s Hilary Clinton, were in dutiful attendance. The invitees — too rich and too-cool-to-work — took the next two weeks off, to recuperate in the nature-cure resorts of Kerala.

“God’s own country” was devastated by monsoon floods in August. The rest of India saw why Kerala tops the charts. Rehabilitation money poured in from the two million-plus overseas Kerala expatriates. Domestic Kerala migrants rushed home to rebuild what remained after nature’s fury abated. Tea shops functioned in knee-deep water innovating floating trays to pass the drinks around. By yearend, Kerala was back in business — hosting the Kochi Bienniale of contemporary art in December. Kudos to Malayalee mojo.

Three departures choked us up. In February, Sridevi, the hauntingly beautiful Bollywood actor from Tamil Nadu’s Sivakasi, drowned in a hotel bathtub in Dubai. Film-crazy Indians queued to bid farewell while millions watched, teary eyed, as her cortege wound its final journey through Mumbai.

In August, Tamil leader and Dravida Munnetra Kazhagam patriarch M. Karunanidhi ended his earthly journey at 95. The generational shift in Tamil politics was complete. His political rival J. Jayalalitha, matriarch of the rival AIADMK, had preceded him to everlasting glory in 2016.

Just nine days later Atal Behari Vajpayee, India’s much-loved Prime Minister from 1998 to 2004, a veteran leader of the ruling BJP, breathed his last. He was out of the public eye for over a decade, but thousands of people marched in his cortege, including Prime Minister Narendra Modi, walking behind, all the way to the crematorium in Delhi’s sweltering heat — a fitting tribute to this poet-statesman.

The Indian Space Research Organisation dazzled, sending 31 satellites into orbit with a single launch in January. A second lunar mission — Chandaryaan-2, is scheduled for January 2019 to land an indigenous rover on the moon. In December it launched a 2.25-ton satellite, making space travel from India a less distant possibility for young Indians.

India achieved the near impossible — simultaneously contracting to buy missiles from Russia, Rafale jet fighters from France and cosying up to US President Donald Trump’s itinerant administration. The Indian Navy launched INS Arihant, its first nuclear submarine, designed as our third strike capability should a nuclear showdown happen. The only problem: matching long-range ballistic missiles have yet to be made.

Farmers had a bad year, buffeted by either drought or crashing prices from bumper crops. Left-wing activists organised a week-long, 180-km march by over 50,000 farmers from Nashik to Mumbai, in the blistering May heat. Moved by their dire plight, Mumbai families offered food, medicines and sympathy. In more pleasant November, Delhi attracted a smaller demonstration by farmers. Delhi watched unmoved, as farmers from the hinterland and a sprinkling from other states converged replete with tractor-trailers of fuel, food and bedding for their “march” and overnight camp.

The government offered platitudes of support, increased procurement price and credit facilities, while ignoring the underlying problems of under investment, low productivity and “disguised” farm unemployment. Farm loan waivers, by the BJP in the Uttar Pradesh elections, spread to Telangana, Karnataka, Rajasthan, Chhattisgarh and reached a crescendo in Madhya Pradesh, where Congress president Rahul Gandhi promised to waive off farm loans, across India, amounting to a staggering `11 trillion (7 per cent of GDP), if the Congress was voted back to power in 2019.

Landowners were delighted. Share-croppers wondered how they would access the benefits. Agricultural labour remained unmoved, inured to pre-election promises. If a revolution ever happens in India, the hungry, jobless, low-skilled, rural labour will be at the forefront.

Fiscal tightening by the US Federal Reserve ended hopes of an interest rate cut. The sale of cars and white goods crashed, deepening the demand crunch. Equity markets peaked in end-August, rising 15 per cent but declined thereafter, ending the year just 6.5 per cent above the starting level on January 1, 2018. Savvy traders made money by buying low and selling high. Greedy middle-class investors and pensioners earned lower returns relative to safer options.

The BJP began the year strategising for 330 Lok Sabha seats. After successive loses in four Assembly elections it ended the year searching for allies to reach a simple majority of 272. Conversely, the Congress and the regional parties exude hope. 2019 promises to be a better year for them.

Government servants and public sector employees ended the year on a happy note, as always, chuffed by their safe harbour jobs and assured benefits versus the salary cuts, job loss and financial stringency in the private sector.

The Supreme Court made history in January. Four senior judges, including the present Chief Justice of India, held an unprecedented press conference to voice grievances against the then CJI, Dipak Misra. It ended the year with the Rafale case gaffe, where, like doctors, the three-judge bench, including CJI Ranjan Gogoi, misread the filed documents and leant on a non-existent CAG report, to rule in favour of the government. Ex-CJI Misra must have chuckled to himself. What you do onto others is what comes back to you.