India’s much-celebrated diversity has for long been about “living together, separately”. 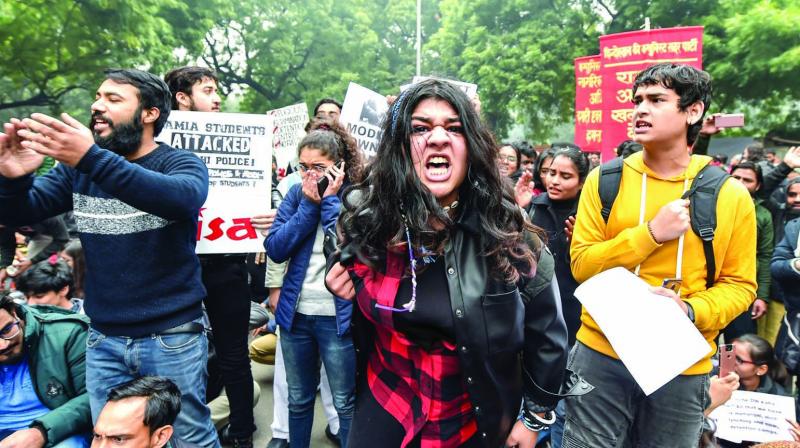 This is not a vote for atheism. It is about questioning whether we should stratify and identify citizens publicly on the basis of religious identity at all. Could one be a believer and yet refuse to tell the government what religion you believe in?

Even though the Indian Constitution was born in the pathos of Partition, all religious communities were promised the same equalities, freedoms and rights. Decades before the word “secular” was added to the preamble of the Constitution, the Constituent Assembly overwhelmingly saw secularism as integral to the new Indian State, and this was apparent enough to call the country the “Republic of India”. No prefixes, either religious or ethnic, were attached to the word Republic. In practice though, the Indian State created its own brand of secularism and in taking over Hindu endowments or in influencing appointments to Waqf boards and the SGPC, tried to act as the patron and benefactor of all religions. Thus, through its relationship with religious establishments, the State played a role in keeping religion a fact of life for Indians.

But since Independence, India has seen exponential growth and the emergence of mega-cities. An invariable result is that while older “ghettos” in the cities maintain their identities on religious lines, newer towns and cities reject this idea. In new towns such as Gurgaon, young Indians with college degrees prefer their professional identity over all others in social interactions. “I am a doctor,” is a much more commonly heard introduction than “I am a Hindu,” or “I am from Kerala.” This is also something we are seeing on the streets today. When the students of Jamia Millia, Banaras Hindu and Jawaharlal

Nehru universities protested in solidarity with each other, we witnessed the rediscovery of the “student” identity replacing all others. Our parents say it was last like this during the Emergency.

India’s much-celebrated diversity has for long been about “living together, separately”. Our grandparents would live next door to people of a different caste/religion/region and even share a meal but wouldn’t marry their children into “other” families. This is in no small part due to the wound of Partition — a wound that appears to have scabbed over, but which appears to bleed at even the scratch of a tweet. References to Partition have brought out the best and worst of Indian characters. Speaking publicly in support of regional rights and autonomy based on a narrative of victimhood was seen by the Indian State as a potential political threat to national integration but speaking about rights and victimhood of a religion was tolerated as a social issue that was too lethal to take head-on. Religion went from the pulpit to the ballot box to our Facebook pages in no time.

But the wound of Partition belongs to the generation past. It is not our albatross to bear; and this comes forth most evidently in the millennials who ask us today: “Why should our lives and laws be influenced by events and discussions from 72 years ago that neither we nor our parents saw?” In the anti-CAA protests today, when a new generation speaks passionately about how communalism has no place in Free India or when Hindu students form cordons around Muslim brethren when they pray during the protests, they frankly don’t see why it’s a “big deal”. Gandhi has been internalised but also transcended three generations later.

Those who disagree may well point out the paradox: India’s rapidly growing middle-class is more religious than ever and is willing to spend more money on religion than ever before — as seen in the giant statues of Hindu deities or the rising number of Haj pilgrims every year. There is no question that many post-millennial urban Indians remain pious and continue to prefer religious ceremonies at weddings and funerals. However, beyond such events part of one’s personal space, young urban Indians find it increasingly awkward or even annoying to delve on caste or religion in public spaces. If their parents may have alluded with misplaced pride to their ancestry and blood, their offspring today find it become perfectly normal to say, “I don’t even know which caste I belong to,” underlining that they equate the very act of stating caste with narrow-mindedness. This is as true of religion as it is of caste.

Why is this happening? Perhaps this mindset is an inevitable result of cosmopolitanism in which different communities live in close proximity to each other and are more exposed to (and sometimes adopting) each other’s habits, customs and recipes. Perhaps it is an offshoot of the fact that religion has not entered mainstream educational curriculum thus far. Or perhaps it is because we have seen that regional identity is far stronger than religious identity in a country as diverse as India. Gujarat’s Bohras and Patels, or Kashmiri Pandits and Kargil’s Shias, have far more in common with each other in terms of culture or cuisine than with Bengalis of either faith. The explosion of mass media and language-based entertainment has only deepened linguistic identity.

While it is unlikely that we’ll ever become a true melting pot, as the barriers of gender, caste and language are too obstinate and will not leave us easily, we’re slowly getting there. Differentiation on basis of gender is eroding, from female priests to a lady defence minister. Regional straitjackets are loosening; so, while a Tamil does not appreciate being mistaken for a Keralite, just as a Maharashtrian does not appreciate being mistaken for someone from Uttar Pradesh, we are much less likely to derogatorily address someone as “madrasi” or “ghati” today. This is already progress. There is an “Indianness”; a bond with our land that binds us together, which is what we are seeing on the streets these days. Packing our existing society — much less foreigners — into neat boxes of religion as a means of governance or politics thus appears an artificial attempt at best.

What can happen next? A rejection of the religious straitjacket. If you are a young Indian, you might end up choosing any of three ways. First, you might confess to professing belief in multiple religions. In this case, you would very much identify as a believer, but would publicly clarify that you believe in multiple paths to God. You might even donate money to building multiple centres of worship within the same compound. For advice, ask any Hindu student who visits Ajmer before the exams, or a Jain who donates to a temple in Banaras.

Second, you could stop talking about religion in the public space completely. You’ve probably heard this narrative: “WE respect everyone, but others don’t respect us. The historical injustices WE suffered were never addressed. OUR real problem is that WE as a community are not united, while others are. WE will now defend ourselves” …Replace the word WE with any community or religion or nation down history and you’ll see how violence was instigated — from the Crusades to Rwanda to the Yugoslav civil war.

This is the universal narrative of “victimhood”, which is propagated and exploited by those seeking to polarise society. When you stop talking about religion in the public space, you effectively pledge to never use this narrative. You render it toothless and it loses its power over you.

Or third, perhaps you decide to place an identity above religion — that of being Indian. This idea has often found appeal, for example during the nationalist protests over division of Bengal on religious lines in 1905. Hence, in the new vision, you might decide to redefine the word “Indian” by a set of specific values. You might refuse to be patronised by the State when it comes to religion, rejecting all state subsidies on religious grounds, even as you scrupulously obey the law of the land. You might advocate for a law against hate speech. You might look at Indonesia’s efforts to reclaim its decades-old system of “Panchasila” values — which combine the Islamic concept of Fard-u-Kifayah, Hindu concept of Tat Tvam Asi, and Christian concept of neighborly love, but envelop it in a non-religious envelope called “Kemanusiaan” (just and civilised humanity). As a bottom-up effort, representative groups of young Indians may debate and formulate a similar set of specific values that ensure we have an Indian identity — on identity cards as well as in TV debates — that surpasses and eclipses religion.

A vision for a new self-identity in the public space, which goes above and beyond religious identity, is the need of the hour. India’s youth are up for the challenge.

Raja Karthikeya is working on a book about how individual decisions in the face of adversity impact society.