The Urs tradition in Ajmer Sharif began in 1236 when Gharib Nawaz, after praying in seclusion for six continuous days, met his Lord. 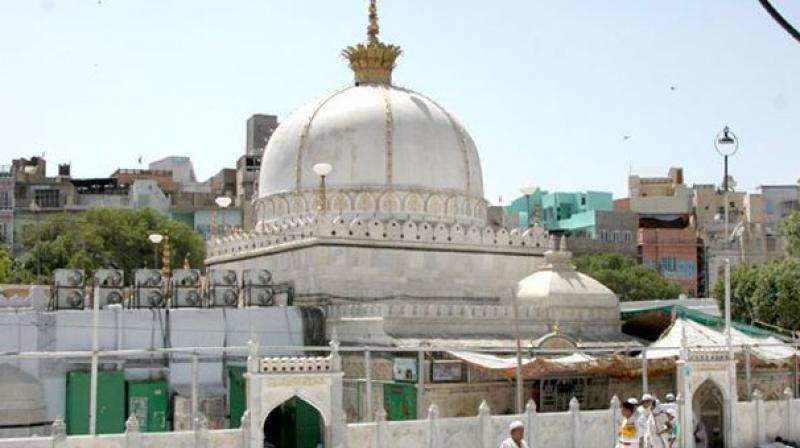 Ajmer Sharif is the prime Sufi shrine in India with its anniversary (Urs) being one of the largest spiritual congregations in the world. The 805th Urs of Ajmer Sharif is around the corner. On this occasion, followers of all faith, traditions flock to the shrine of the 11th century Muslim mystic who founded the Chishti Sufi order in India — Hazrat Khwaja Moinuddin Chishti, popularly known as Gharib Nawaz (benefactor of the poor).

Along with the Chishti tradition, numerous Sufi silsilas (orders) like Naqshbandiyya, Suhrawardiyya and Quadriyah were founded by the saintly figures in India. The annual occasions of Urs are observed to mark the death anniversary of every departed Sufi mystic. Though the Urs are seen as purely Islamic congregations, however, followers of all religions participate in the shrine visitation with an equal veneration.

The Urs tradition in Ajmer Sharif began in 1236 when Gharib Nawaz, after praying in seclusion for six continuous days, met his Lord. Since then the annual Urs has been observed for six days as an occasion of spreading Khwaja’s core messages: love for all, hatred for none, social amity, communal harmony and spiritual synergy.

In fact, the Urs celebrations like the one in Ajmer Sharif greatly contribute to the strengthening of the mystical foundations on which the country’s composite culture rests. They reveal how different religions and cultures in India coexisted, exchanged and accepted each other’s universal values in order to formulate a composite society.

One of the beautiful works rendered by the Sufi saints in India was the conception of a pluralistic, multi-cultural tradition popularly known as “Ganga-Jamuni Tehzeeb”. This was the drive behind their mystical influence in this land of Vedic culture, which whole-heartedly embraced the Rishi-Sufi tradition — the syncretic culture, which fosters the fusion of faiths and communal harmony and, hence, is highly revered by people of all religions in India. Prominent Indian Sufis like Hazrat Khwaja Moinuddin Chishti of Ajmer Sharif were the forerunners of this spiritual symbiosis in this country. Following in his footsteps, Baba Fariduddin of Pakpattan and Hazrat Nizamuddin Aulia of Delhi, Khwaja Qutbuddin Bakhtiyar Kaki and Chiragh-e-Dehli left an everlasting impact on the composite culture in India.

Clearly, the Urs or Sufi festivals inherently connote syncretism. But at the same time, they are also meant to exhort taqwa (piety and self-purification) and Tazkeer al-Akhirah (remembrance of the judgment day). These two are the core objectives in visiting any grave or shrine in Islam and, therefore, they should be fully maintained.

But the significance and meaning of taqwa (piety), according to the Sufi practitioners, is not confined to ritualistic prayers and invocations. Taqwa is a much deeper notion than what is commonly assumed. Sufi saints viewed piety or taqwa through the prism of a mystical prophetic tradition. Once, Prophet Mohammad (pbuh) pointed to his breast three times and said: “Taqwa (piety) is right here.” Prophet further explained: “Taqwa is not your apparent deeds. But rather, it is something deep down in your heart. It is a close relationship between an A’bd (servant) and his Rab (Lord). Taqwa is the constant cognisance of the divine, contentment with the little you possess and preparation for the eternal life after death. They are all actions of the heart.”