Humongous because not only does it weigh over 400 tons, this single organism covers about 2,385 acres in Oregon’s Malheur National Forest. 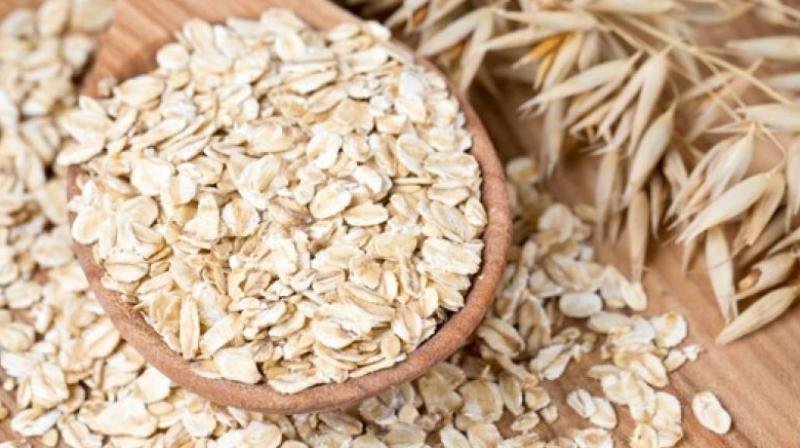 It also has no stomach, eyes or mouth but can seek out and digest its favourite food which, you’ll be glad to know, isn’t human flesh but oatmeal.

Tt is bright yellow and has 720 sexes (imagine the preferred pronouns for that, if you will). It has no nervous system or brain but yet is capable of solving problems like navigating through a maze (thanks to algorithms embedded in its biochemistry) and it can learn from experience and also transmit that knowledge. If it merges with another of its species, the newly formed creature possesses the knowledge of both halves.

It also has no stomach, eyes or mouth but can seek out and digest its favourite food which, you’ll be glad to know, isn’t human flesh but oatmeal. You’ll also be relieved to hear that its maximum speed is about four centimetres an hour so if this creature changes its mind regarding its diet there’s a good chance you’ll be able to run away.

Oh, and did I mention that it is also functionally immortal? The only things it doesn’t like are light and drought but in the worst-case scenario it can just go to sleep for a few years or even decades and wake up once the danger has passed.

Because this sounds like something out of a science fiction movie, the people at the Paris zoological park where this creature is exhibited are calling it ‘the blob’ in a nod to the classic 1950s horror movie, though its actual name, which translates to ‘the many-headed slime’, may be even cooler. While scientists admit that they ‘don’t actually know what it is’ they are pretty sure it’s not an animal or a plant, but may well be some form of fungus.

If so, it belongs to a truly ancient family; in 2014, scientists digging in the Canadian arctic found a billion-year-old fossil of a fungus they named Ourasphaira giraldae. When thinking about the implications of its age, please note that the first dinosaurs only appeared a mere 270 million years ago and that this discovery basically upends everything we thought we knew about how life on earth evolved.

Until now we thought that fungi and plants acted mostly together to colonise the surface of the earth, but given that the oldest plant fossils only date back some 470m years, this means that the fungi were first. This, in turn, means that animals (closely linked to fungi in the ‘tree of life’) may also have appeared on earth far earlier than we imagined.

While we are familiar with the descendants of this ancient fungus: mould, yeasts and mushrooms (magic and otherwise), it may come as a surprise that it is also related to the largest living organism in the world. No, that’s not the blue whale but is in fact the Armillaria ostoyae, which is also appropriately dubbed the ‘humongous fungus’. Humongous because not only does it weigh over 400 tons, this single organism covers about 2,385 acres in Oregon’s Malheur National Forest.

That’s close to four square kilometres, a size a little larger than Male, the capital city of the Maldives and it was alive and kicking around the time Socrates was born. It, and other giant fungi (yes, there are quite a few … that we know of) live largely underground, and feed and multiply by literally sucking the life out of the trees in the forests where they live and planting their spores in the rotting husks.

If you think that’s rather unpleasant, then you haven’t met the downright evil Ophiocordyceps unilateralis, the zombie-ant fungus. This sinister ’shroom not only invades ants’ cells but also creates its own linked networks inside the ants’ body, killing its neurons and forcing it to move and act according to the fungus’ wishes.

These franken-ants then find an appropriate plant and sink their jaws into the leaves at the precise height dictated by these body-snatching fungi and wait there while the fungal stalks sprout out of its body to rain down spores on other, unsuspecting ants. Nature certainly does give off serial killer vibes sometimes.

And if that is not mind-blowing enough, did you know that fungi can also act like an internet for plants? Known as the ‘fungal internet’ or the “wood wide web’, this is an interlinked underground network of fungi that actually helps plants communicate and exchange not just nutrients but information as well.

For example, if a tomato plant at one end of the network is attacked by aphids or a disease, tomato plants at the other end of the mycorrhizal network learn about it and implement countermeasures making themselves less susceptible to the infestation.

How far do these networks span? We don’t know for sure but they may well be continent-wide in some cases — an underground brain with potential beyond what we can currently imagine. Indeed, the more we learn, the less we know about how to define ‘life’ itself, let alone sentience. Think about that the next time you’re enjoying your cream of mushroom soup.