Translated, Satya is Sundar, and Sundar is Satya. In our case, it is not. 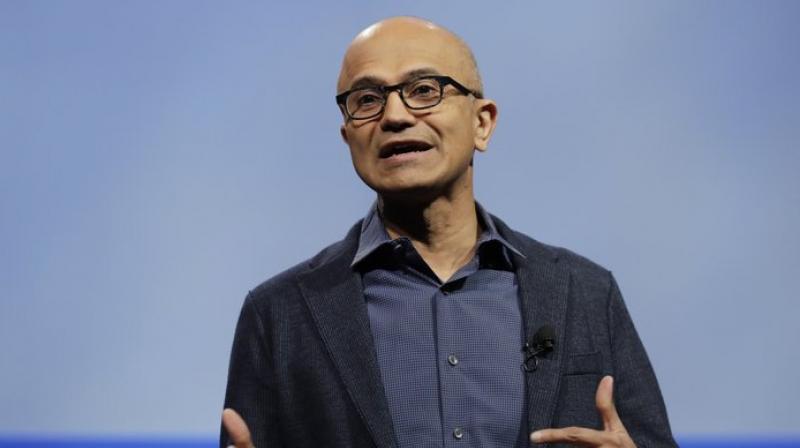 It was an extraordinary year for India’s greatest technology exports ever — Satya Nadella and Sundar Pichai — two individuals who have achieved the absolutely highest positions in the world of technology. While Mr Nadella, the CEO of Microsoft, was declared the “Person of the Year” by the Financial Times, Mr Pichai was named the CEO of Alphabet, the principal company which owns Google, of which Mr Pichai has been the head for quite a few years.

Actually, we Indians, those of us living in India, have achieved something different, though no less extraordinary — we have given the dead poet John Keats something to rethink; his chiasmus in Ode on a Grecian Urn, when he declared, “beauty is truth, truth beauty”. Translated, Satya is Sundar, and Sundar is Satya. In our case, it is not.

For us Indians to boast about their success as an Indian achievement is not true — their achievements are as un-Indian as it can get in our idea of India today — and the underlying truth is ugly.

Immigrants’ success: The foundational value of their success is the idea of America, the great melting pot, where people of any country can come and make their tomorrow better. Now, if America implemented a citizenship law disallowing non-Christians into their land, we can only speculate about Satya Nadella, general manager, and Sundar Pichai, project manager, in two Indian companies.

Rejection of inheritance: The rise of these two, even after reaching America’s shores, would not have been possible if Bill Gates and Steve Balmer, or Larry Page and Sergey Brin, had an Indian weakness for familial inheritance of positions. Put any Indian in place of these four and their succession planning would have included son, daughter, son-in-law, nephew, niece, and a long-extended set of cousins taking up the positions.

The final rise of Mr Nadella and Mr Pichai was further made possible by the most un-Indian of values — to create something and make way for someone else to hold the reins based only on talent, a far cry in a nation where even political parties are passed down as family treasures — just as their initial success was based on a liberal immigration policy.

For a nation that takes pride in those Indians, who have achieved something after they left our country, unable to find the opportunities they aspired for at home, is fake pride. For a nation that takes pride in the achievements of Indians overseas without having created such platforms itself — Wimbeldon, the Oscar awards, the Nobel Prizes, or the Booker or Pulitzer prizes — it is a falsely premised pride. And top the pride cake with a cherry — quickly google the caste of newest achiever abroad and feel the chest fill with pride if it matches.

To be truly deserving to feel pride in the achievements of Satya Nadella or Sundar Pichai, we need to also become a country whose Sahitya Akademi prize is aspired for by authors or poets across the world, and aspire to become a nation where a Bangladeshi Muslim can migrate, become a citizen, join a company and become its CEO.

Little wonder that we may prove Keats wrong, but we also prove Joseph Heller right — to be proud of something we must be ashamed of is a trick that never fails. Not in India, not in our India, not in today’s India.