Yogi seems to be following the footsteps of Mayawati, who followed a similar pattern as chief minister. 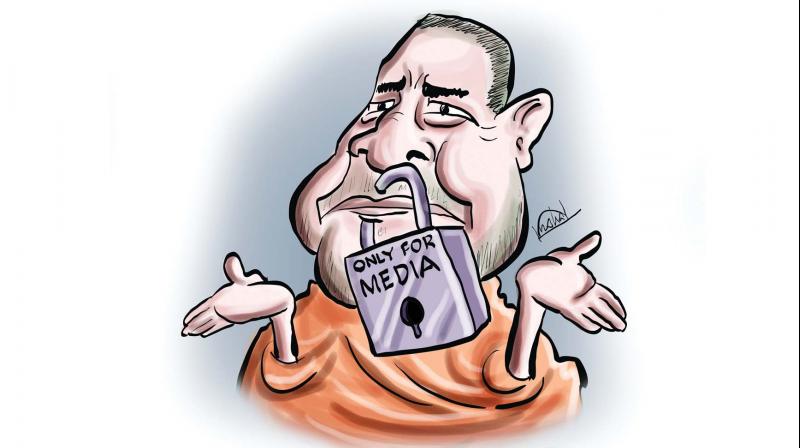 Since the message from the chief minister has gone down loud and clear, officers and ministers have started shutting their doors on journalists.

Uttar Pradesh chief minister Yogi Adityanath, who recently completed 100 days in office, continues to have an aversion for the media. The chief minister, in his three press conferences held till date, has refused to take questions from journalists and simply walks away as soon as questions start coming.

Entry to his office and residence is strictly out of bounds for journalists and even television crews are not allowed to station themselves at venues where Yogi is scheduled to attend a function.

According to the grapevine, the Yogi is apprehensive that interactions with the media could land him into controversies and has even asked bureaucrats to keep the media at bay. Party leaders who have suggested meetings with journalists have also been ticked off.

Since the message from the chief minister has gone down loud and clear, officers and ministers have started shutting their doors on journalists. “Ministers have been asked to make official announcements before the media only after getting clearance from the CM’s office and no further interaction is permitted,” said an official.

Yogi seems to be following the footsteps of Mayawati, who followed a similar pattern as chief minister. 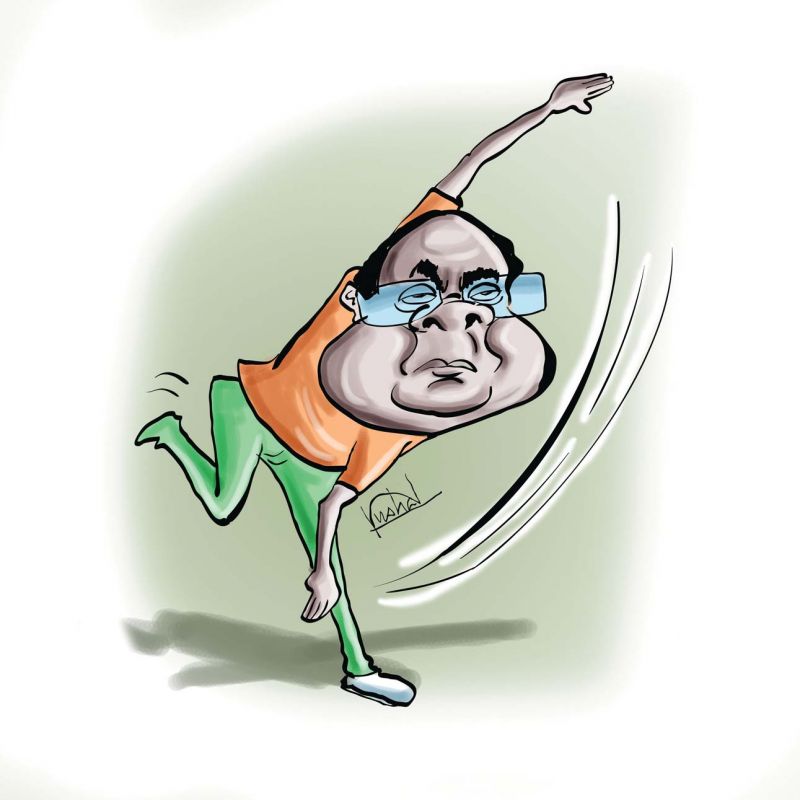 A reverse-swing delivery
When Odisha chief minister and Biju Janata Dal president Naveen Patnaik recently drafted Congress spokesperson Sulochana Das into his party fold, many in the regional outfit expected that all their leaders would extend a red carpet welcome for her oratory skills, forgetting the fact that she was leading the no-hold-barred attack on them on different issues.

However, it was an unlikely proposition for Mr Patnaik’s deputy, BJD vice-president and state agriculture minister Damodar Rout.

Humiliated and hounded in the past by Ms Das, specially during prime time television debates,

Dr Rout was waiting for an opportune moment to avenge all his embarrassment.

When journalists wanted his reaction on the development, the maverick politician with his acerbic tongue said: “Sulochana was always raising fingers at the BJD, saying women are unsafe under its rule in Odisha. Perhaps now she finds the BJD the best custodian and protector of women, and that’s why she came to take shelter under it and secure her political future.”

Dr Rout’s followers standing beside him said: “Our boss has now bowled a reverse-swing delivery.”

‘PC’ vs ‘PC’ battle in Chhattisgarh
Political leaders, particularly in Chhattisgarh, can be bracketed into two categories, “PC” or press conference leaders, and “ML” or mass leaders, according to chief minister Raman Singh.

One group whose political activities are confined only to the media can be described as “PC” leaders, the other which toiled hard going directly to the people fell into the category of “ML”, Mr Singh suggested while offering his logic that why he did not foresee any threat from Congress leaders in Chhattisgarh.

“There are some ‘PC’ leaders in Chhattisgarh. They wake up in the morning, brush their teeth, hold press conference and then go back to sleep. Again in the evening, they address ‘PC’ and then retire to bed,” he observed sarcastically, while dismissing Congress leaders, particularly state PCC president Bhupesh Baghel.

“They do nothing but address press conferences. They have reduced themselves to as mere paper tigers,” he quipped. “A farmer gets a good harvest only when he tills his land well. He should not expect good yield of crops in his land if he does no tilling,” Mr Singh quipped, while suggesting Congress leaders to go to the people instead of playing politics in the media (by way of addressing press conferences only).

The Congress, however, sought to counter him by making him pay in his own coin.

“But people have a different understanding of a ‘PC’ leader after the chief minister called upon BJP leaders to stop taking commission for one year if they wanted the party to rule the state for another 25 years,” Chhattisgarh Congress spokesman Bhujit Joshi said.

It seems the rivalry between the ruling BJP and Opposition Congress has now taken a different dimension — “PC” vs “PC” battle.