This year the Akhilesh Yadav government conferred the honour on 46 “eminent persons” in March. 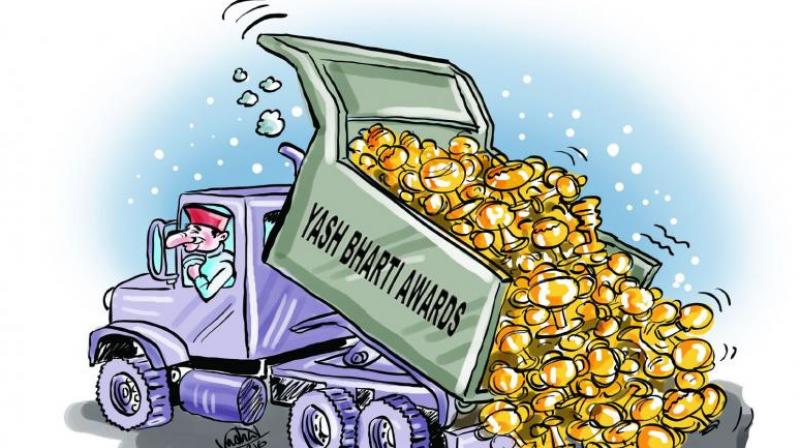 The awards were broiled in a controversy earlier this year when the Allahabad high court asked the state government to explain the criteria for selection and process.

The Yash Bharti Mela
The Yash Bharti awards, touted as the “highest civilian award” in a state, are becoming a joke of sorts. When the Yash Bharti award was launched in 1994 and when the first one was bestowed on Harivansh Rai Bachchan, the award was considered an achievement. Over the years, the Samajwadi Party government has turned the award into a tool for pampering its loyalists. This year the Akhilesh Yadav government conferred the honour on 46 “eminent persons” in March, then another 54 “eminent persons” in October and, this week, another 12 persons were conferred the award which carries a cash prize of Rs 11 lakhs, a shawl and a monthly pension of Rs 50,000.

The awards were broiled in a controversy earlier this year when the Allahabad high court asked the state government to explain the criteria for selection and process. “The Samajwadis have turned the award into a party affair and that is why it gets discontinued when rival parties are in power. If it is a state award, it should be given due respect and there should be transparency in selecting the awardees,” said a retired bureaucrat, and added that Yash (honour) Bharti had turned into an “Apyash (dishonour) Bharti” due to politics. 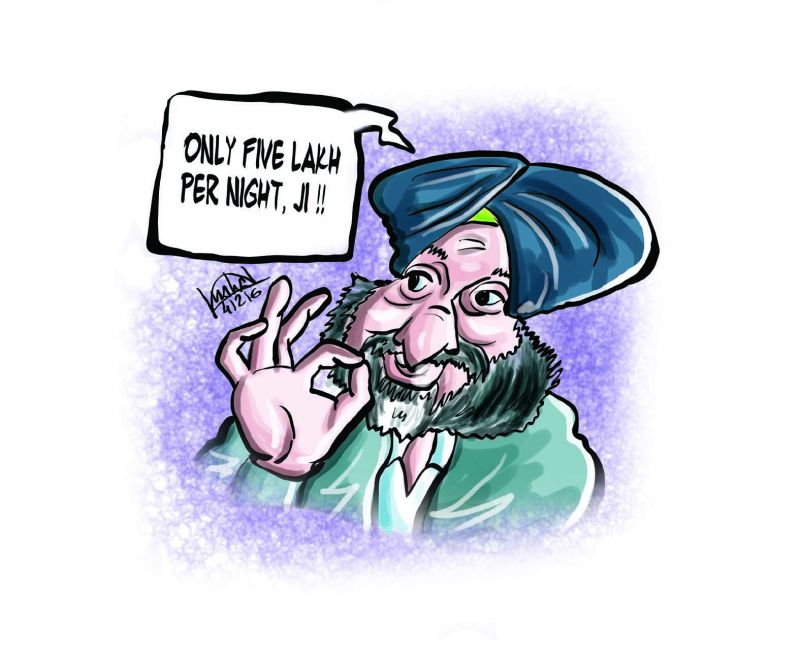 Badals and super-luxury resort
Last week the Oberoi Sukhvilas Resort & Spa was opened near Chandigarh. The super-luxury resort is owned by Punjab deputy chief minister Sukhbir Singh Badal and his wife Union minister Harsimrat Kaur Badal. A villa at the resort costs Rs 5 lakhs a night, premium rooms Rs 35,000 each, a one-km nature trail to forests and a private approach road are some of the features. However, the Opposition parties were not impressed with the resort, and described it as a “brazen promotion of family interests” by the Badals.

Senior Congress leader Sunil Jakhar said that the “resort would be akin to Taj Mahal for the Badal family, where their dreams of ruling Punjab for 25 years will lie buried.” He said that the resort was a cruel joke on the people of the state who have been awaiting fulfilment of false promises made by the Akalis. As they say in Hindi, ye to chhati pe moong dalne wali baat hai. Without feeling any compunction for the pain and suffering of the people of the state, they are busy expanding their businesses. 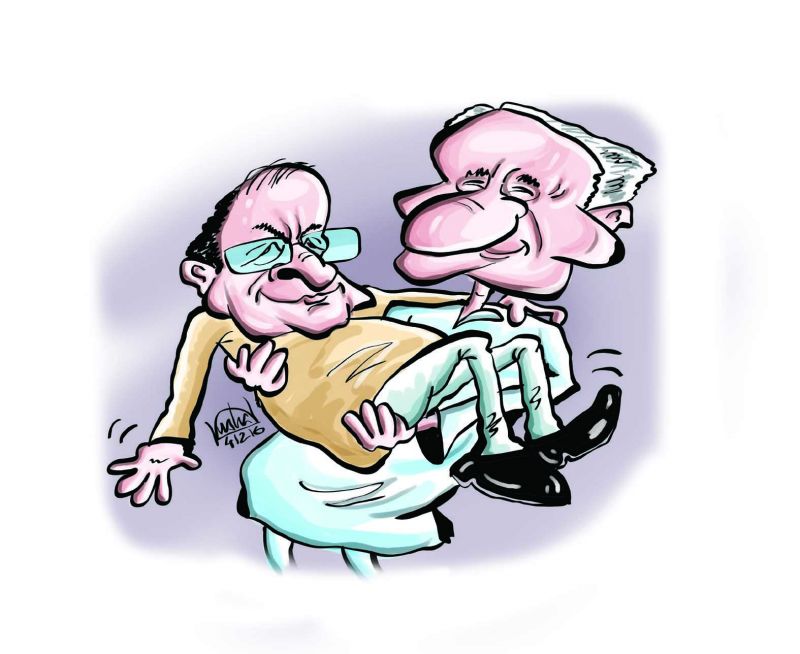 Naveen: Master of Masterstroke
Odisha chief minister and Biju Janata Dal president Naveen Patnaik, who is considered in political circles as a master of masterstrokes for neutralising his adversaries, has done it again with élan. A week after BJP president Amit Shah snubbed him in very harsh words like an “inefficient” and “incapable” ruler and called upon partymen to “overthrow” his government, the bachelor politician took sweet revenge on Thursday. Enthused by Mr Shah’s speech, Odisha state BJP leaders had organised an intellectual meet at 3 pm on Thursday to be addressed by Union finance minister Arun Jaitley.

They hoped Mr Jaitley would push forward the saffron party’s anti-BJD agenda launched by Mr Shah by highlighting the failure of the Patnaik government. All plans of the BJP leaders went astray when the crafty Chief Minister literally hijacked Mr Jaitley in his own car from the “Make in Odisha” conclave venue to his residence for sharing lunch. While over 2,000 people, including top leaders such as Union minister Dharmendra Pradhan and state BJP president Basant Panda, were waiting for Mr Jaitley to arrive at the venue, he arrived there one hour later. By that time, the damage had already been done with all electronic media airing the news: “Amit Shah proposes, Arun Jaitley disposes.” Minutes later, Opposition Congress leaders went on to say: “Our allegation that the BJD and BJP leaders have tacit understanding to help each other now stands vindicated.” 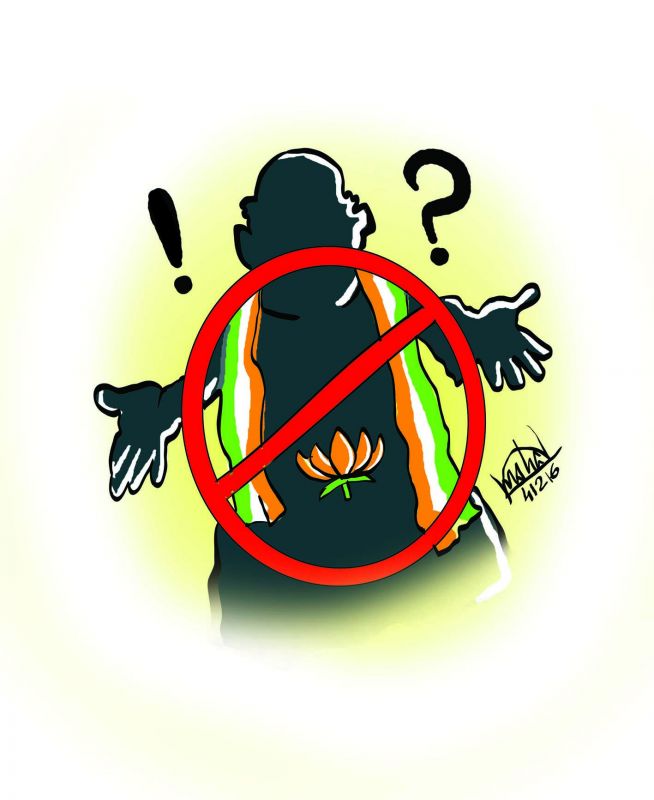 A tableau issue
Sending a tableau representing the state’s cultural heritage in the Republic Day parade has been a major political issue in Assam. In fact, there have been many occasions when the previous Congress government failed to send its tableaus for the parade. Keeping in mind their hard-hitting remarks against the previous Congress government for its failure in sending its tableau, the newly-formed BJP government had taken all necessary steps to ensure that the state is represented with its tableau in the parade, obviously to avoid any embarrassment.

The Assam government succeeded in sending the Republic Day’s tableau design on time but the expert committee for the selection of tableaus, this time rejected the design of the tableau, which was based on theme of the historic Kamakhya temple. Obviously embarrassed, the Assam government has rushed its MP Ramen Deka and minister Naba Kumar Doley to take up the issue with defence ministry officials.

There's a lot in a name
Till a year ago, no one knew Dilip Ghosh in political circles of West Bengal. He was a committed RSS man who was in-charge of Andaman and Nicobar Islands and had even worked as an assistant to former RSS chief K.S. Sudarshan. It was in early 2015 that he came to the state BJP. The first time most people and political leaders heard his name was a year ago when he was appointed president of the BJP in poll-bound West Bengal in December 2015. He replaced well-known state party president Rahul Sinha. Despite being an outsider, Mr Ghosh very quickly took control of the party organisation. In April-May he also contested the Assembly election from Kharagpur and wrested the high-profile seat from Congress’ Gyan Singh Sohanpal, who had won it 10 times consecutively in the past half-century.

Emboldened by the electoral triumph, he intensified his attacks against Didi. After Narendra Modi’s announcement of demonetisation on November 8, Mamata Banerjee took the lead to unite the Opposition parties in the country against what she described as “Hitler-like decision”. Mr Ghosh also sharpened his attacks against her. Last fortnight the CID busted several baby trafficking rackets in Kolkata and other parts of West Bengal, BJP supporters hit the streets to embarrass Ms Banerjee who is also the health minister. However, suddenly the tables were turned when some Bengali channels recently aired the breaking news “BJP leader Dilip Ghosh arrested for baby trafficking”.

Mr Ghosh was momentarily shocked out of his wits. The picture became clear within a short time when it was learnt that the arrested Ghosh was a doctor who was a small-time BJP leader who had unsuccessfully contested the Bidhannagar Municipal Corporation elections in 2015. Mr Dilip Ghosh immediately suspended the doctor from the party. However, the damage had been done. Mr Ghosh has gone into a sulk. “Why the hell the arrested doctor had to be my namesake?” the state BJP president asked a colleague.