UP Chief minister Yogi Adityanath also does not take questions in his press conferences that are, in any case, few and far in-between. 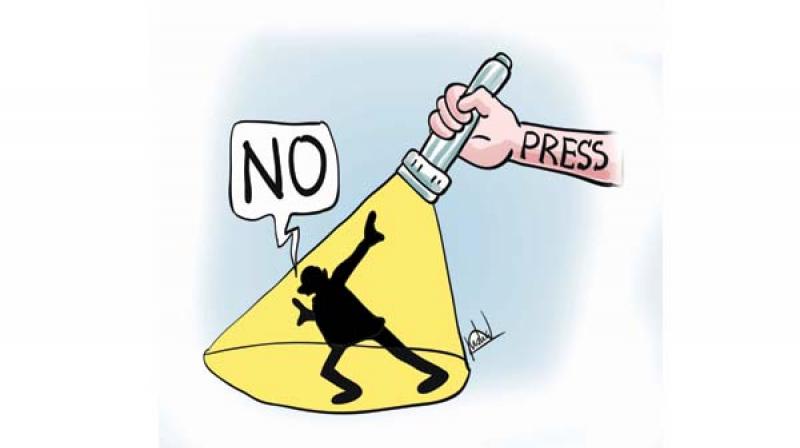 An SP leader said that this was a “more peaceful way of communicating with the media.

Political leaders in Uttar Pradesh have finally found a way of having their cake and eating it too. Mayawati and Akhilesh Yadav have started doing away with the customary press conferences and whenever they have to make an important announcement, they call one multi-media news agency and give their statement. There are no uncomfortable questions asked and the statement goes viral within minutes. It is only when leaders join their parties and photo opportunities are needed, that press conferences are held. Chief minister Yogi Adityanath also does not take questions in his press conferences that are, in any case, few and far in-between. An SP leader said that this was a “more peaceful way of communicating with the media. There are over 750 accreditated journalists in Lucknow and how does one manage a press conference with so many scribes? It is easier to call an agency and get the message across. Besides, it saves on the money spent on refreshments too”, he remarked. It is now only the Congress and Aam Aadmi Party that follow the tradition of addressing press conferences in Uttar Pradesh. 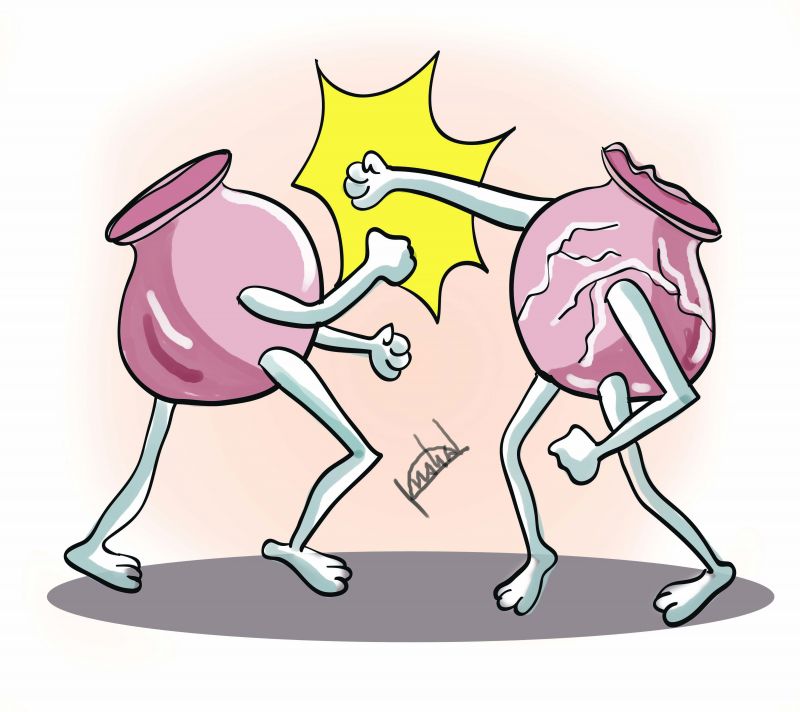 Playing with literary devices
Metaphors and proverbs have now found favour with Odisha politicians to attack each other’s rivals. Recently, chief minister and BJD president Naveen Patnaik dubbed the Narendra Modi government as phampa mathia (empty vessel) to tell the people that the BJP had not fulfilled the promises it made to the people of the state on the eve of 2014 polls. His party spokespersons picked up the line and attacked the opponents by pronouncing the complete proverb — “Empty vessels make the most noise” — on prime time television debates. Not to lag behind, top BJP leader and Union petroleum minister Dharmendra Pradhan launched a counter offensive in the similar vein. He used the famous Odia metaphor phatamathia or “cracked vessel” to snub BJD and its leadership. In Odisha, people use the metaphor phatamathia to snub people or institutions having no actual worth. 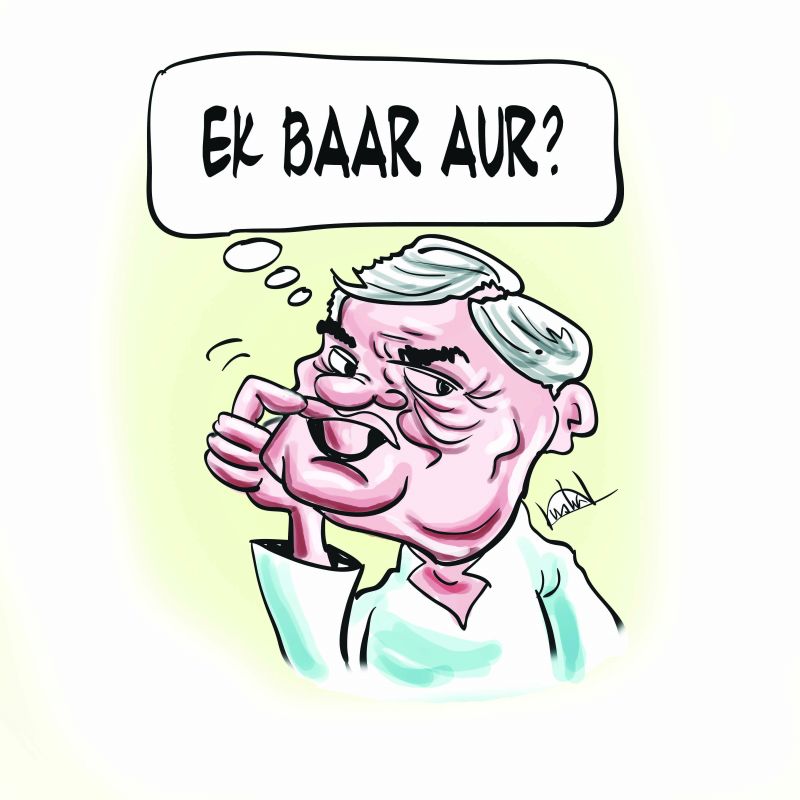 Ek Baar Aur?
Ek Baar Aur? No, not again please. Wily Babulal Gaur can create a storm in a tea cup. The octogenarian saffron leader has recently given a demo of his astuteness causing a ripple in the BJP from Bhopal to Delhi. Mr Gaur has apparently chosen the “rare” occasion of his exchange of pleasantries with Prime Minister Narendra Modi when the latter was in Bhopal on September 25 to sound the poll bugle for the BJP in election-bound Madhya Pradesh, to deal a blow against chief minister Shivraj Singh Chouhan, considered his bête noir. The next day, Mr Gaur called select scribes to his official residence in Bhopal and said, “He (PM) had encouraged me to win the polls from my assembly seat this time too, saying Ek Baar Aur Gaurji.” Mr Gaur's disclosure, coming in the wake of speculations of denial of party ticket to him this time, had appeared to have left the chief minister's camp anxious. Mr Gaur, his loyalists say, has many tricks up his sleeve.