Samajwadi patriarch Mulayam Singh Yadav incidentally started the trend, when the family feud was at its peak. 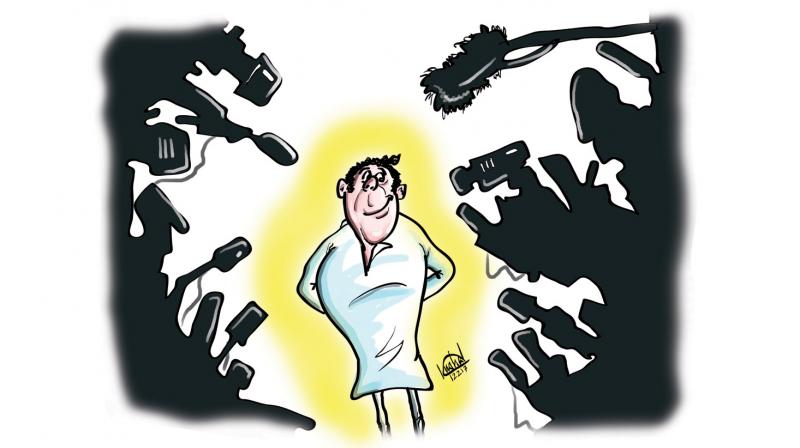 The print media is also shunned when it comes to giving interviews and the various PR agencies working for top leaders have a reason for this too —since there are so many publications and they cannot please everyone, it is easier to avoid everyone!

With elections on in full swing in Uttar Pradesh, political leaders have developed a sudden penchant for soundbites and are conveniently ignoring the print media. When it comes to taking journalists on the campaign trail, those representing the print media are strictly not welcome and some netas even ask for “just camera persons” to accompany them while campaigning. The reason given is “they do not ask many questions”.

The print media is also shunned when it comes to giving interviews and the various PR agencies working for top leaders have a reason for this too —since there are so many publications and they cannot please everyone, it is easier to avoid everyone!

Samajwadi patriarch Mulayam Singh Yadav incidentally started the trend, when the family feud was at its peak. He found it easier to call over an electronic news agency, read out his statement and the rest of the media would go around chasing the news.

A senior politician from the party explained: “With the media getting physically aggressive, senior politicians like Mulayam Singh feel uncomfortable in the presence of dozens of channels and everyone pushing the mike into their faces.”

And about the preference for the electronic media, he quipped, “Who doesn’t like seeing their faces on TV?”

Building brand BJP
Union minister Ram Kripal Yadav has pulled out all stops to downgrade his opponents. On an assignment to canvass the BJP candidates contesting in the upcoming Odisha panchayat polls, he started attacking the Opposition seconds after he alighted from his plane.

Being fully aware of the presence of the media at the airport eager for his bite on the ruling BJD in the state, he said: “Friends, look all around here. There is no protocol in place here…  no security for a Union minister. Is this how the ruling BJD treats a Union minister? Such behaviour is not expected even from your bitterest enemy.”

The minister’s blistering attack on the government was lapped up by the media, setting the right tone for a fruitful campaign. He soon called a press conference in which he accused the Naveen Patnaik’s government of being a “plunderer” and alleged that the Odisha CM was incapable of leading the state towards development. This too got a wide coverage in the press. But he was not a man to be satisfied this easily. He played laudi (a stick game played by Lord Krishna) with the Yadavs at an election rally during which he exhorted them to unite on the basis of caste and vote for the BJP. This trick also clicked as his controversial campaign strategy remained in the local news for three days, making sure that “Brand BJP” reached the maximum number of people possible.

The ultimate sycophant
Madhya Pradesh’s education minister Vijay Shah has proved that he too can teach his “boss”, chief minister Shivraj Singh Chouhan, a lesson or two on how to demonstrate loyalty to their leaders. 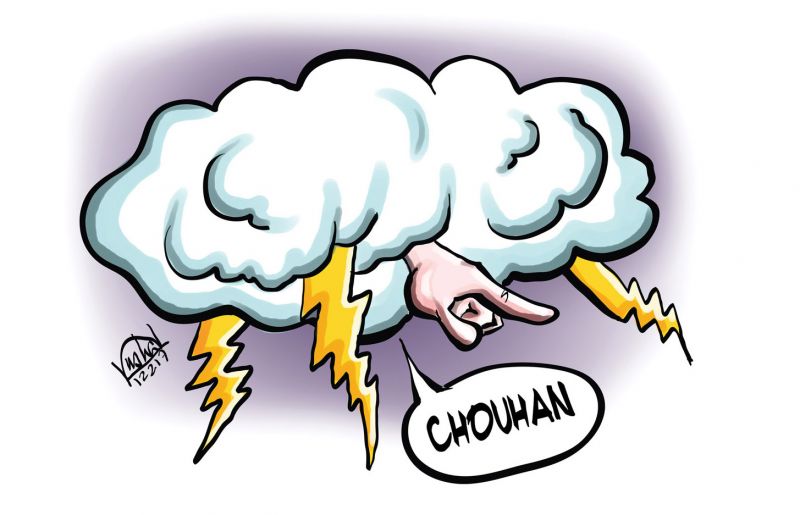 “Janam se lekar mrityu tak garib ke liye sochne wala insan/upar Bhagwan and dharti par Shivraj Singh Chouhan (There are two people who constantly worry for the poor from their birth to death—God in heaven and Shivraj Singh Chouhan on earth),” he observed while addressing a convention in MP.

He went on to praise his leader, saying, “There is no parallel to the chief minister. I will quit politics if anyone can present before me one like our chief minister.”

He added: “I am saying this not to show my loyalty to the CM but out of conviction. I have not seen a person like him in my entire life.”