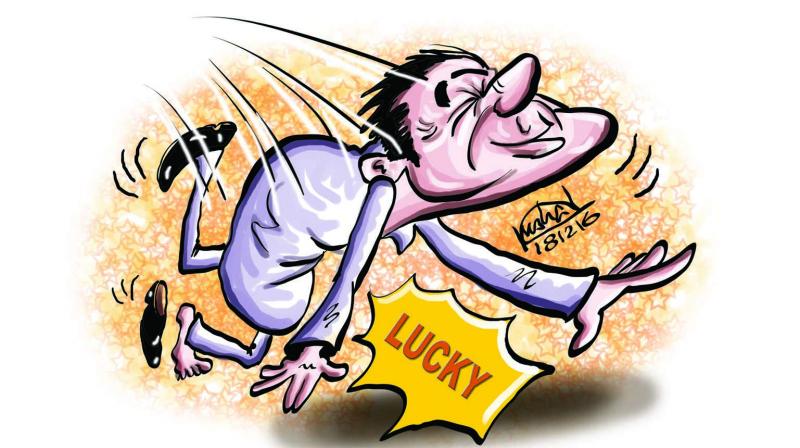 When a push becomes a lucky charm

Never before has a “push (dhakka)” been so much in demand as it is now in the Samajwadi Party.

Suddenly, all party workers, aspiring for either a ticket or a ministerial position, want to be “pushed” around by their leaders in full public view and the reason is evident.

Abdi was rewarded with the position of an adviser in the state irrigation department and blessed with ministerial perks by the chief minister.

Earlier, mafia don Ateeq Ahmad was given a shove by chief minister Akhilesh Yadav at a party meeting in Kaushambhi when he tried to get close to the CM.

Ateeq Ahmad has now been rewarded with a Assembly ticket form Kanpur Cantt. — a constituency he has no connection with.

After these two leaders benefited from a “dhakka”, SP leaders are eager to get pushed by either Shivpal Yadav or Akhilesh Yadav.

“This is one ‘dhakka’ which brings benefits instead of ignominy, so wouldn’t one want a ‘dhakka’ in such a situation?” asked a senior leader and he is apparently right this time. 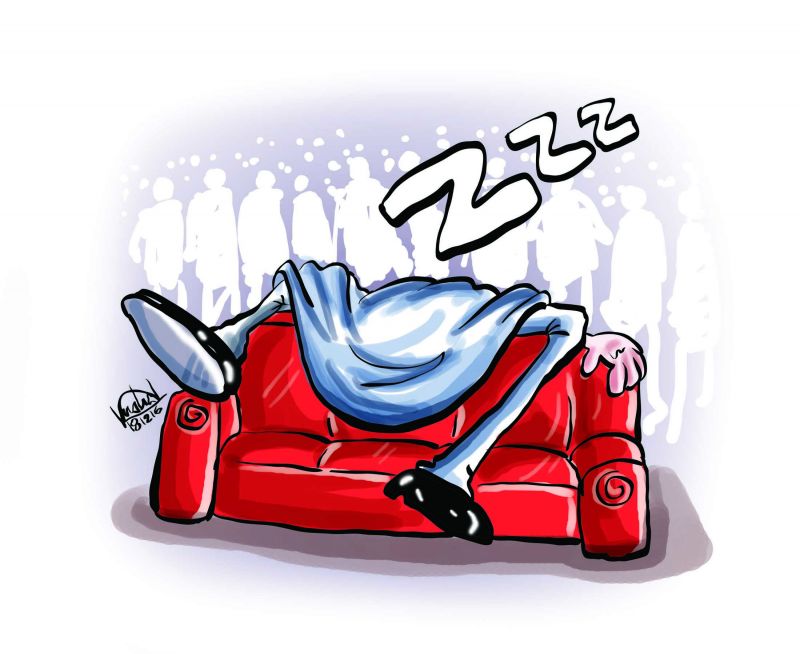 Controversy, it seems, is the middlename of Chhattisgarh panchayat raj minister Ajey Chandrakar.

Mr Chandrakar, who appears to have a penchant for being in news for the wrong reasons, had attracted negative publicity in media for “acting smart” apparently to draw BJP national president Amit Shah’s attention at a recent party event at Raipur in Chhattisgarh.

The minister who has been dragged to court by a former woman officer of the state government for “misbehaving” with some lady probationers of the panchayati raj department, was “snubbed” in a subtle way by Mr Shah when he suggested him to face press cameras with the party’s mouthpiece Deep Kamal in his hand, on the occasion of inauguration of the library in the newly-built state BJP headquarters at Raipur on December 12.

“Mr minister, do not get overexcited. I have got many pictures clicked,” Mr Shah retorted, leaving Mr Chandrakar red-faced.

More awkward moments for Mr Chandrakar were in store as Mr Shah’s programmes in Raipur had progressed.

He again received a mild “snub” from Mr Shah when he apparently tried to come into the frame of the picture being taken when the party chief was garlanding BJP ideologue Dr Shyama Prasad Mukherjee’s statue. A seemingly annoyed Mr Shah was seen gesturing Mr Chandrakar to move away.

The minister, who had earlier been accused of touching a woman inappropriately at a public function in Chhattisgarh by the Opposition Congress, was later caught taking a “good nap” while Mr Shah was addressing partymen later in the day.

All attempts by state higher education minister Prem Prakash Pandey and state BJP general secretary Shivratan Sharma to wake him up by spraying water on his face had turned futile. By the time he came out of his “slumber”, the meeting was almost over. A good sleep buries all sinking feelings, someone has rightly said.

Mamata Banerjee certainly sprang a surprise by agreeing to meet RBI governor Urjit Patel on December 15. She even described her hour-long meeting with him as “positive”. For the past one month, West Bengal’s chief minister has been targeting the RBI and Mr Patel with the same vehemence with which she has been attacking Prime Minister Narendra Modi for scrapping high denomination currency notes. Only a week after the announcement of demonetisation, she had sat on a dharna at the RBI office in Delhi. Later, she had also marched to the RBI building at BBD Bagh in the city to register her strong protest over the “Hitler-like decision” which has caused enormous hardship to the common people. Her party intensified its agitation against demonetisation in general and RBI in particular the day Mr Patel arrived in the city to attend the board meeting of the apex bank. In fact, only two hours before she met Mr Patel at the state secretariat, her heavyweight Cabinet colleagues and many TMC legislators staged a noisy protest outside the RBI office when its governor was attending the important meeting. “Mr Patel should consider himself lucky that despite her strong displeasure at the RBI’s role in demonetisation, she agreed to meet him at Nabanna for one hour,” a Trinamul Congress MP said. Mr Patel’s predecessor Raghuram Rajan was not so lucky. In fact, his request for a customary meeting was turned down by the chief minister, not once but for three consecutive years — 2013, 2014 and 2015. The last RBI governor who had managed to meet Ms Banerjee was D. Subbarao way back in December 2012. Incidentally, she had cancelled a scheduled meeting with him a day earlier. The million-dollar question is: Why did the chief minister agree to meet Mr Patel?

Questioning the wisdom behind calls for non-stop shutdown

It turned out to be “Kakun Haputh”, the bear in Kashmir’s folklore they wanted to get rid of but it would refuse to leave them. A new “issue-based” alliance of Kashmir’s separatists called “joint resistance leadership”, formed earlier this year, voluntarily took the command of the turbulence triggered by the killing of popular militant commander Burhan Wani on July 8 to seize it to the benefit of the “azadi” cause. For weeks, its shutdown and protest calls were unfailingly obeyed by vast majority of the Valley. The killing and maiming on daily basis of protesters and even many of those who were not actively involved in any such activity by the security forces in their tough campaign to contain the unrest only helped it in dragging it out from days to weeks to months.

However, soon voices were raised, including through social media, to question the wisdom behind calls for non-stop shutdown and some people openly termed this as “self destructive”. Others, mainly those living on a “hand to mouth” arrangement, started returning to work in defiance of the alliance’s diktat. The leadership virtually lost grip on reality. But after the Valley’s over six million population suffered the most from the long period of shutdown, it seems the leadership has realised things got a little out of hand. It has now announced a five-day working week for the Valley.