The media present to cover the event were taken aback by the way the minister had projected them poorly before the public. 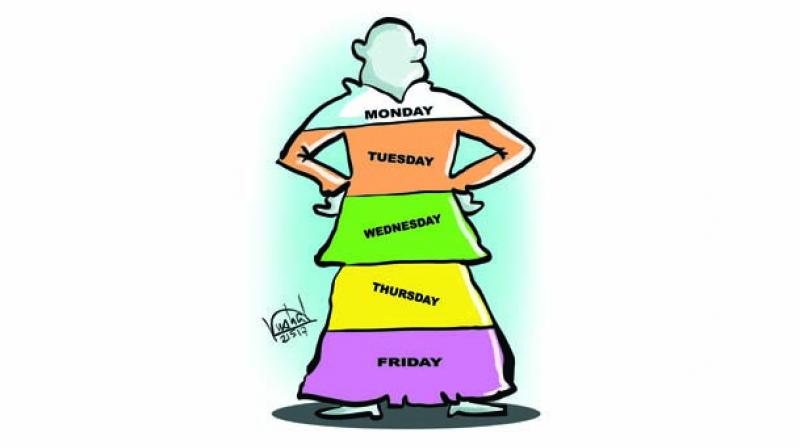 The nine members of the Apna Dal seem yet undecided, but most of them wear red and blue, which is the colour of their party flag.

The Uttar Pradesh Assembly is turning into a riot of colours these days. While the majority (BJP) in the 325-member Assembly insists on wearing various shades of saffron to match saffron-clad chief minister Yogi Adityanath, the allies of the ruling party have their own colour code, which helps them retain their political identity.

The four-member Suheldev Bharatiya Samaj Party (SBSP) wear canary yellow “gamchas” that set them apart from the rest of the crowd. The nine members of the Apna Dal seem yet undecided, but most of them wear red and blue, which is the colour of their party flag.

About two dozen members of the BJP, meanwhile, follow colour therapy and match their outfits with the days of the week — white on Mondays, orange on Tuesdays, green on Wednesday, yellow on Thursday, pink on Fridays, and so on.

This group is so strong that it is now easy to identify days of the week simply by looking at the colours they wear. The Samajwadi Party and the Bahujan Samaj Party members, however, insist on wearing white to set themselves apart from the “colourful” majority. Congress members follow “the rule of the heart, and wear anything we want to”.

Taking jibe for vibe
Taking all the initiatives for development of the state and not getting any credit for it from the rival ruling Biju Janata Dal seems to be irritating Union minister Dharmendra Pradhan. Despite bringing huge investments and national-level projects to the state, Mr Pradhan is now Enemy Number One of the BJD as he wants to dislodge it from power in the 2019 Assembly polls. 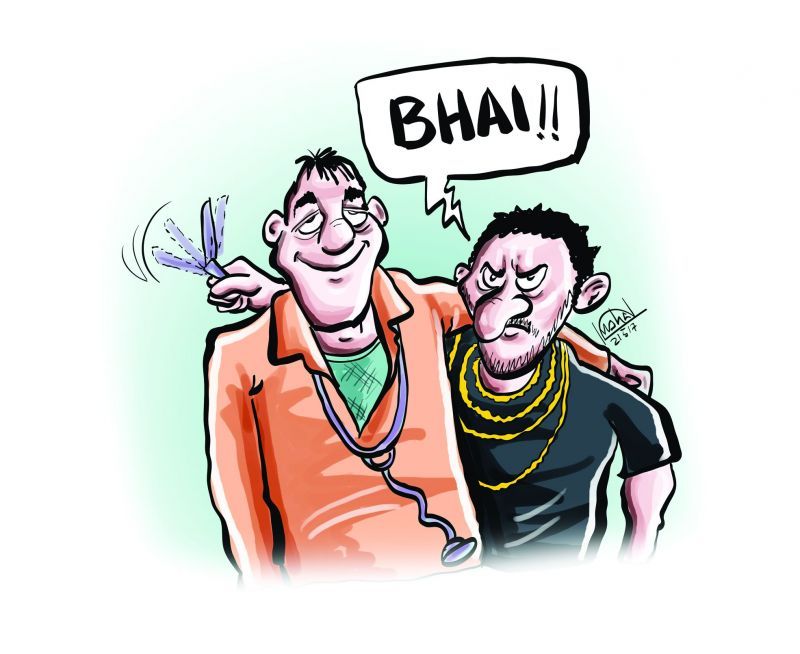 Mr Pradhan had taken all initiatives for commencement of the academic session from 2017-18 at the newly-built Pandit Raghunath Murmu Medical College and Hospital at Baripada in north Odisha. However, the state government’s alleged negligence to build the project properly and its inadequate infrastructure stood in the way of the institution getting the approval of the Medical Council of India for admission of students. When the BJD made it a political issue, Mr Pradhan ensured that the medical college got conditional approval for the current academic session.

Once the approval was obtained, the chief minister on Thursday flew down to the medical college and reviewed its progress, apparently to send a message to people that the project materialised because of his efforts. At the same time, the BJD leaders took a swipe at Mr Pradhan for the MCI not giving permanent approval for the project.
Realising that no appreciation was expected from the BJD leaders, Mr Pradhan took a jibe at them saying: “Let them reprimand me as much as they can, but they should ensure that they build the right infrastructure to produce good doctors, not Munna Bhai MBBS-type doctors.”

The angry minister
Madhya Pradesh agriculture minister Gauri Shankar Chaturbhuj Bisen has found a strange way to refurbish his image, which has suffered a serious beating following negative media publicity he has been receiving in the last couple of months by coining a new profile of journalists, of both the electronic and print media.

Smarting under his criticism in the media for leaving the bier of a fire tragedy victim to give byte to the electronic media during a funeral procession in a village in Satna district in Madhya Pradesh last month, Mr Bisen had chosen an official programme recently to settle scores with the journalists. 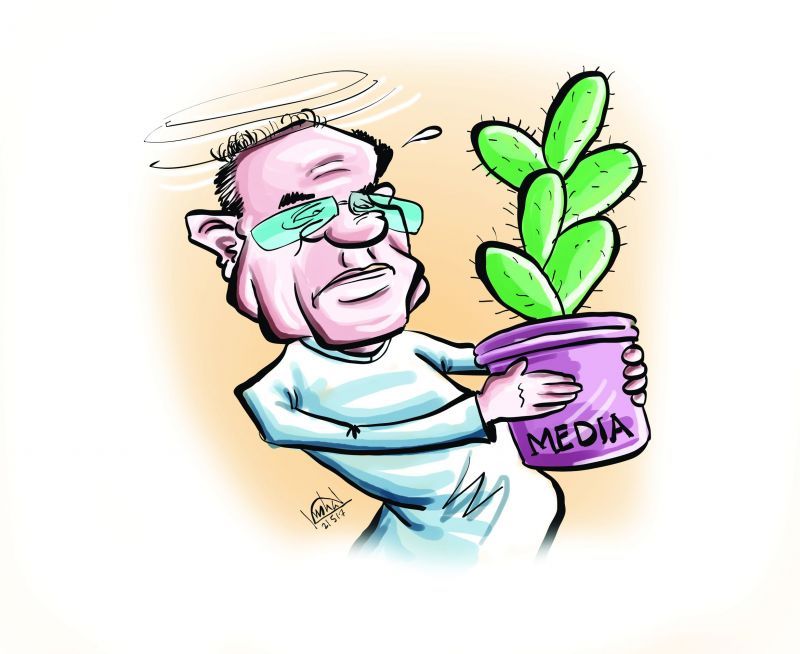 “Bolta kuch, dikhata kuch, likhta kuch (speaks something, shows something and writes something),” he said while “profiling” the journalists of both electronic and print media. He was addressing a meeting of the beneficiaries of different government welfare schemes, organised at Ramnagar, Satna.

“Ankhon dekh, phir biswas karo (only trust what you see),” he reiterated.

“Our democracy is in danger because of you (the media men),” he said.

“You overlook my good work, but focus only on silly things,” he blasted.

The media present to cover the event were taken aback by the way the minister had projected them poorly before the public. “Give the dog a bad name and kill it,” a journalist quipped, while decoding the minister’s apparent strategy to discredit the media before public to salvage his “beaten” image.