However, Yogi’s gesture of visiting the home of the ailing MLA — ignoring the bitterness in their relationship — has left everyone surprised. 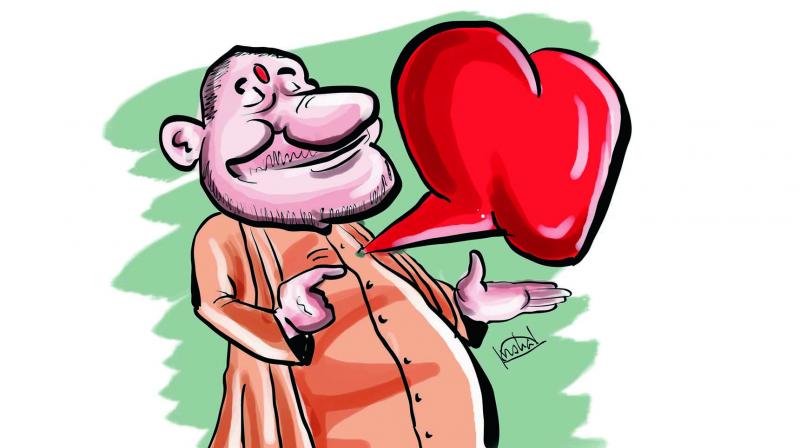 Once a favourite of Yogi, Mr Agarwal allegedly rubbed him the wrong way over a trivial issue and invited the chief minister’s wrath.

Considering that the chief minister is known to be a man of strong likes and dislikes, his gesture to wish early recovery to the MLA, who is recovering from a fractured shoulder, is sure to promote camaraderie and bode well for Mr Agarwal.

Once a favourite of Yogi, Mr Agarwal allegedly rubbed him the wrong way over a trivial issue and invited the chief minister’s wrath. Thereafter, the lawmaker had a tough time retaining his Assembly seat and also missed out on a Cabinet berth despite his seniority in the party.

The last time sparks flew between the two was in May when the MLA had a spat with a women Indian Police Service officer over alleged laxity in closure of liquor shops in his constituency. As TV channels aired shots of the police officer crying after Mr Agarwal’s “scolding”, the chief minister was forced to summon him and gave him a piece of his mind.

However, Yogi’s gesture of visiting the home of the ailing MLA — ignoring the bitterness in their relationship — has left everyone surprised. The chief minister’s gesture won him many admirers and surely reduced the pain that the MLA is going through. 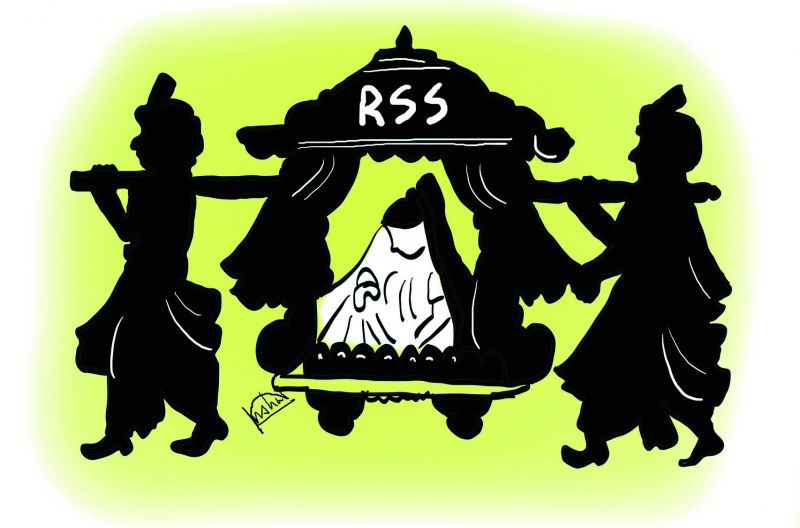 Wedding in parivar
A “sahayak” of a senior RSS leader is getting married and questions are being raised as to how he “managed” to book an upscale hotel, which was earlier denied by the venue management to a Union minister for his family event. Invitation cards for the wedding have been sent to prominent BJP leaders and Union ministers. The “lavish” wedding has also raised a few eyebrows as austerity is one of the practices of the Sangh Parivar. 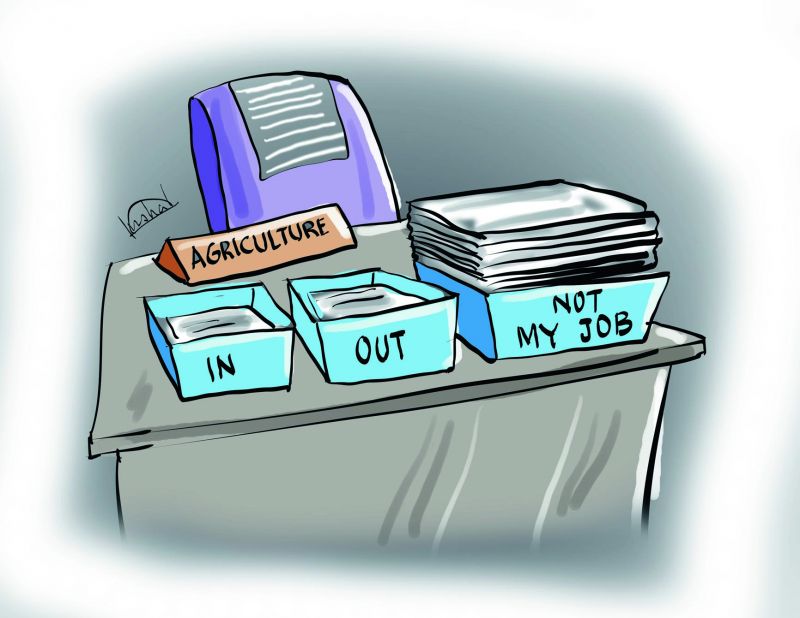 Deflecting accountability
BJD vice-president and Odisha agriculture minister Damodar Rout is not a person to own up responsibility for lapses. When he was the cooperation minister, he pointed an accusing finger at the then agriculture minister Pradeep Maharathy when farmers battled distress sale of their crop after bumper harvest.

In the recent Cabinet reshuffle, Dr Rout was given the agriculture portfolio. Now, when the farmers are battling distress sale of their produce, the seasoned politician has refused to take the blame for their losses and, instead, targeted the cooperation department for its alleged “failure”. 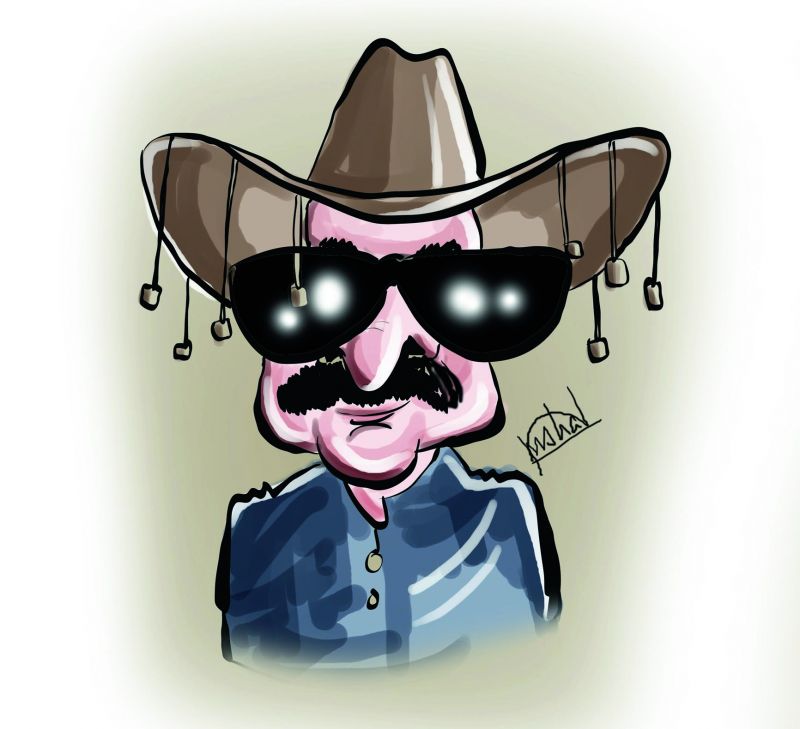 Style statement
Chhattisgarh sports and youth affairs minister Bhaiyalal Rajwade’s fashion quotient has gone up several notches after his recent tour to Europe. The sexagenarian minister recently turned up at a Cabinet meeting donning an Akubra (an Australian brand of bush hat) and black sunglasses.

Chief secretary Vivek Dhand, too, could not resist taking note of Mr Rajwade’s style. “It seems, Mr Rajwade feels he is still in Paris. It appears, the goggles refuse to go off his face,” Mr Dhand quipped in a lighter vein.

The chief minister joined the fun by asking the minister if he takes off his hat and sunglasses before going to bed. The minister, however, is unfazed by the leg-pulling by Cabinet colleagues and continues to attend public functions in his trademark hat and black sunglasses. 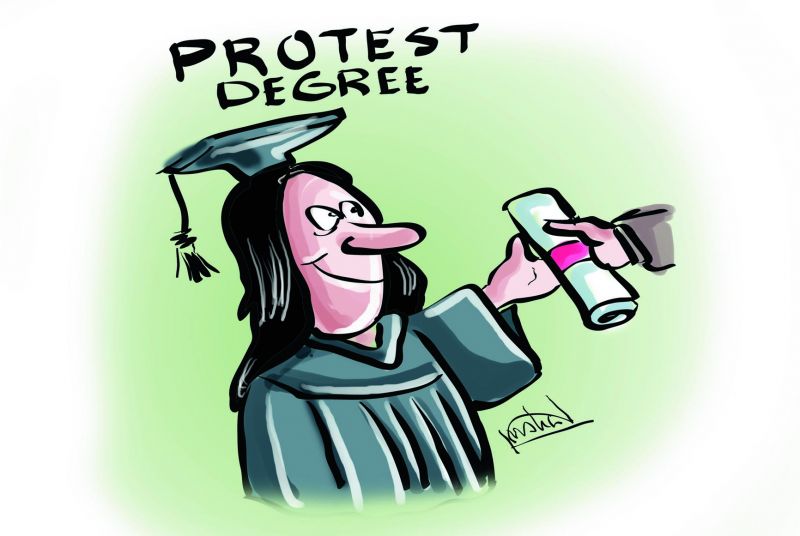 Ammunition for Opposition
Opposition parties in BJP-ruled Chhattisgarh are abuzz with the talk on how chief minister Raman Singh is busy providing them ammunition against his own government. The latest is a case of alleged harassment of students by a professor, related to a BJP MP from the state, in a girls PG college. The issue came to light after students protested against the professor and demanded action.

Forced to act, the CMO issued an order for the professor’s transfer. The college also set up an inquiry committee. But alleged bungling in the professor’s transfer has once again forced students to hit the streets. There are rumours that the ABVP, the youth wing of the RSS, has also joined the students’ protests, adding to the embarrassment for the BJP-led state government.

Forced exit
The move to remove AICC general secretary Ambika Soni as in-charge of the poll-bound Himachal Pradesh has come as a relief to many a Congress leaders and functionaries, particularly those in the state unit.

Party insiders say that Ms Soni, probably, saw her exit coming. As a face-saver, she started saying in public that she had urged the party high command to “reduce her responsibilities”.

As the Congress looks to bring in a strong team by replacing leaders who have repeatedly failed to deliver,  Ms Soni knew that at her back she could hear — “time’s winged chariot hurrying near” (politically speaking).

Some feel that the new team, which is getting ready to take over the organisation, wants the “dead wood” to go. With Prime Minister Narendra Modi around, the Congress “cannot afford to rely on people who cannot deliver”, party leaders say.

Ms Soni’s performance as in-charge of Uttarakhand was abysmal as the party suffered a humiliating defeat in the recent polls. Congress functionaries whisper that her “inactivity” and “inability” to contain the rebellion in the Uttarakhand state unit were the main reasons for the party’s failure to capitalise on the early advantage.

She still continues to be in-charge of the Uttarakhand and Jammu & Kashmir affairs. At a time when the BJP leaders are “working hard to earn their positions in the organisation”, Congress insiders accuse Ms Soni of remaining in power play “merely by managing to stay on the right side of the party high command”.