Spit in English or Hindhi?

nion tribal affairs minister Jual Oram is the man of his own, he never cares for the world when he decides to speak or do something. 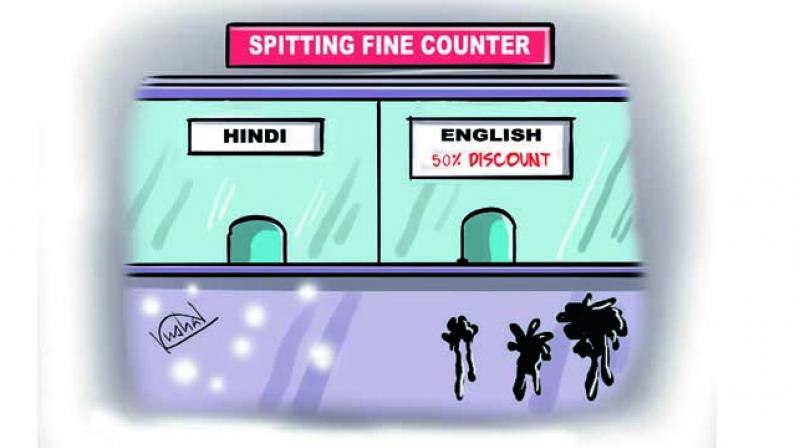 What set the board apart was that in Hindi, it was written that if found spitting; the fine would be Rs 500. In English, the board said, “Do not spit — otherwise fine of Rs 250 will be imposed.”

A crime is a crime — whether it is committed in any language or region. This is what we all believed till now. But the authorities of the newly-launched Lucknow Metro apparently think otherwise.

After the metro authorities seized 20 kg of tobacco products in one day from passengers during security checks, the officials put up a notice board in Hindi and English, asking people not to spit.

What set the board apart was that in Hindi, it was written that if found spitting; the fine would be Rs 500. In English, the board said, “Do not spit — otherwise fine of Rs 250 will be imposed.”

JUAL THE MUSICIAN
Union tribal affairs minister Jual Oram is the man of his own, he never cares for the world when he decides to speak or do something. In the past, the outspoken leader has landed in many controversies for his tongue-in-cheek remarks against opponents. Though such unfiltered remarks packed with satire and constructive criticism endeared him to people, his partymen found them “politically incorrect”. The sturdy tribal stalwart hailing from Odisha’s Sundargarh district also often appears very harsh while taking on his rivals on issues of corruption and irregularities. 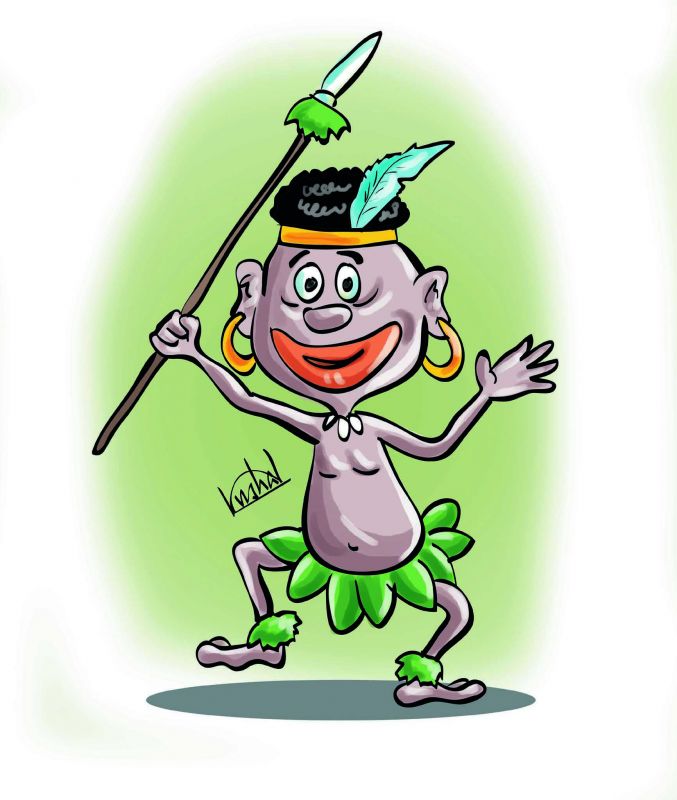 Until recently, nobody ever thought that such man has a very soft heart until they found him playing musical instruments with consummate ease, murmuring lines of popular songs and dancing in rhythm with tribal girls on cultural programmes. The minister surprised his fans when on September 17 he flawlessly played the traditional tribal dhol at “Karam Mahostav 2017” in Delhi and shook legs with astute dancers.

When the audience wanted to know how he had learnt the music, he said, “I’m a born musician… music runs in my blood.”

The audience was happy as the minister spent more time with them than his schedule for the event.

SHIV ‘RAJ’ VS RAM RAJ
It may sound blasphemous for some and “rightly” ridiculous for others, but a few ruling BJP leaders, including a state Cabinet minister, have started drawing a parallel between the 13-year rule of chief minister Shivraj Singh Chouhan and that of Lord Ram, an iconic figure of Hindu mythology.

State revenue minister Umashankar Gupta has even gone to the extent of saying that Shiv(raj) raj (rule of Mr Chouhan) is better than Ram raj (rule of Lord Ram). 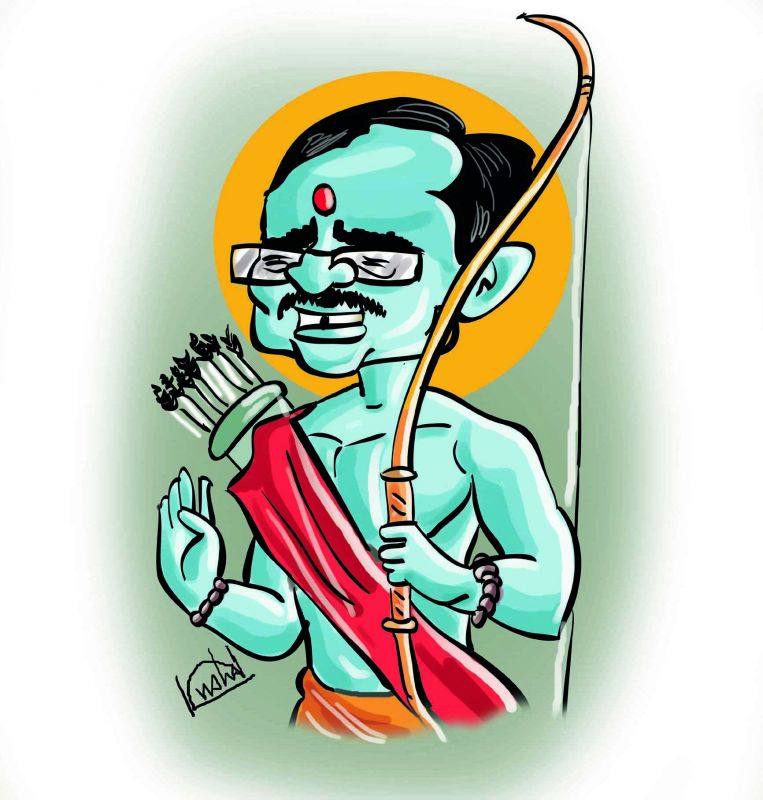 “Chief minister Shivraj Singh Chouhan has shown his magnanimity by introducing a welfare scheme for farmers which needed repayment of only Rs 90,000 for a loan of Rs 1 lakh,” he said, and added: “No government in history has ever provided a sop of such kind. Even farmers were not treated this way in Ram rajya.”

He was addressing a farmers’ meet here last week. Mr Gupta stuck to his guns when mediapersons sought a clarification from him on the remark, saying: “I sincerely believe our chief minister’s rule is even better than that of Lord Ram (Ram raj).”

At least two BJP MLAs — Rameshwar Sharma and Mohan — have so far joined the chorus of Mr Gupta in singing paeans of the chief minister. Their way of showing loyalty to the chief minister has left their party colleagues stunned.

“This is height of sycophancy,” a senior BJP leader quipped, revealing that some party legislators, who are apprehensive of denial of ticket to them in the 2018 Assembly polls, have resorted to sycophancy to keep the chief minister in good humour for their renomination.

“I feel some sanity still prevails among BJP people since the chief minister is yet to be deified as Lord Ram by any one of them,” a Congress spokesman observed sarcastically.

AGP LEARNING FROM RSS
Despite being a partner in the BJP-led alliance government, the regional Asom Gana Parishad (AGP) has been criticising the RSS, accusing it of trying to dilute the provisions of the historic Assam Accord by advocating legal status for illegal Hindu migrants from Bangladesh.

In fact, AGP leaders never missed any opportunity of targeting the RSS and they went on accusing them of trying to saffronise the secular fabric of the state. 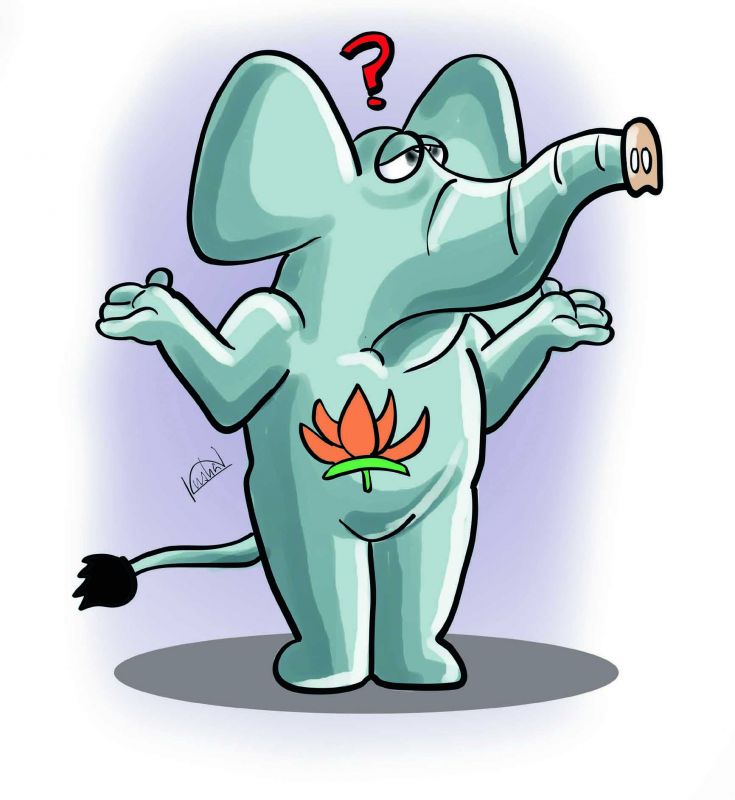 While encouraging workers to prepare for the coming panchayat elections, he said: “If we start following the RSS, nobody can defeat us in the elections.” Political observers said that this reflects the confusion of the AGP — which once ruled the state and is now sitting in the lap of the BJP as its junior partner.

The AGP also opposed the decision of Assam education minister Himanta Biswa Sarma to start a chain of government model colleges in the name of RSS ideologue Pandit Deendayal Upadhyay, but on the other hand, it was asking party workers to follow the RSS.