Patro is hopping to multiple TV studios and conclaves to participate in panel discussions on the progress made under BJD rule. 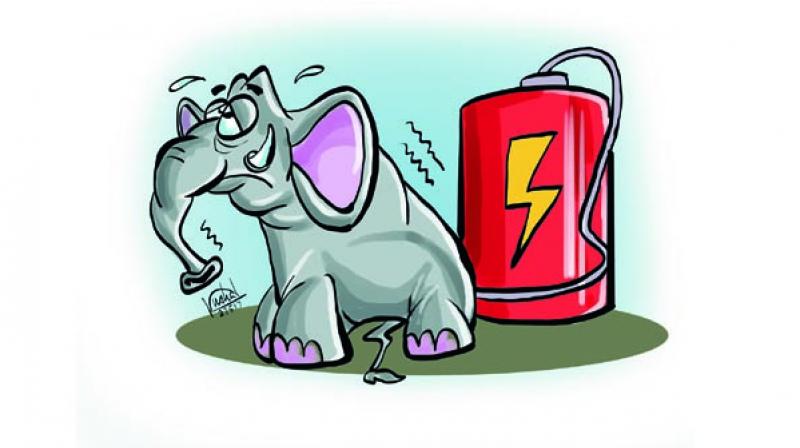 And to think everyone thought that BSP workers were committed to party ideology — recharge is obviously a more effective tool for them.

With the BSP slowly changing its work culture and lowering down the iron gates, party workers are finally learning how to make merry and laugh — even if it is about their own failures. Recently, after senior party leader Nasimuddin Siddiqui was expelled from the BSP, meetings were being held at regular intervals at his plush residence in Lucknow.

At one such meeting, two former MLAs were sighted. When a journalist asked them if they had quit the BSP, one of them remarked: “We have only stopped the recharge.”

Seeing the expression on the journalist’s face, the other former MLA explained: “Anyone who is in the BSP has to pay a fixed amount into the party funds every month. Why should we pay when there are no elections around the corner? This is called recharge and if you stop the recharge, you are struck off the list. When elections are due, we will go back, accept our mistake and open the recharge account once again.”

And to think everyone thought that BSP workers were committed to party ideology — recharge is obviously a more effective tool for them.

A tactical surrender
BJD vice-president and Odisha food supplies and consumer welfare minister Surya Narayan Patro knows how to buy peace with the media that has, of late, been very critical of the Naveen Patnaik government’s performance in the last 17 years. Made chief spokesperson after the party’s debacle in the crucial rural polls apparently to protect the image of the government, which got tarnished due to the alleged involvement of a number of MLAs and ministers in mining and chit fund scams, Mr Patro is hopping to multiple TV studios and conclaves to participate in panel discussions on the progress made under BJD rule. 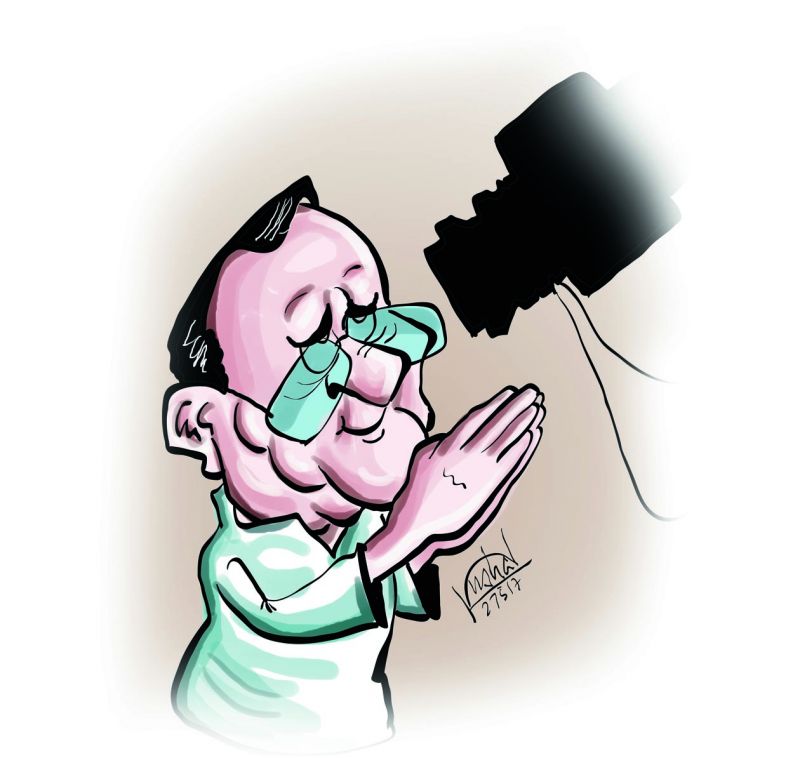 “Before making the plunge into politics, I, like you, had a long stint in journalism. Please treat me as a member of your fraternity. Please don’t bombard me with uneasy and embarrassing queries,” he repeats these lines everywhere.

Finding Mr Patro’s surrendering attitude before the fight amusing both for themselves and the audience, the well-prepared moderators see they have no other option but to mellow down and complete the shows with him as other spokespersons of the BJD are not available.

Bulletproof car for Mr Bittu
Congress MP Ravneet Singh Bittu, who happens to be a grandson of former Punjab chief minister Beant Singh, recently got threats from extremist groups. In view of the threats, the MP was provided a bulletproof Montero car by the Punjab government. However, Mr Bittu was not amused after getting the car and wanted to return it to the government the very next day. The MP said that the 2006 model car was in a bad shape, as its glasses can’t roll and it gives the feeling of a cage. The car has been overused and was not in a good condition. 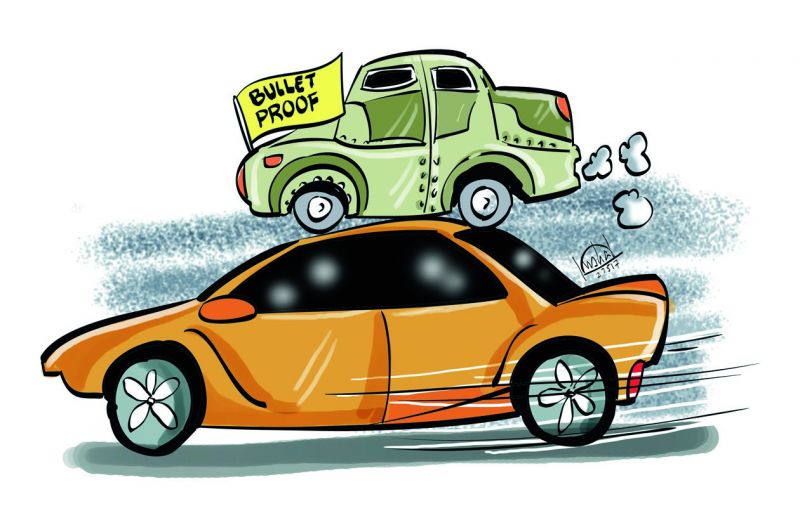 Mr Bittu was convinced by the security adviser of chief minister Amarinder Singh, who called the miffed MP, to keep the car for security reasons. The adviser asked the MP to keep the car along with his fleet of cars even if he doesn’t want to sit in it. The MP agreed to keep the bulletproof car till a new car is arranged for him.

An unsavoury goof-up
The Congress observed “fourth death anniversary” of Union minister for coal and power Piyush Goyal on April 26 thanks to an unsavoury goof-up by the party. The Union minister was seen among Congress leaders slain in May 25, 2013 Naxal attack at Jheeram Ghati in Chhattisgarh’s Bastar district, in a flex poster hoisted on the occasion of the party observing his fourth death anniversary at Thusekela in Raigarh district, Chhattisgarh on the day.

Several senior party leaders, including AICC general secretary Digvijay Singh and Chhattisgarh Pradesh Congress Committee president Bhupesh Baghel, were present on the occasion, where busts of former PCC president Nand Kumar Patel and his son Dinesh (both killed in the incident) were unveiled. The slip-up had caused a commotion at the programme, prompting the organisers to immediately pull down the poster. 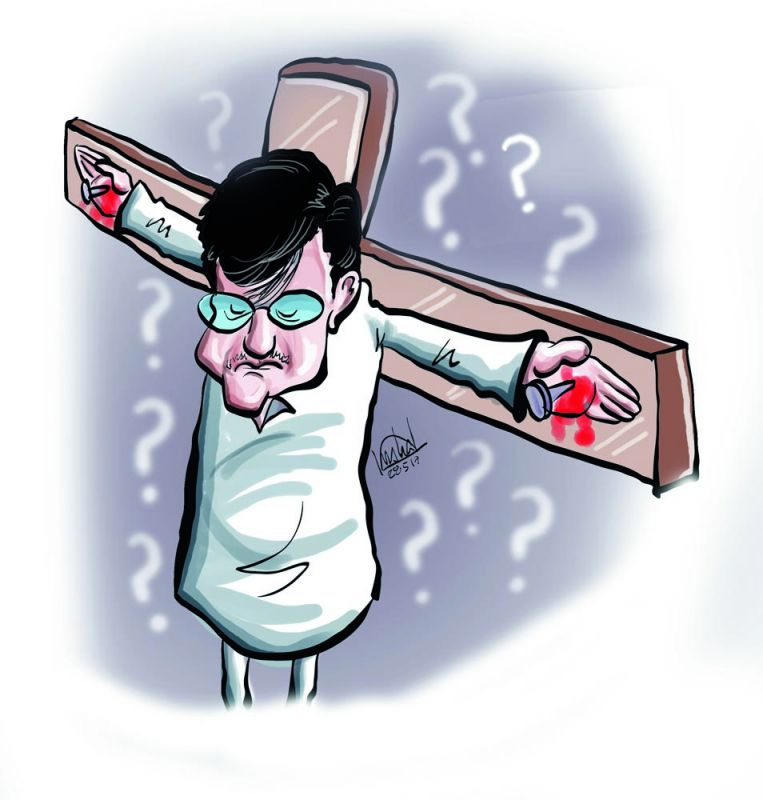 As some party leaders tried to play down the incident as a “human error”, a section of Congressmen were found wondering why it was only Goyal who had to fall victim to the goof-up.

May be, the Congress was finding it hard to exorcise ghost of the coal scam that continued to haunt the party intermittently, a senior Congress leader quipped, apparently in a tongue-in-cheek remark.