Among the nine discharged patients, a 75-year-old man hailing from Prakasam district had successfully recovered and discharged 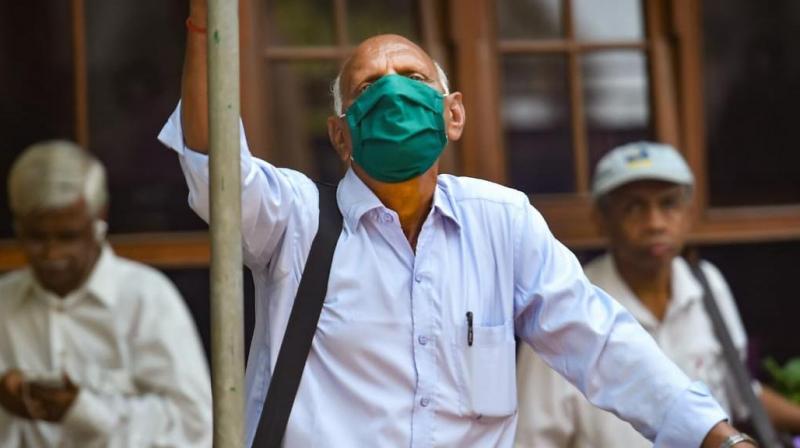 Tirupati: In a first of its kind in the state, a 75-year-old man, who received treatment at Nellore district’s Covid-19 hospital, has successfully recovered from the virus and was discharged on Saturday.

It may be noted that nine patients were discharged after they tested negative from district Covid-19 hospital (Narayana general hospital) in Chintareddypalem, located at the outskirts of Nellore city on Saturday.

Among the nine discharged patients, a 75-year-old man hailing from Prakasam district had successfully recovered and discharged. He was admitted with suspected symptoms of coronavirus a while ago. After he tested positive, doctors started treatment. He already suffers from asthma, hypertension and diabetes.

Taking special care of the 75-year-old patient, the team of doctors from government general hospital and also from Narayana general hospital continuously monitored his health in the isolation ward.

Explaining the treatment given to the aged patient, V. Bhaskar Reddy, AGM, Narayana medical college said “Our doctors had identified that the patient, already suffering with multiple medical ailments, was nearing coma at the time of admission. The team of doctors in Narayana General Hospital provided the best treatment by continuously monitoring the condition of the patient. A separate doctor was deputed to monitor his condition. Miraculously, he has now recovered and his health condition is good.”

Meanwhile, two positive cases were reported in Nellore district on Saturday, taking the district’s tally to 90. While one was reported from Nellore city, the other case was recorded at Kakupalli.

In Prakasam district, one positive case has been reported on Saturday with which the district’s tally goes up to 61. In both cases, medical teams have swung into action to identify the contacts of the infected patients and trying to shift them to quarantine centres.