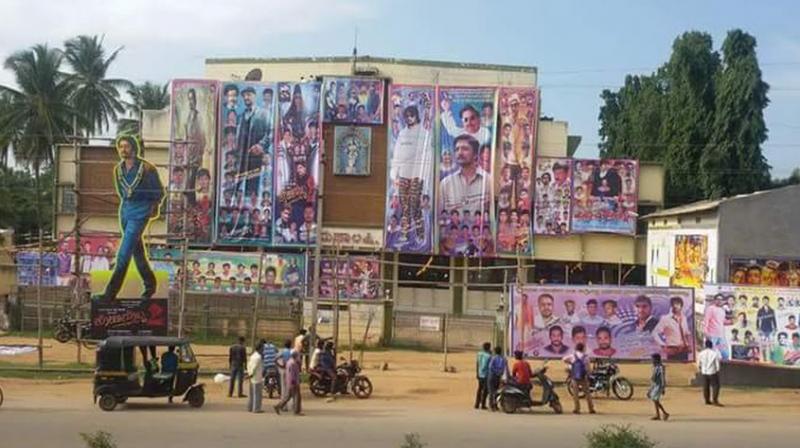 A door-door survey is being undertaken in Malavalli town in Mandya distrit. (Photo: Sunil Kumar)

Mysuru: A health emergency has been declared in Malavalli taluka in Mandya district of Karnataka after three local residents tested positive for the Covid-19 virus on Tuesday. One of them is a 65-year-old male and the other two are 32-year-old males.

These three were among seven people from this area who went to Delhi to attend religious events at the Nizamuddin Markaz. But this was not in March, but in early February.

Therefore, authorities believe that their exposure to the Covid-19 virus took place not in Delhi but here in Karnataka, when they mingled with a subsequent batch of Tablighi Jamaat congregants who returned to these parts after attending events there in mid-March, when the ‘super spreader’ was active.

These three men also were in contact with eight religious leaders belonging to Tablighi Jamaat from Delhi who have tested Covid 19 positive in Mysuru.

But the latter could not have been the source of their infection because the religious leaders had come to Mysuru in January itself.

According to Mandya deputy commissioner M V Venkatesh, the three men from Mandya went to Delhi on February 4, and attended a Tablighi Jamaat congregation there.

On the return journey, they reached the Yashwanthpur railway station on February 14 at 1.30 am, and took a taxi to the Satellite bus stand. There, they boarded a KSRTC bus at 2 am and reached Maddur at 4 am. They drove to Malavalli in a Maruti 800. They were in Malavalli from February 15 to March 28. They visited Bannur on March 28.

Following the nationwide lockdown on March 25, they moved into a room next to the mosque and continued their religious activities. They were identified at the Bannur checkpost while returning to Mysuru.

Subsequently, eight of them tested positive for Covid-19 and are now being isolated at the designated hospital in Mysuru.

After the three positive cases came to light today, the Malavalli administration has thrown a containment zone over a 3 km radius from where the three men lived. A further 5 km radius has been declared as a buffer zone.

Entry into and exit from this zone has been banned for the next 28 days. Rations and vegetables will be delivered to the door step of each of the 2,84,000 households in Malavalli.

Also 170 teams of health workers are being formed to contain the virus within Malavalli for the next 28 days. Two nodal officers are being appointed for every 50 houses. A door-to-door health survey has begun.

The Mandya district administration has identified 36 people in Malavalli and 24 people in Nagamangala who came in contact with those religious leaders. All of them have been quarantined.