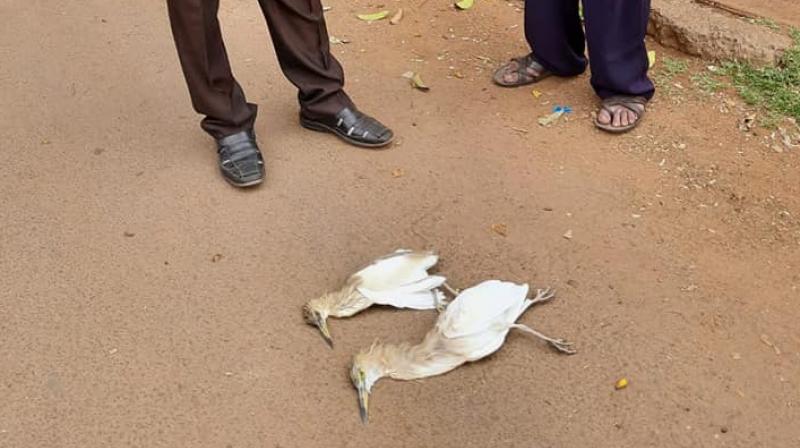 Mysuru: The sight of 12 dead birds in Vidyaranyapuram locality of Mysuru today sent the authorities scurrying to get them tested for bird flu.

Health officials have been on their toes ever since three cases of coronavirus were reported in neighbouring Kerala four weeks ago. With the number now going up to six across the border this weekow, and nerves have been on edge here.

Plus, bird flu has already been reported in the poultry industry in Kerala. So the death of birds this morning sent anxieties soaring. The birds noticed dead on pavements in Vidyaranyapuram were pond herons. Bird watcher Tanuja said they are resident birds usually found in water bodies and paddy fields.

A vet in the Mysuru City Corporation, Nagaraj said results of the tests being run would be available in two or three days. There have not been any reports of bird deaths in poultry farms, he added.

The pond heron deaths set the famous Mysuru Zoo authorities on alert. The zoo houses 694 birds belonging to 77 species including 44 exotic ones.

Plus, the Mysuru region -- Mysuru district, Chamarajnagar and Mandya -- have over 15 important bird areas including the Karanji lake nature park attached to the Mysuru Zoo, the Kukkarhalli lake, Ranganthittu, Kokkare Bellur which attract large number of migratory birds.