Two Germans and an Austrian in quarantine at resort in Kodagu 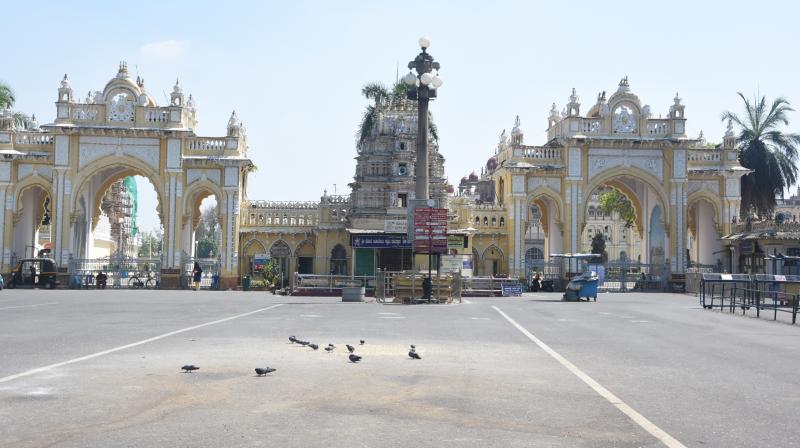 Mysuru in total shutdown due to the coronavirus epidemic. (AA Photo)

Mysuru: Three foreign tourists -- two German and one Austrian -- are undergoing precautionary quarantine at a resort in Kodagu district of Karnataka.

Kodagu deputy commissioner Annies Kanmani Joy said health officials decided to quarantine them in the resort for 14 days. After that, their health condition will be assessed again.

These three tourists are among 167 international passengers who are being located in Kodagu district in order to assess their health condition. Among them, 164 people are people from Kodagu who had returned from foreign countries. 160 of them have been advised home isolation. Of the five people with suspected coronavirus symptoms, one has come negative, while a report on four cases is awaited. As of now four suspects are being quarantined in the district hospital.

In Mysuru, as many as 147 international passengers have been identified. Among them 85 have been quarantined at home, of which 62 completed their quarantine period. Of the 21 suspected tested, all returned negative for the coronavirus.

According to Mysuru deputy commissioner Abhiram G Shankar, the 147 people quarantined in Mysuru include Mysureans who recently returned from foreign countries and also some foreign citizens. But their exact numbers can’t be divulged, he said.

A few hotels in Mysuru have refused to provide accommodation to foreign tourists, including a German group and another from Canada. Tour operators had to hunt for alternative hotels to accommodate them.

Hoteliers are being warned of action if they don’t provide details of their foreign guests. And they are also being asked to provide rooms to foreign guests for 14 days in case they need to be quarantined.

Hence some hoteliers are refusing to give rooms to foreigners. The occupancy of hotels in Mysuru has come down to 5 percent after the outbreak of coronavirus and only 2 per cent of them are foreigners, says Mysuru Hotel Owners Association president Narayana Gowda.