THE ASIAN AGE. | M B GIRISH

Amid the coronavirus scare, fears arise of a resurgence of monkey fever 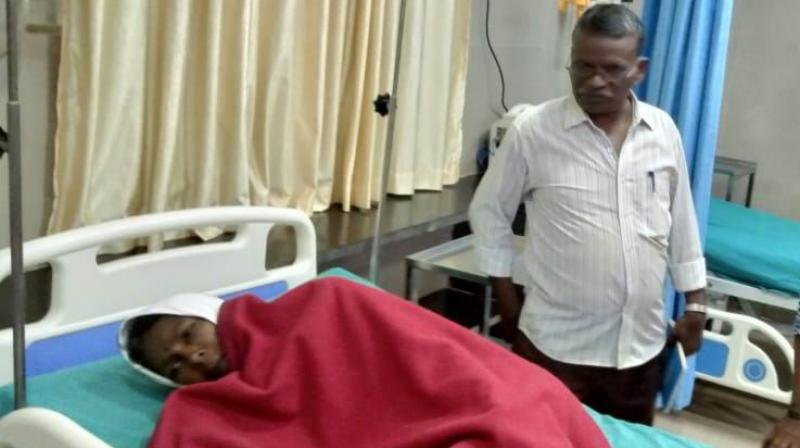 A patient who tested positive for the monkey fever pathogen is being treated at a hospital in Shivamogga, Karnataka.

Shivamogga: While Karnataka is locked in battle with the coronavirus Covid-19, two talukas in Shivamogga district are having to combat not one but two afflictions. Theertahalli and Sagar taluks are reeling from the double threat of coronavirus and monkey fever.

The latter affliction has shown signs of resurgence in recent days even as the district has been put under ban orders under Section 144 to contain the coronavirus.

In recent days one person has been reported to have died after testing positive for monkey fever, and another is being treated at a hospital in Shivamogga district.

Doctors, however, say the fatality, a person named Koma Raj, indeed tested positive for the monkey fever pathogen but his other health complications were the direct cause of his death.

The other positive patient, named Sumitra of Aralagoodu in Sagar taluk, is now in the intensive care unit of a hospital in Shivamogga but is likely to be shifted to Manipal for treatment.

Often monkey deaths are an indication of this disease. Sources in Aralagoodu said that recently two monkey carcasses were found near a house, which triggered fears in the community.

Health officials have tried to allay these fears. By this time last year, as many as 266 monkey fever positive cases had been reported; this year, the number is down to 100.

“There were 11 human deaths last year while there have been only two this year,” said one official.

Aralagoodu, the epicentre of monkey fever, accounted for 174 positive cases last year but has reported only 9 cases this year.

Health officials say that February and March are two peak months for monkey fever, tapering off in subsequent weeks.