At the Secunderabad railway station on Sunday afternoon, hundreds of people had arrived in trains from Gorakhpur and Yaswantpur 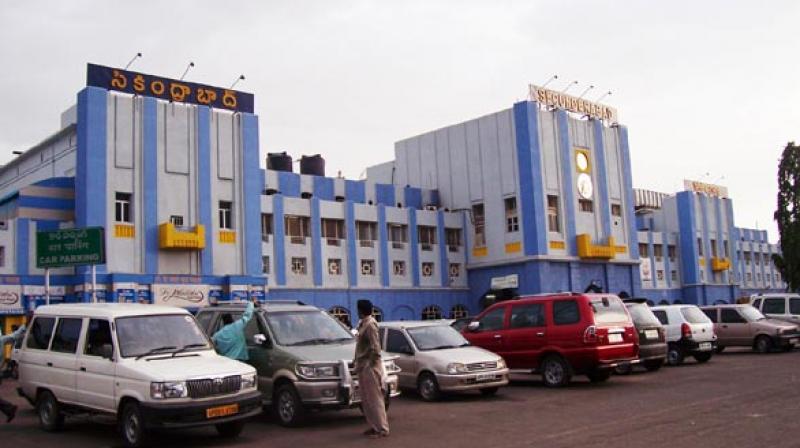 Hyderabad: Hundreds of travellers who had boarded trains yesterday were stranded at railway stations on Sunday as there were no buses, autos or taxis to take them to their final destinations in view of the curfew announced by the central government.

In many cases, it was the police that came to their rescue.

At the Secunderabad railway station on Sunday afternoon, hundreds of people had arrived in trains from Gorakhpur and Yaswantpur.

Most of them were looking to get to their homes in the city, but some were trying to reach other parts of the state.

Many finally simply stopped trying and decided to sleep in the courtyard of the station until tomorrow, hoping buses will run then.

A man who had come in from Itarsi in Madhya Pradesh, trying to go to Kurnool, lamented that there were no hotels in the area for him to stay in till Monday.

He had a fight with a constable who told him to leave the area for his own safety.

A group of Telugu youngsters who had just finished a hotel management course in Lucknow wanted to get to Kukatpally.

They said they were looking for autos but there were just a handful on the roads. “One of them asked `800 for the trip,” said one of the group.

The Hyderabad police tried its best to salvage the situation, they made arrangements for a few SETWIN buses to come to the station and transport travellers whose destinations were on the most common routes.

Sub-inspector M Srinu of the Gopalapuram police, who was coordinating the effort, said, “We are deploying police vehicles to take people to places like Shamirpet and Patancheru.”

Not everyone was cooperating with the policemen and some travellers wanted the police to make sure they were dropped right outside their homes.

A flabbergasted constable remarked: “All of these people knew about the curfew. Why couldn’t they have delayed their travel plans? We are genuinely trying to help them, but they are treating us like a cab service.”