Other Pathanamthitta attendees to be quarantined 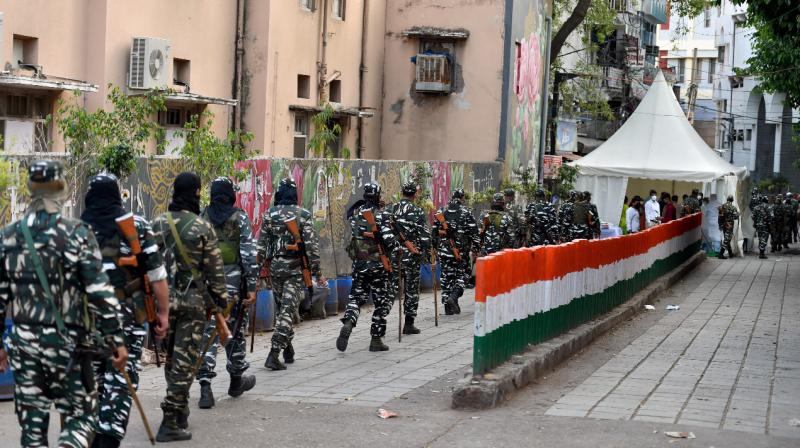 Paramilitary personnel cordon off an area in Nizamuddin, where several people showed symptoms of coronavirus after taking part in a religious gathering a few days ago, during the nationwide lockdown, in New Delhi (PTI)

Kochi: A Keralite hailing from Pathanamthitta district, who attended the Nizamuddin religious congregation, died in New Delhi. The person has been identified as Dr. M. Salim.

According to reports, Salim had other health complications like cardiac issues. He died of a fever at a Delhi hospital four days back, as per reports in the regional media. But, it is not clear whether he died of coronavirus. The body was buried in Delhi

Two other Pathanamthitta residents, who attended the religious congregation, held between March 17 and 19 are also under observation in Delhi.

There are reports that few others including six persons from Pathanamthitta district who attended the prayer meeting returned to Kerala.

Several persons from different districts in Kerala attended the prayer meeting, according to regional media reports. Authorities have initiated measures to trace the persons and to put them under isolation