Researchers at McGill University in Canada carried out a survey of 28 experts working in vaccinology in late June 2020. 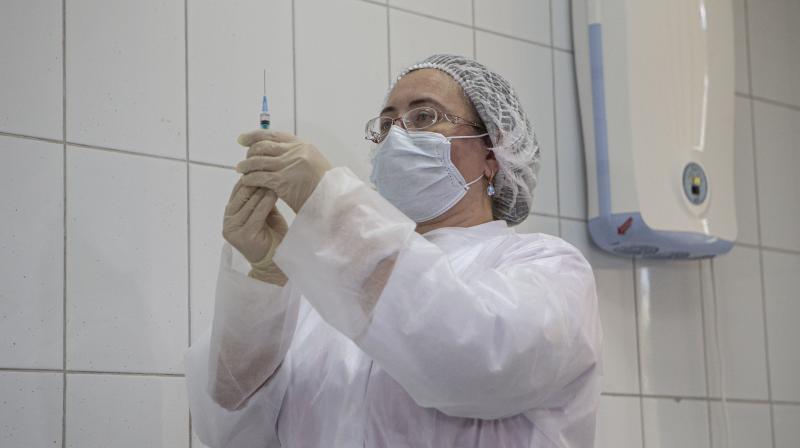 New Delhi: An effective vaccine is not likely to be available for the general public before the fall of  2021, according to experts working in the field of vaccine development.

Researchers at McGill University in Canada carried out a survey of 28 experts working in vaccinology in late June 2020.

The majority of those surveyed were mostly Canadian or American academics with an average of 25 years of experience working in the field.

"Experts in our survey offered forecasts on vaccine development that were generally less optimistic than the timeline of early 2021 offered by US public officials," Jonathan Kimmelman, a professor at McGill University, said in a statement.

"In general they seem to believe that a publicly available vaccine next summer is the best-case scenario with the possibility that it may take until 2022," said Kimmelman, the senior author on the paper published in the Journal of General Internal Medicine.

Many experts also believe that there may be some false starts before an effective vaccine is available.

"The experts we surveyed believe that there is a 1 in 3 chance that the vaccine will receive a safety warning label after approval, and a 4 in 10 chance that the first large field study will not report efficacy," added Patrick Kane, the lead author of the paper, a postdoctoral fellow at McGill University.

The study also showed that about one-third of those surveyed believe that vaccine development is likely to face two main setbacks.

The first vaccine widely deployed in the US and/or Canada will receive a boxed warning from the FDA to highlight serious or life-threatening adverse reactions, the researchers said.

Also, the first large field trial in the US and/or Canada will report a null or negative result in terms of efficacy, they said.

"Our study finds that experts are largely in agreement about the timeline for a SARS-CoV-2 vaccine," said Stephen Broomell, an associate professor at Carnegie Mellon University in the US.

"While this does not track with many overly optimistic government projections, it reflects a belief that researchers are indeed on a faster pace to development compared to previous vaccines," Broomell said in a statement.