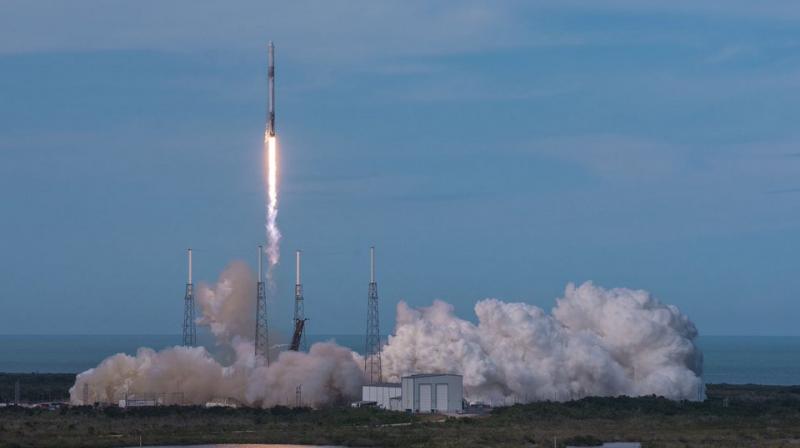 The effort is part of SpaceX's mission to lower the cost of space flight by re-using costly, multimillion-dollar components that typically have been discarded into the ocean after each launch. (Photo: Space X Twitter)

SpaceX blasted off a load of supplies Monday for the International Space Station aboard a rocket and a cargo ship that have both flown before, marking the second such flight for the California-based company.

"Falcon 9 is on its way," a SpaceX commentator said as the white rocket surged skyward over Cape Canaveral, Florida at 4:30 pm.

SpaceX's Jessica Jensen, director of Dragon mission management, said the booster had previously launched in August 2017, and the Dragon flew to the space station in April 2016.

SpaceX's first such double-recycle resupply mission for NASA flew to the orbiting outpost in December 2017.

The effort is part of SpaceX's mission to lower the cost of space flight by re-using costly, multimillion-dollar components that typically have been discarded into the ocean after each launch.

"What is really neat about this is it is becoming the norm," Jensen said.

Monday's trip marked SpaceX's 14th resupply mission for NASA under a $1.6 billion contract that aims to guarantee much-needed supplies and equipment to the astronauts living in orbit.

The capsule is packed with about 5,800 pounds (2,600Kg) of food and science experiments, including one to study thunderstorms and another to test drug development in space.

The cargo ship is scheduled to latch onto the space station early Wednesday, and will stay in orbit for about a month before returning to Earth.