THE ASIAN AGE. | A RAGU RAMAN

The 25-tonne class twin-engine aircraft can evade all radars. 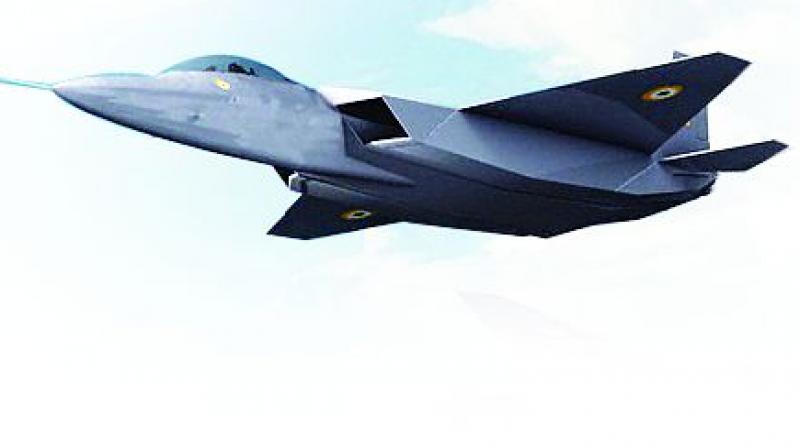 Tirupati: With the induction of light combat aircraft (LCA) Tejas into the Indian Air Force this year, the Aeron-autical Development Age-ncy (ADA) which has jointly developed the fourth generation aircraft with Hindustan Aeronautics Limited (HAL),  is now ready to develop the stealth fighter aircraft.

“The concept and feasibility study for the Advanced Medium Combat Aircraft (AMCA) has completed and submitted to the government. We are awaiting the government’s approval to develop prototype vehicles (PVs),”  P.Ramachandra, director, admin and planning, Aero-nautical Development Agency told this newspaper on the sidelines of the Indian Science Congress.

It is designed to be the 25-tonne class aircraft whereas the Tejas is weighing only about 10 tonnes. It will have the range of 2,800 km.

“The aircraft will have many stealth features for evading radars. The weap-ons and antennas will not be visible from outside. This makes the aircraft heavy and it will have twin-engines,” he said.

This was envisioned as a replacement for the British Jaguar and Mirage 2000 which the IAF flies.

According to defence experts, the stealth  fighter would be of great help during the initial days of a major war as it will allow the air force to target   enemy’s infrastructure such as roads, railways, airfields, radars, headquarters and depots.

The Aeronautical Development Agency also plans to showcase the model in the upcoming Aero India exhibition.

“We are going to carry out the changes very soon,” he added.

When asked about the prolonged delay in developing the LCA, he pointed out that the aircraft was developed within eight years after it was sanctioned in 1993.

“The combat aircraft can be customised to our requirement which was earlier not possible with the imported planes. More than anything we have saved Rs 50,000 crore for the country as the HAL secured orders for 83 LCA Mark-1A planes,” he said.