Dubai hopes to use for local transportation under the city’s 2030 Dubai Future Accelerators. 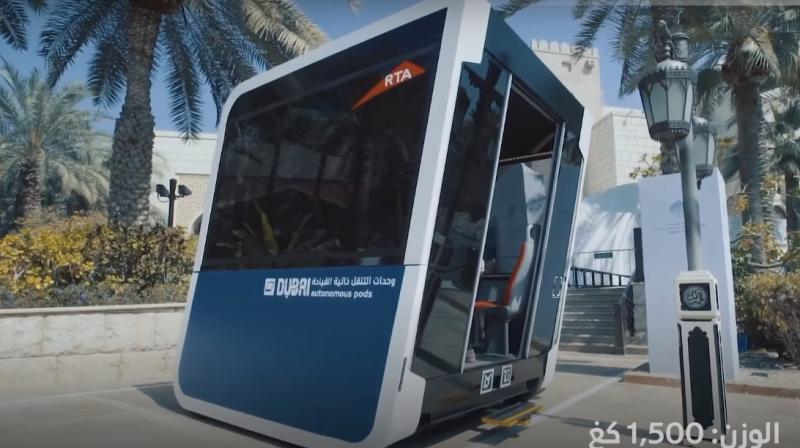 “The goal is to develop these two research vehicles,” Khaled al-Awadhi, director of Automated Collection Systems at the RTA, said.

Dubai has begun testing autonomous pods in a trial run the Gulf’s trade and tourism hub hopes will help its transformation into one of the smartest cities in the world. Officials from Dubai’s Roads and Transport Authority (RTA) displayed two cube-shaped vehicles built by US-based Next Future Transportation company in Italy as they spun around on the main street in Dubai.

Passersby stopped to try out the six-seat vehicles and question the Italian engineers overseeing the test. RTA officials said they have allocated 1.5 million dirhams ($410,000) for further research and development of the vehicles, which Dubai hopes to use for local transportation under the city’s 2030 Dubai Future Accelerators, which aims to make 25 percent of daily transportation self-driven.

“The goal is to develop these two research vehicles,” Khaled al-Awadhi, director of Automated Collection Systems at the RTA, said.

“These tests are aimed at developing the performance of these vehicles,” he added, without giving details on the cost of the project. He said several projects were being developed, including self-driving buses and a marine transportation system. The RTA says the autonomous pods would travel on pre-programmed routes in the first few years, but would eventually become accessible for pick up from home using a mobile telephone application.

No date was provided for the start of either service. RTA officials said they hoped to have a more solid plan for the program by the end of 2018 or early 2019. The vehicles are powered by electricity and have a top speed of 80 km (50 miles) per hour. Dubai last year unveiled plans for a“flying taxi.”