Following is a list of important scientific discoveries and innovations from the year 2016. 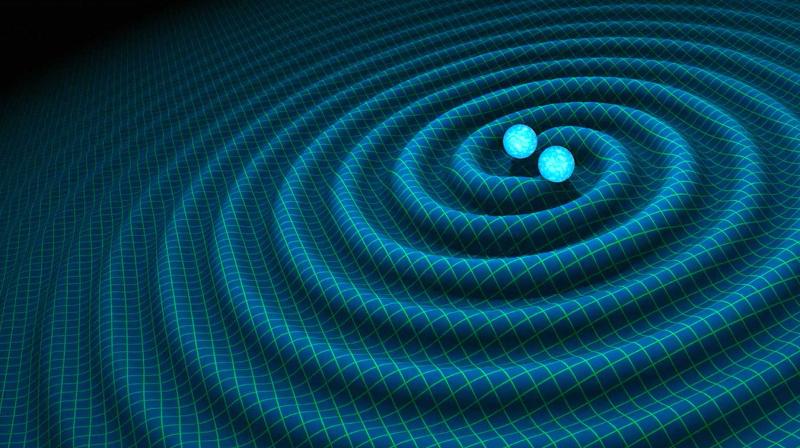 This has been one of the most innovative decades in human history. We found a likely replacement for Earth; are able to cut out diseases and can now control the way plants grow. Following is a list of important scientific discoveries and innovations from the year 2016.

1. Gravitational Waves
Imagine the Universe as one giant, still-spreading fabric consisting of space and time. Einstein first thought this concept up back in 1916 and exactly a hundred years later, we found the very ripples that flow through this fabric. The gravitational waves were triggered by a colossal explosion — between two black holes — and took their time to reach Earth where they were picked up by the  Laser Interferometer Gravitational-Wave Observatory (thankfully shortened to LIGO). Gravitational waves can offer us a deeper peek into the vast black using time. You see, light from the distance takes time to reach us and astronomers limited to using light to study objects will have a better access to the history of Space using gravitational waves.

2. A home away in space
If things get worse here on Earth, we may have a new destination. It’s called Proxima Centauri B, located 4.2 light-years or 25 trillion miles from our Big Blue. The boffins are not sure about “habitability” in the purest sense but are confident because B is close... close enough for contact. And it could be a good place to work too. On B, a year lasts just 11 days and the planet exists in a zone in the universe scientists believe encourages water and perhaps, an atmosphere. It’s also just a little bigger than Earth. B’s discovery is crucial because it busts a myth about Red Dwarf stars. Red Dwarfs were not seen as hosts for life but now, experts believe they could be holding hospitable planets nearby.

3. Photosynthesis has been ‘extended’
In November, food scientists from the University of Illinois were able to prove how photosynthesis can be tweaked to produce better crop yields. It wasn’t easy though. Photosynthesis appears to be simple but it is a complex total of 140 different processes and the scientists took decades to prove their theory — which they tested on tobacco plants. Plants shield themselves from extra sunlight (otherwise they will be bleached) and it takes them an hour to come back to full photosynthesis production under the shade. But the scientists have figured out how to speed up the process of recovery, thereby increasing the photosynthesis period.

4. The EM drive
Nasa’s EM drive engine wasn’t supposed to work. In theory, you can’t generate thrust without a fuel. And rockets are forced to carry a lot of fuel just to escape the Earth’s gravity — over 90 per cent of the rocket is just a big tank of flammable liquid. But the EM Drive relies on microwaves that are pushing into a cone for propulsion. The technology was first suggested in 2001 by aerospace engineer Roger Shawyer but now, in 2016, Nasa is secretly diving deep into EM drive. Without the need for fuel, spacecraft can move deeper into Space. And the best part is, reactionless drive can help us reach Mars in three months!

5. Feeding seaweed to cows can save the planet
Farting cows can destroy the planet. The bovine population is responsible for 44 per cent of all human-caused methane — a gas that has 36 times the global warming potential of carbon dioxide. Which means millions of burps are responsible for that big hole in the Ozone layer. But scientists have come up with a solution. They say feeding cows dried seaweed can cut the methane production by over 70 per cent, or 2.17 gigatonnes. That’s the entire amount of CO2 that India emits each year!

6. The male pill
Now, this is coming soon. Vasalgel claims to be a non-hormonal male contraceptive and the only other “stopping device” that’ll be approved by the American Food and Drug Administration, since the condom. Analysts say Vasalgel will be available in the market from 2018. It’s basically a polymer that’s injected into the man’s sperm-carrying tubes, via the scrotum. No, don’t worry. It’s a procedure carried out under the blessed protection that’s anesthesia. This polymer blocks the sperm from creating surprises and one injection lasts for a few years. The process is also reversible. Another injection can be used to dissolve the polymer.

7. Man moves metal fingers, for metal
The University of Ohio has achieved something wonderful. The scientists were able to give back 24-year-old Ian Burkhart, who had been a quadriplegic for six years, the use of his fingers using small chip in his brain. Once inserted, the chip transmits signals to a terminal, which then fires off that information into an electronic sleeve worn on the man’s arm. That sleeve proceeds to use wires to power up specific muscles, making the fingers move in real time. And this is not some, ‘Oh look he can move the egg without breaking it’ experiment. Burkhart was able to play the guitar!

8. The Road that repairs itself
Nemkumar Banthia left for beautiful Canada after a few years at one of India’s finest finishing schools — IIT Delhi. That was 34 years ago. But Banthia focussed on building a solution that could help his home country. Since 2014, his team has been busy working — 90 kilometres from Bengaluru — on a road  that can heal itself.  In 2016, that road was deemed a success. Banthia’s road is 60 per cent thinner than the usual car killers and replaces about 60 per cent of cement with fly-ash. It’s also 30 per cent cheaper to build and can last for 15 years! How does it work? Well, just water the cracks and the nano coating in the road will help it heal itself.

9. CRISPR is the method
Imagine editing out problems within our genes. CRISPR stands for ‘Clustered Regularly Interspaced Short Palindromic Repeats’. In simpler terms, CRISPR is the ability to specifically target viruses and bacteria that threaten an organism. It has been around for years, but in 2016, China has taken it to a whole new level as experts  there are trying to remove damaged DNA cells from cancer patients. The whole world is waiting for the results from that op. When viruses attack the body, the system has to learn how to fight it. This leads to one gigantic war involving tiny cells. CRISPR however, knows the threats and immediately after it detects an attack, the system sends relevant tips and guides to the Body’sdefence system — helping prevent the attack in the first place.

10. A private rocket returns. vertically
SpaceX has been struggling to build a rocket that can be quickly prepped to fly again. A major requirement for re-usability of a rocket is that it must land vertically — vertical landings save costs, and time between launches. Which is why 2016 has been an important year for SpaceX. On April 8, it was able to land a rocket vertically on top of a floating drone ship. It was hailed as a big step towards privatising Space travel. But there’s much to go. SpaceX has had a few setbacks and this year, a Falcon 9 rocket blew up before it could take off.

11. The world’s biggest factory
A 13-year-old car firm, which never has had a year of profit, is building the world’s largest factory at a cost of $5 billion. The facility will be used to build batteries and the Tesla electric car. Currently, the factory is bigger than 95 football fields. The factory will also recycle. Founder Elon Musk says entire trains will go into the factory, only to emerge as batteries!

12. Power from the air
All our devices need electricity and that means carrying around an extremely annoying power chord. But two scientists have deviced a way to transfer power wirelessly. Shyamnath Gollakota and colleague Joshua Smith have modified two devices — one that emits a radio signal and the other that modifies that radio signal into electricity.

13. The 360-degree tyres
Goodyear is re-inventing the tyre. The 360-degree tyre debuted in markets in March. Now, imagine you have to parallel park and you have run short on space. The 360- degree tyre will allow you to just move sideways, right into that god-given space at the local mall. The tyres rely on magnetic levitation. “Whereas traditional tires are bolted to cars, the Eagle 360’s hover beneath them, free from the limits of traditional steering,” says the company. The firm is hoping the tech will excite those working on autonomous cars and yes, they could be on to something there.

14. A very sweet potato
In the vast arid plain of sub-Saharan Africa, over 43 million children under the age of six suffer from severe Vitamin A deficiency. But now, special sweet potato has been developed by cross-breeding local varieties with those that are rich in Vitamin A. The new potatoes are also more resilient and have better immunity from viruses.

15. AI finally beats a human
Mankind has been playing Go for centuries. It’s a game that needs strategy and Lee Sedol is one of the best at it. But in March, Google DeepMind’s AI programme, AlphaGo, beat Sedol to score one of the most important victories for AI. AlphaGo’s makers say the programme’s success means it can soon be applied in climate modeling and medical services.