Science   05 Jan 2021  Covaxin: Last word on efficacy yet to be heard
Science

Covaxin: Last word on efficacy yet to be heard 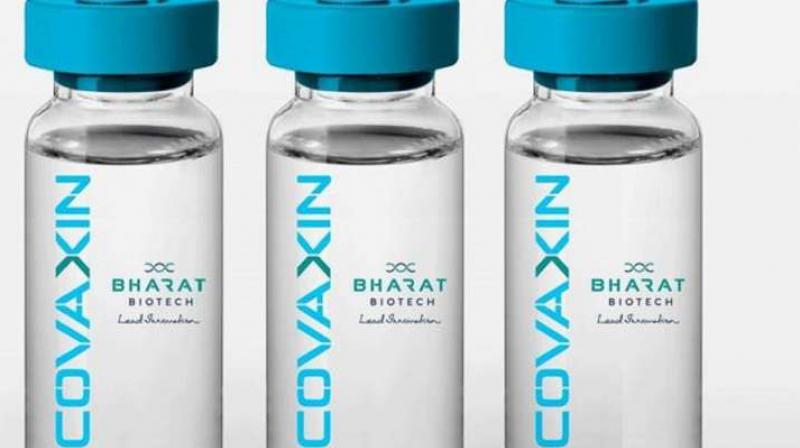 The vaccine was tried on hamsters and monkeys and it was found that after administration of both doses, there were no virus particles in upper and lower lungs

Hyderabad: Efficacy of Covaxin will be known only after two doses are administered in all 25,800 human volunteers. The data will be available by March 2021 while doubts are being raised on the ‘clinical trial mode’ approval by the Drugs Controller General of India.

The term ‘clinical trial mode’ has raised doubts in the minds of scientists as to why a vaccine is being given permission without the completion of human trials.

Clarifying on the permission by DCGI, Dr Krishna Ella, chairman of Bharat Biotech says, “All those who having Covaxin jabs will be monitored. Healthcare workers will be the first to have the jabs and this will be a parallel trial.”

In the clinical trial mode, children above 12 years will also be given the vaccine and their observations and results recorded.

Emergency Use Authorization for a vaccine has been given for the first time in India. The rules of DCGI had been amended in 2009 when the first SARS-Cov 1 was notified in China. From then on, for swine flu, Ebola and other diseases, emergency use authorization is done globally.

India has for the first time taken up EUA due to the on-going pandemic and the emerging new strain SARS-Cov 2 B.1.1.7. Permission to an indigenous company that has still not completed its human trials has raised doubts in the minds of scientists.

Some 24,000 volunteers were recruited till date and the clinical trials are ongoing. The total number to be recruited for this is 25,800. These volunteers are given two doses each of Covaxin. The first dose will be counted as Day 0 and the second dose as Day 28. Till both the doses are given, it will not be clear how effective is the vaccine in protecting people from SARS-Cov 2.

The company says it is confident that the vaccine will provide 90 per cent protection based on the immunogenicity data and animal studies. The vaccine was tried on hamsters and monkeys and it was found that after administration of both doses, there were no virus particles in upper and lower lungs.

This data has been scientifically collected and the trial results are published and submitted to a government panel. “Clearing the challenge of animal studies is the most important step in the development of a vaccine and Covaxin has proven that it is completely safe,” stated Dr Ella.

The immunogenicity data and efficacy are co-related. In vero cell vaccines, it is found that there is protection from not one form but other variants of the virus too.

The number of human volunteers for recruitment has been a challenge for Bharat Biotech as there were not many showing a readiness. There were also other challenges like spread of ‘rumours’ about the side-effects of vaccines. The company needs 1,800 more volunteers to meet its target of 25,800.

The complete recruitment will help give a huge data on how the vaccine works, as they are given to those above 18 years of age, those suffering from co-morbid conditions and healthy subjects.

Covishield not to be taken by those allergic to its ingredients: Serum Institute