NASA took pity on Italian astronaut Paolo Nespoli's pizza craving and shipped up all the ingredients on an Orbital ATK capsule. 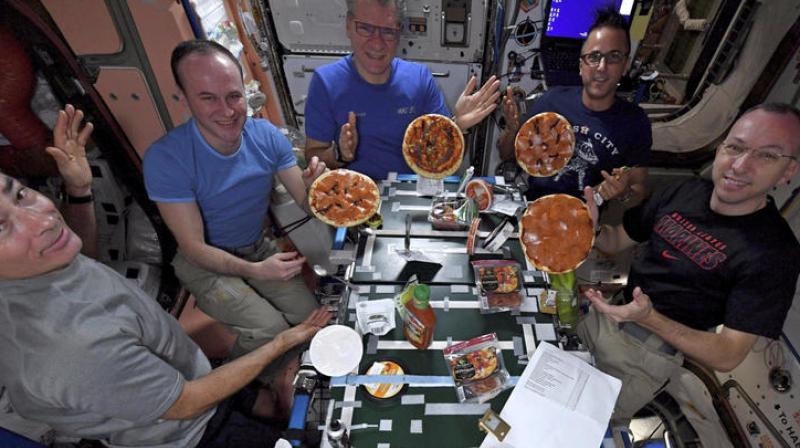 The first-ever pizza party in space is getting sky-high reviews.

Astronauts at the International Space Station posted pictures and a video over the weekend of their small, made-from-scratch pizza pies. The fixings flew up last month on a commercial supply ship, and the crew wasted little time pulling out the flatbread, tomato sauce, cheese, pepperoni, olives, olive oil, anchovy paste and pesto.

After making their own individual-size pizzas, the six astronauts tossed and twirled them like floating Frisbees, before heating and devouring them.

Commander Randy Bresnik called the pizzas "flying saucers of the edible kind." The crew, he said in a tweet, "had a blast channeling our inner chef by building tasty pizzas for movie night."

Nespoli has just over a week before returning to true Italian cuisine. He will land in Kazakhstan on Dec. 14, along with Bresnik and a Russian.