80 per cent COVID-19 immunity lost in 6 months in some after Pfizer shot: US study 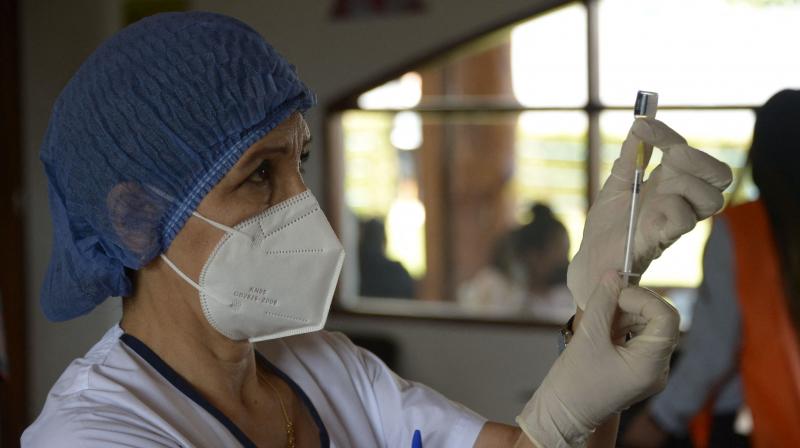 A nurse prepares a dose of the Pfizer-BioNTech vaccine against COVID-19 at the Cecilia Rivadeneira Foundation in Quito. (Photo: AFP/File)

Washington: COVID-19 antibodies produced by the Pfizer vaccine decreased more than 80 per cent in senior nursing home residents and their caregivers six months after receiving their second dose, a US study has found.

The research led by Case Western Reserve University and Brown University in the US studied blood samples of 120 nursing home residents and 92 health care workers.

The researchers particularly looked at humoral immunity -- also called antibody-mediated immunity -- to measure the body's defences against the SARS-CoV-2 virus, which causes COVID-19.

The yet-to-be published study, posted on the preprint server medRxiv, found that individuals' antibody levels decreased more than 80 per cent after six months.

Earlier research by the team found that within two weeks of receiving the second dose of vaccine, seniors who had not previously contracted COVID-19 already showed a reduced response in antibodies that was substantially lower than the younger caregivers experienced.

By six months after vaccination, the blood of 70 per cent of these nursing home residents had "very poor ability to neutralise the coronavirus infection in laboratory experiments," said David Canaday, a professor at the Case Western Reserve University.

The results support the Centers for Disease Control and Prevention's (CDC), recommendation for booster shots  especially for the elderly  due to fading immunity, Canaday said.

The study noted that the boosters are even more important as the Delta variant spreads.

Early in the pandemic, higher COVID-19 mortality among nursing home residents in the US led to making them a priority for vaccination, the researchers said.

Most nursing home residents received the Pfizer vaccine under the emergency use authorisations because it was the first available vaccine on the market, they said.

"With nursing home residents' poor initial vaccine response, the rise of breakthrough infections and outbreaks, characterisation of the durability of immunity to inform public health policy on the need for boosting is needed," the authors of the study added.