NASA is gearing up to launch an atomic clock into space, which will help the space agency understand methods. 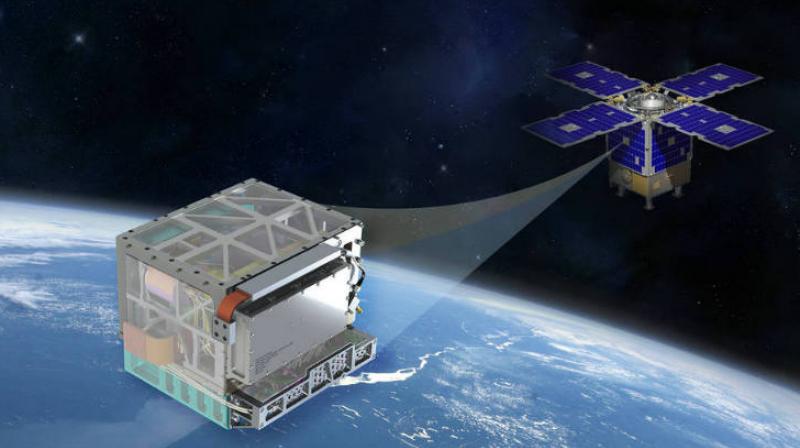 In deep space, accurate timekeeping is vital to navigation, but not all spacecraft have precise timepieces aboard.

NASA is planning to send its new deep space atomic clock on a flight aboard a spacecraft, to test the system's ability to provide accurate onboard timekeeping for future missions. In deep space, accurate timekeeping is vital to navigation, but not all spacecraft have precise timepieces aboard.

For 20 years, NASA's Jet Propulsion Laboratory (JPL) in the US has been perfecting the Deep Space Atomic Clock (DSAC), an instrument being built for deep space exploration. Most missions rely on ground-based antennas paired with atomic clocks for navigation. Ground antennas send narrowly focused signals to spacecraft which return the signal. NASA uses the difference in time between sending a signal and receiving a response to calculate the spacecraft's
location, velocity and path.

This method, though reliable, could be made much more efficient. For example, a ground station must wait for the spacecraft to return a signal, so a station can only track one spacecraft at a time. An Atomic Clock, GPS Receiver and Ultra Stable Oscillator make up the Deep Space Atomic Clock Payload and is integrated into the middle bay of Surrey Satellite US Orbital Test Bed Spacecraft.

"Navigating in deep space requires measuring vast distances using our knowledge of how radio signals propagate in space," said Todd Ely of JPL, DSAC's principal investigator. "Navigating routinely requires distance measurements accurate to a meter or better. Since radio signals travel at the speed of light, that means we need to measure their time-of-flight to a precision of a few nanoseconds," said Ely.

"Atomic clocks have done this routinely on the ground for decades. Doing this in space is what DSAC is all about," he said. The DSAC project aims to provide accurate onboard timekeeping for future NASA missions. Spacecraft using this new technology could use a signal sent from Earth to calculate a position without returning the signal and waiting for commands from the ground, a process that can take hours.

Timely location data and onboard control allow for more efficient operations, more precise manoeuvring and adjustments to unexpected situations. This paradigm shift enables spacecraft to focus on mission objectives rather than adjusting their position to point antennas earthward to close a link for two-way tracking. The innovation will allow ground stations to track multiple satellites at once near areas like Mars, crowded with NASA science missions.

The DSAC test flight will take this technology from the laboratory to the space environment. While in orbit, the DSAC mission will use the navigation signals from US GPS coupled with precise knowledge of GPS satellite orbits and clocks to confirm DSAC's performance. The demonstration should confirm that DSAC can maintain time accuracy to better than two nanoseconds over a day, with
a goal of achieving 0.3 nanosecond accuracy.

Once DSAC has proven the technology, future missions can use its technology enhancements. The clock promises increased tracking data quantity and improved tracking data quality. Coupling DSAC with onboard radio navigation could ensure that future exploration missions have the navigation data needed to send humans back to the moon and traverse the solar system.