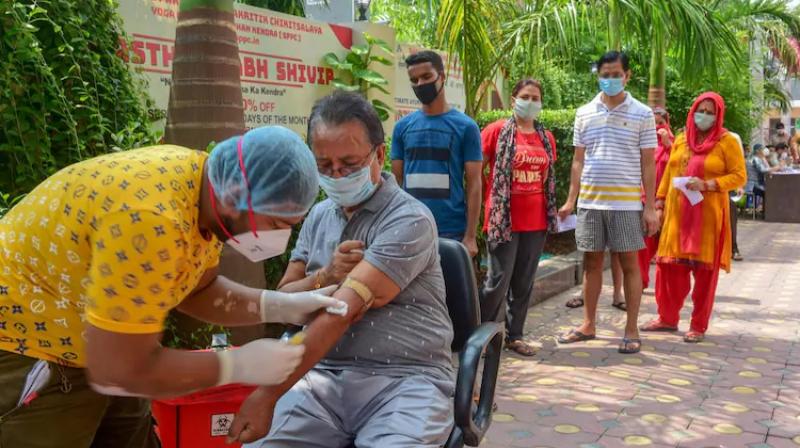 The presence of antibodies indicates previous exposure to the SARS-CoV-2 virus but may not always translate into protection against the disease, say scientists. (PTI Photo)

New Delhi: The presence of antibodies indicates previous exposure to the SARS-CoV-2 virus but may not always translate into protection against the disease, say scientists, citing imponderables such as what kind of antibodies, how many and how long they last.

As worries over India's COVID-19 spike mount  the country added 75,809 cases on Tuesday to take its tally to 42,80,422  scientists are grappling with the pivotal issue of antibodies and trying to understand how they impact on the progression of the disease.

But the jury is still out there with several studies and hypotheses but no consensus yet. The only thing that can be said with any degree of uncertainty is that antibodies are a sign the person has already been infected with the novel coronavirus, the scientists said.

Immunologist Satyajit Rath said he would prefer to wait and see where the evidence goes.

Antibody presence in itself tells us nothing about disease progression in individuals, said the scientist from New Delhi's National Institute of Immunology (NII).

There are neutralising antibodies (nAbs) and also simple' antibodies. While nAbs produced against the novel coronavirus can block its entry into the host cell, other antibodies are also generated against many parts of the virus, added Vineeta Bal from Pune's Indian Institute of Science, Education and Research (IISER).

The simple' antibodies are an indication of host response to viral presence but are not that useful to stop further spread of the virus, Bal told PTI.

Simple presence of antibodies is a clear indication of previous exposure to SARS-CoV2 but does not necessarily guarantee protection from the disease in the absence of neutralising antibodies, the immunologist added.

Presence of nAbs in sufficient concentrations and for longer period is the most likely indicator of protection of the individual from next exposure leading to illness i.e. COVID-19, she explained.

Bal also noted that there is no consensus on what levels of nAbs are 'protective' from the public health perspective or to ensure that plasma therapy is likely to be useful.

Different sero-survey tests have been conducted in India in the last few months with the aim of indicating the actual number of infected cases in the country.

A sero-survey involves testing the blood serum of a group of individuals for the presence of antibodies against that infection to know who has been infected in the past and has now recovered.

According to Rath, one of the many problems in looking for easy patterns in the serological evidence is that not everyone is using the same antibody tests.

In fact, all antibody tests in the market are not against the same viral protein target, and some investigators use only one target, others use more. And it is possible that tests differ in their sensitivity, Rath told PTI.

The scientist also noted that most surveys are reporting people as just 'positive' or 'negative', and not analysing antibody levels present in the blood.

So far, the limited evidence available does indicate that these antibody tests seem to correlate with protective antibody levels too. However, there is not much that can be said to individual people about their risk of reinfection or their level of protection.

Reinfections should not be equated with disease due to repeat exposure to the same or related virus, she said, adding that the recent case of reinfection in the person in Hong Kong was discovered due to screening test rather than symptoms.

While it is not clearly known whether people who generate antibodies against SARS-CoV-2 are protected from reinfection, scientists also don't know how long those antibodies persist.

Delta variant may spread as easily as chickenpox, cause severe infection: Reports