Scientists at NASA have started a campaign inviting the public to choose an informal name for the New Horizons mission's next flyby target. 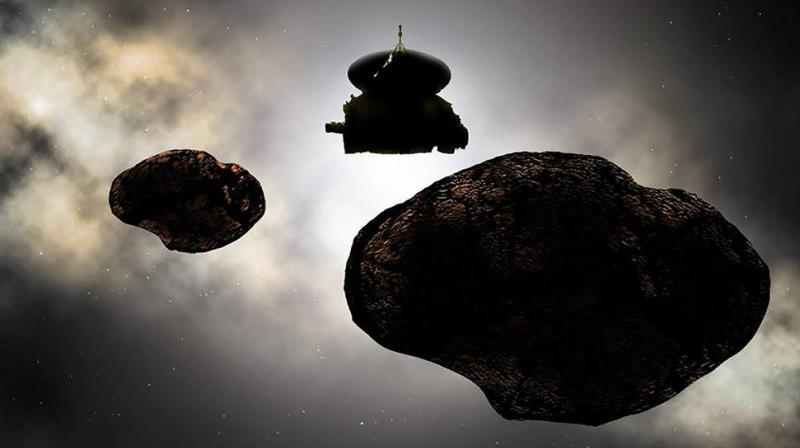 To lighten the mood as New Horizons aims for a 2019 flyby, the research team is holding a naming contest. (Photo: NASA)

Heads up, armchair travellers. NASA is seeking a nickname for a tiny, icy world on the edge of the solar system that's the next destination for New Horizons, the spacecraft that surveyed Pluto.

New Horizons whipped past Pluto two years ago. Now it's headed for 2014 MU69 - gobbledygook to even the most die-hard scientists.

“New Horizons made history two years ago with the first close-up look at Pluto, and is now on course for the farthest planetary encounter in the history of spaceflight,” said Thomas Zurbuchen, associate administrator for NASA’s Science Mission Directorate in Washington.

To lighten the mood as New Horizons aims for a 2019 flyby, the research team is holding a naming contest. The deadline is December 1. MU69 is 4 billion miles (6.5 billion kilometres) away and may actually be two objects, either stuck together or orbiting one another. If so, two nicknames would be needed. The nicknames will be temporary. NASA said Monday that a formal name will come after the flyby.