The candidate vaccine has now advanced to the next phase of the pre-approval trial process and will be tested in 2,600 women. 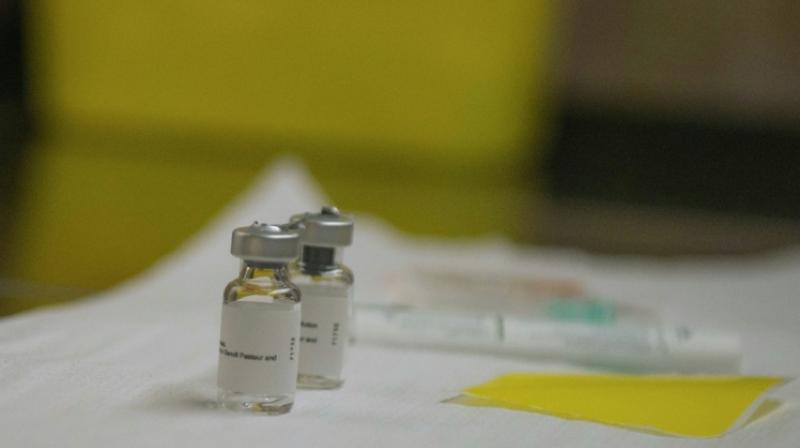 The near 40-year quest for an AIDS vaccine received a hopeful boost on July 7 when scientists announced that a trial drug triggered an immune response in humans and shielded monkeys from infection.

Shown to be safe in humans, the candidate vaccine has now advanced to the next phase of the pre-approval trial process and will be tested in 2,600 women in southern Africa to see whether it prevents HIV infection. While the results so far have been encouraging, the research team and outside experts warn there are no guarantees it will actually work in the next trial phase dubbed HVTN705 or "Imbokodo" -- the isiZulu word for "rock."

"This is only the fifth HIV vaccine concept that will be tested for efficacy in humans in the 35+ year history of the global HIV epidemic," added Barouch.

Only one so far, RV144, yielded some protection. RV144 was reported in 2009 to reduce the risk of HIV infection among 16,000 Thai volunteers by 31.2 per cent -- deemed insufficient for the drug to be pursued.

For the latest study, published in The Lancet medical journal, Barouch and a team tested the candidate drug on 393 healthy, HIV-free adults aged 18 to 50 in East Africa, South Africa, Thailand, and the United States. The participants were randomly given one of seven vaccine combinations or a placebo "dummy" alternative. They received four shots each over 48 weeks.

These combine pieces of different HIV virus types to elicit an immune response -- when the body attacks intruder germs -- against virus strains from different regions of the world.

The vaccine "induced robust (high levels of) immune responses in humans," said Barouch. The tests also showed the vaccine was safe. Five participants reported side-effects such as stomach pain and diarrhoea, dizziness, or back pain.

In a separate study, the same vaccine offered complete protection from infection in two-thirds of 72 trial monkeys each given six injections with an HIV-like virus.

"I cannot emphasise how badly we need to have a vaccine... to get rid of HIV in the next generation altogether," said Francois Venter of the University of the Witwatersrand Reproductive Health and HIV Institute in South Africa.

Approached for comment on the study, which he was not involved in, Venter urged caution.

"We have been here before, with promising candidate vaccines that haven't panned out," he told AFP.

"This one is novel in many ways so it is exciting, but we have a long way to go."

Jean-Daniel Lelievre of France's Vaccine Research Institute said the vaccine was likely not the "definitive" version but may represent "a phenomenal advance." An estimated 37 million people living with HIV/AIDS, according to the World Health Organization.

There are about 1.8 million new infections and a million deaths every year. Almost 80 million people are estimated to have been infected since the virus was first diagnosed in the early 1980s.

About 35 million have died. A vaccine has proven elusive as the human immunodeficiency virus (HIV) mutates easily and can hide away in cells, evading the immune system, only to reemerge and spread years later.

For now, people infected with HIV rely on lifelong virus-suppressing anti-retroviral treatment (ART) to stay healthy. Condoms are still at the frontline of efforts to prevent infection -- mainly through sex and blood contact -- though more and more people use ART as prophylaxis. The latest results come ahead of the International Aids Conference to be held in Amsterdam from July 23 to 27.