For the past 15 years, scientists have been eagerly anticipating the data from Gaia. 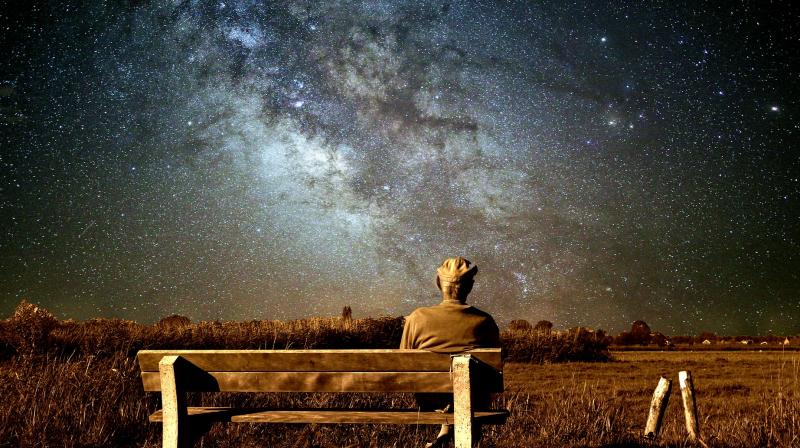 As these stars have been around since the earliest days of the Clouds' existence, they offer an insight into the pair's history. (Representational image)

Washington: According to an international team of astronomers led by researchers from University Of Cambridge, the Magellanic Clouds, the two largest satellite galaxies of the Milky Way, appear to be connected by a bridge stretching across 43,000 light years. The discovery is based on the Galactic Stellar census being conducted by the European Space Observatory, Gaia and reported in the journal Monthly Notices of the Royal Astronomical Society (MNRAS).

For the past 15 years, scientists have been eagerly anticipating the data from Gaia. The first portion of information from the satellite was released three months ago and is freely accessible to everyone. This dataset of unprecedented quality is a catalogue of the positions and brightness of a billion stars in our Milky Way galaxy and its environs.

What Gaia has sent to Earth is unique. The satellite's angular resolution is similar to that of the Hubble Space Telescope, but given its greater field of view, it can cover the entire sky rather than a small portion of it. In fact, Gaia uses the largest number of pixels to take digital images of the sky for any space-borne instrument. Better still, the Observatory has not just one telescope but two, sharing the one metre wide focal plane.

Unlike typical telescopes, Gaia does not just point and stare: it constantly spins around its axis, sweeping the entire sky in less than a month. Therefore, it not only measures the instantaneous properties of the stars, but also tracks their changes over time. This provides a perfect opportunity for finding a variety of objects, for example stars that pulsate or explode - even if this is not what the satellite was primarily designed for.

The Cambridge team concentrated on the area around the Magellanic Clouds and used the Gaia data to pick out pulsating stars of a particular type: the so-called RR Lyrae, very old and chemically un-evolved.

As these stars have been around since the earliest days of the Clouds' existence, they offer an insight into the pair's history. Studying the Large and Small Magellanic Clouds (LMC and SMC respectively) has always been difficult as they sprawl out over a large area. But with Gaia's all-sky view, this has become a much easier task.

Around the Milky Way, the clouds are the brightest, and largest, examples of dwarf satellite galaxies. Known to humanity since the dawn of history (and to Europeans since their first voyages to the Southern hemisphere) the Magellanic Clouds have remained an enigma to date. Even though the clouds have been a constant fixture of the heavens, astronomers have only recently had the chance to study them in any detail.

Whether the clouds fit the conventional theory of galaxy formation or not depends critically on their mass and the time of their first approach to the Milky Way. The researchers at Cambridge's Institute of Astronomy found clues that could help answer both of these questions.

Firstly, the RR Lyrae stars detected by Gaia were used to trace the extent of the Large Magellanic Cloud. The LMC was found to possess a fuzzy low-luminosity 'halo' stretching as far as 20 degrees from its centre. The LMC would only be able to hold on to the stars at such large distances if it was substantially bigger than previously thought, totalling perhaps as much as a tenth of the mass of the entire Milky Way.

An accurate timing of the clouds' arrival to the galaxy is impossible without knowledge of their orbits. Unfortunately, satellite orbits are difficult to measure: at large distances, the object's motion in the sky is so minute that it is simply unobservable over a human lifespan. In the absence of an orbit, Dr Vasily Belokurov and colleagues found the next best thing: a stellar stream.

Streams of stars form when a satellite - a dwarf galaxy or a star cluster - starts to feel the tidal force of the body around which it orbits. The tides stretch the satellite in two directions: towards and away from the host. As a result, on the periphery of the satellite, two openings form: small regions where the gravitational pull of the satellite is balanced by the pull of the host. Satellite stars that enter these regions find it easy to leave the satellite altogether and start orbiting the host.

Slowly, star after star abandons the satellite, leaving a luminous trace on the sky, and thus revealing the satellite's orbit.

"Stellar streams around the Clouds were predicted but never observe," explained Dr Belokurov. "Having marked the locations of the Gaia RR Lyrae on the sky, we were surprised to see a narrow bridge-like structure connecting the two clouds. We believe that at least in part this 'bridge' is composed of stars stripped from the Small Cloud by the Large. The rest may actually be the LMC stars pulled from it by the Milky Way."

The researchers believe the RR Lyrae bridge will help to clarify the history of the interaction between the clouds and our galaxy.

"We have compared the shape and the exact position of the Gaia stellar bridge to the computer simulations of the Magellanic Clouds as they approach the Milky Way", explained Dr Denis Erkal, a co-author of the study.

"Many of the stars in the bridge appear to have been removed from the SMC in the most recent interaction, some 200 million years ago, when the dwarf galaxies passed relatively close by each other. "We believe that as a result of that fly-by, not only the stars but also hydrogen gas was removed from the SMC. By measuring the offset between the RR Lyrae and hydrogen bridges, we can put constraints on the density of the gaseous Galactic corona, Erkal added.

Composed of ionised gas at very low density, the hot Galactic corona is notoriously difficult to study. Nevertheless, it has been the subject of intense scrutiny because scientists believe it may contain most of the missing baryonic - or ordinary - matter. Astronomers are trying to estimate where this missing matter (the atoms and ions that make up stars, planets, dust and gas) is. It's thought that most, or even all, of these missing baryons are in the corona. By measuring the coronal density at large distances they hope to solve this conundrum.

During the previous encounter between the Small and Large Magellanic Cloud, both stars and gas were ripped out of the Small Cloud, forming a tidal stream. Initially, the gas and stars were moving at the same speed. However, as the Clouds approached our Galaxy, the Milky Way's corona exerted a drag force on both of them. The stars, being relatively small and dense, punched through the corona with no change in their speed. However, the more tenuous neutral hydrogen gas slowed down substantially in the corona. By comparing the current location of the stars and the gas, taking into account the density of the gas and how long the Clouds have spent in the corona, the team estimated the density of the corona.

Dr. Erkal concluded, "Our estimate showed that the corona could make up a significant fraction of the missing baryons, in agreement with previous independent techniques. With the missing baryon problem seemingly alleviated, the current model of galaxy formation is holding up well to the increased scrutiny possible with Gaia."